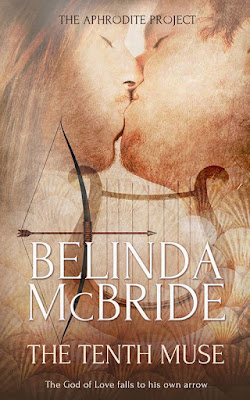 Blurb:
In a wicked game, the God of Love falls to his own arrow, and a gentle scholar learns how dangerous knowledge can be.

Aphrodite has had it.

It was bad enough that her son Eros walked a fashion show in drag, but did he really have to show the entire world his wings? Desperate to rein in the impulsive young god, she recruits the scholarly muse Rees to lure him back to Olympus until the scandal dies down.

After hundreds of years, Eros has finally located the reincarnation of his former love, Psyche. The only way to her heart is through fame, so the God of Love plans a daring campaign to win her back. Yet the closer he gets to Psyche, the more he’s drawn to a geeky young professor who came crashing into his life.

Eros drags Rees into his wicked world of high fashion and risqué parties, only to expose him to danger from an unexpected source. When Rees’ secrets come out, they threaten to destroy Eros’ love for him. Yet when Rees is kidnapped, Eros is forced to turn to the woman who set this catastrophe in motion—his mother, Aphrodite.

Reader Advisory: This book contains some scenes of kidnapping/captivity and graphic scenes of death and violence. This book also contains references to/discussions of rape.

“What else do you know about Eros? Not me, but the god.” He was intrigued. Granted, Rees seemed to know a great deal about…well…everything. But it was just weird to hear him talking about the historical version of Eros.

“He loved long and true. Odd, that the god you say symbolizes lust is one of the few who had only one consort and one child.”

He pressed his eyes closed at the mention of his daughter, Bliss. She’d been his blood, half-divine, but like her mother, she’d finally succumbed to mortality. And like her mother, she’d chosen forgetfulness and rebirth. She’d been a mere heartbeat in his long existence. The memory of her made his heart ache. Sometimes he spotted a man or woman on the street, his gaze drawn by golden hair and blue, blue eyes. His grandchildren, hundreds of generations removed. It was another thought he avoided.

“Yes, of course. But people created these mythological beings out of a need for explanation. For comfort. They needed reassurance that there was more to the world than hard work and eventual death.”

He waded out farther, still facing Eros. His hands drifted in the clear water. “And think of it, Eros. Most of the Greek pantheon were rather fearsome characters, representing that which they feared and what they desperately needed. Apollo promised that when we woke in the morning, the sun would rise. Poseidon controlled the seas—when fishermen didn’t come back, it was the god’s will. And the fertility deities, Aphrodite, Hermes, Demeter…so very many gods and goddesses to pray to for successful crops and children. Then there was Eros. He was all about love. Not the weather or the crops or pregnancy, but quite simply…love. That was an amazing step forward in social development.”

Eros waded out into the water, enjoying the sensation of the sand slipping under his feet. He smelled salt on the air and thought of his mother. “He sounds a bit unnecessary to me.”

Rees turned and smiled at him. “He sounds like the creation of an evolving society.”

For a moment, Eros was afraid Rees would see his erection and be spooked, but even as the thought crossed his mind, warm water slipped up over his hips, hiding his groin. He tried to see if Rees was aroused, but the ebb and flow of the water revealed nothing.

Without much thought, Eros gave himself to the ocean, gliding under the surface, smiling a brief greeting to the tiny fish darting past.

Nearby, Rees was cutting through the water as though he’d been born to it, gliding down into the depths then rising, breaking the surface in a smooth, tireless stroke. The water was shallow. Eros skimmed along the bottom and kicked upward, rolling onto his back to watch the stars.

The version of Eros that Rees had described seemed like a stranger. How long since he’d really cared about others? He’d certainly known about Justin and Alejandro, but hadn’t been concerned enough to intervene. He’d worried over Rosalinda, and had almost talked himself out of the idea that she’d once been the love of his life. Because how could she be Psyche when he felt little for her beyond lust and a warmth that warred with his annoyance at her selfish behavior?

Beside him Rees drifted, completely comfortable in the water. Like Eros, he watched the sky, smiling at the path of a falling star.

Eros blinked, surprised at how much the saltwater stung his eyes. “Yeah. I made a wish.”

He wished the hollow spot in the middle of his chest would go away. He wished that the two young men back at the hotel would gather up their courage and grab their happiness. He wished like hell that Rees would touch him, just brush a hand against his cheek. Nothing happened, and his buzz faded away. When he looked up, they’d drifted far down the beach.

The lights of the hotel were distant. He wanted nothing more than to keep drifting, away from his past and his present. Away from the heartache of Rosa.

His eyes were burning again.

A strong hand settled on his arm and the gentle surf tugged them back to shore. He landed on the sand with his head pillowed on Rees’ chest, his ass coming to rest on boney knees. Rees wrapped his arms tightly around Eros’ shoulders. He held on as the waves tugged at them, pushing, pulling and bathing them in warmth and the tingle of sea foam. It felt odd to have someone else holding him. And when a strong, graceful hand settled over his heart, Eros could no longer blame the ocean for the sting in his eyes and the salt on his cheeks. He turned his face into Rees’ chest and he cried.

4.5 out of 5 stars
The Tenth Muse is the first book in Belinda McBride's new Aphrodite Project.

I must say that this book stole right into my top 20 of 2016. I truly did not expect that when I read the blurb, more because I'm not huge into the fashion world. However my inner Greek Mythology nerd grrrl was seriously happy with the characters and settings along with the backstories and secondary characters.

Speaking of characters I utterly adored Rees and wanted to wrap Eros in his own wings and hug him for days. While the romance for these two characters started out as a charade while Rees watched over Eros so he'd 'behave' watching Rees fall for Eros was sweet..and sexy as hell. Especially with Eros having met his 'soul-mate' as her reincarnated self but knowing that he's not what she needs any longer. Eros is strong to step back and let her spread her own proverbial wings and find the love that is calling to her in this lifetime. He's less inclined to allow himself to fall for Rees, especially since he doesn't know who Rees really is.

The Tenth Muse had some very well planned and well executed twists and turns within the story. It also had a few typical tropes but they were well placed and written as an enhancement to the story instead of just added in because it would move the story forward. While I'd love to share more about the plot there is quite a large part of it that would be a major spoiler. So I let you read for yourself this amazingly well crafted story and get the full effect of the plot twists and turns.

I highly recommend this for anyone that loves their ancient greek and roman mythology. Also any one that loves a little paranormal in their romance, this book would be spot on for you. The characters and the storyline of The Tenth Muse will keep you hooked from page one all the way to the end. I look forward to the next book in the series and seriously hope that it's Eros's brother as one of the main characters. 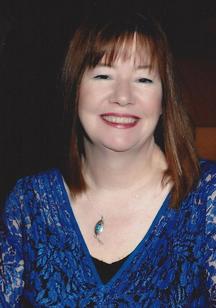 Belinda was born in Inglewood, California, but grew up far to the north in the shadow of Mt. Shasta. While her upbringing seemed pretty normal to her, she was surrounded by a fascinating array of friends and family, including various cowboys, hippies, scoundrels and saints.

She has a degree in history and cultural anthropology, but in 2006 made the life-changing decision to quit her job as a public health paraprofessional and stay at home full time to care for her severely disabled niece. This difficult decision gave Belinda the gift of time, which allowed her to return to writing fiction, which she’d abandoned years before.

Belinda’s hobbies include soap making, dog shows, collecting gemstones, travel, and Chinese martial arts. She has two daughters, three Siberian Huskies, two Salukis, and an array of wild birds that visit the feeders in the front yard.
As an author, Belinda loves crossing genres, kicking taboos to the curb, and pulling from world mythology and folklore for inspiration. She won the Passionate Plume in science fiction for her m/m romance An Uncommon Whore and the EPIC in paranormal romance for Blacque/Bleu, and in science fiction for The Bacchi. She, along with co-authors Cherise Sinclair and Sierra Cartwright were nominated for an RT Reviewer’s Choice Award.

You can find Belinda at