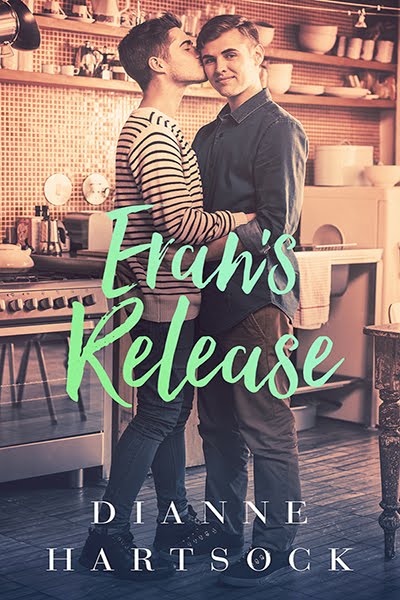 It's cliché to fall for the cute barista at the coffee shop, but Paul can't help it. Eran's shy smile and heated gaze are driving him wild. Convincing Eran to go out with him, however, is a lot harder than expected.

Eran's been burned before—by family and more, enough to make him jump at shadows and avoid intimacy. But Paul is determined, and with the help of counselors, classes, and an unexpected modeling gig, Eran might just find that taking a risk on what scares him the most, has a worthy payoff.

It's cliché to fall for the cute barista at the coffee shop, but Paul can't help it. Eran's shy smile and heated gaze are driving him wild. Convincing Eran to go out with him, however, is a lot harder than expected.

Eran's been burned before—by family and more, enough to make him jump at shadows and avoid intimacy. But Paul is determined, and with the help of counselors, classes, and an unexpected modeling gig, Eran might just find that taking a risk on what scares him the most, has a worthy payoff.

Paul rested his chin on his hand and watched the snow come down harder outside the window, already sticking to the sidewalks. The roads would be next. It was beginning to look bad for anyone flying into Denver for the holidays.

"Any news?" he asked the man opposite him.

Shelton flicked him a glance then looked back at the text message on his phone. "The airport's still open, but they're worried about ice, and Nevil's plane doesn't land for another hour. It might end up being diverted. Damn this snow."

"It's a week before Christmas. They wouldn't dare close the airport."

"From your lips to God’s ear."

Paul looked up into pale blue eyes, clear and earnest as they met his. Men shouldn't be allowed to have such pretty eyes. Especially not when they were surrounded by soft layers of dark hair cut in a bob at the chin, giving the man an almost feminine beauty.

"Can I have another espresso?" he asked, cursing himself for not requesting Eran's phone number instead. Eran was the main reason Paul had started favoring this coffee shop. He'd chatted the young man up, soon realizing he was both witty and friendly, though he danced around any personal questions. That had only intrigued Paul further. What was his story?

They both reached for his empty cup, and Eran pulled his hand back as if stung. Color flushed his cheeks and he murmured an apology as he grabbed the mug and hastened across the room, retreating behind the counter.

Shelton dragged his attention from the snow piling up outside to give him a questioning look. "Why don't you ask him out?"

"Don't play innocent! You've been inviting me here for the last two weeks, then ignore me whenever you catch a glimpse of the lovely Eran."

Shelton snorted. "Save your lines for Eran. But Nevil's coming for the holidays, and I won't be able to play chaperone anymore."

Paul widened his eyes with a sudden thought. "I bet he thinks we're dating. Shit."

Shelton shook his head. "He does not."

A teasing smile curled Paul's lips. "Shelton, you're delicious. If I hadn't sworn off older men I'd definitely be attracted to you. Eran must be playing it cool because he thinks I'm with you."

"I'm not sure that's it." Something in Shelton's tone made Paul give him a closer look. Shelton shook his head. "I think he's interested in you, but something's holding him back from acting on it."

"It seems more than that to me. Look at him. He's beautiful and sweet. He should be walking around this coffee shop as if he owned the place. Or posing on some magazine cover. Instead, he's waiting tables. He seems fragile. Something's not right…"

Paul missed his next words as Eran approached with his coffee. He gracefully skirted the crowded tables, slim in dark jeans and tee-shirt and the green apron tied around his hips. Paul felt mesmerized as he took the drink from Eran's hands and murmured his thanks. Eran lingered to wipe the edge of their table with a rag, not quite meeting Paul's gaze. Shelton nudged Paul's shin with the toe of his shoe, rousing him.

"Oh, right. Eran, this is my co-worker, Shelton. We work in the loan department at the same bank." Paul motioned in Shelton's direction, sure he was babbling. "I'm keeping him company while his lover's out of town." He rushed on as Shelton snorted and Eran raised a brow. "I mean, we're just friends. If you were wondering," he added lamely.

A smile touched Eran's lips and he leaned over and tucked a strand of Paul's hair behind an ear. "In that case, the shop does close in five minutes, if you want to meet me out front."

Paul gaped at him, and Eran's smile widened, showing even white teeth. "See you soon."

Paul turned his baffled gaze on Shelton as Eran left them. "Did you hear him? Was I dreaming?"

"Merry Christmas. Now let’s go. You don't want to keep him waiting." He waved off Paul’s protest. "I can catch a cab. It’s no problem."

"Thanks." Paul slid money for their drinks and a generous tip under his untouched coffee, then grabbed up his coat. Happy, he surprised Shelton with a kiss on the cheek before they went to the door. Maybe Shelton was right and Eran had a past. But that was what first dates were for, right? To learn about each other? Whatever it was, Paul was sure it wasn't anything he couldn't handle. 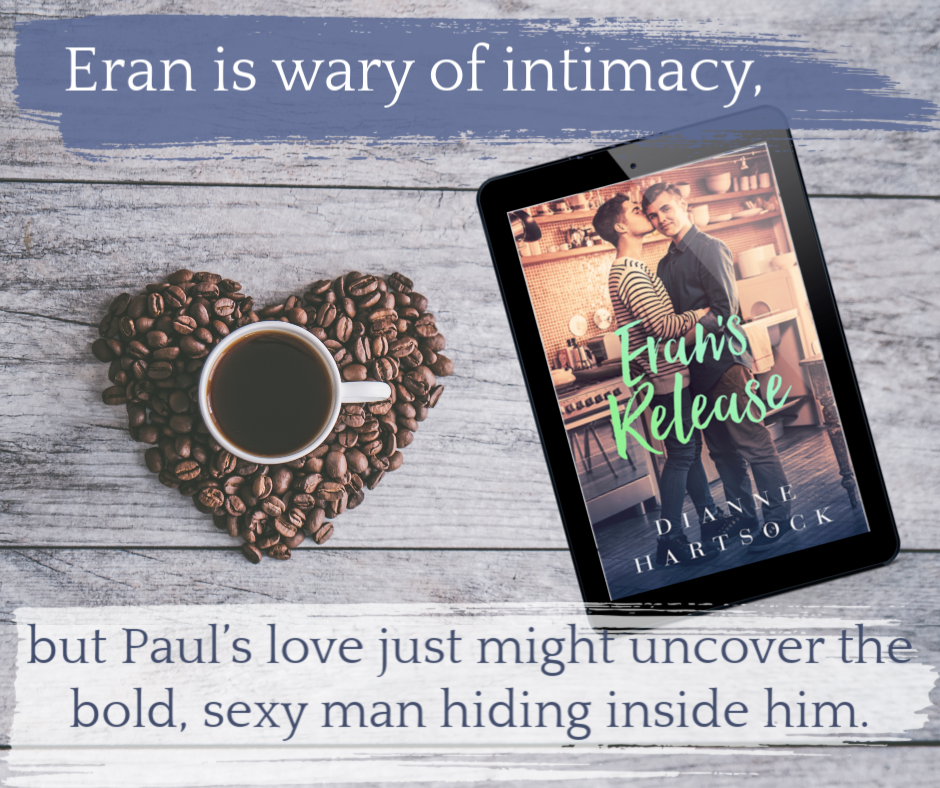 Dianne is the author of m/m romance, paranormal suspense, fantasy adventure, the occasional thriller, and anything else that comes to mind. She lives in the beautiful Willamette Valley of Oregon with her incredibly patient husband, who puts up with the endless hours she spends hunched over the keyboard letting her characters play. She says Oregon’s raindrops are the perfect setting in which to write. There’s something about being cooped up in the house with a fire crackling on the hearth and a cup of hot coffee warming her hands, which kindles her imagination. Currently, Dianne works as a floral designer in a locally-owned gift shop. Which is the perfect job for her. When not writing, she can express herself through the rich colors and textures of flowers and foliage.