Footsteps Of The Past by Felice Stevens - Release Blitz with Excerpt 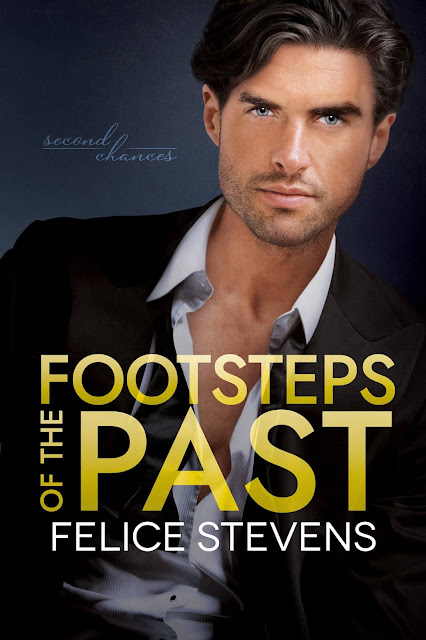 It was like in the movies: their eyes met from across the room and they fell in love.
Nine years later, Chess and André are the envy of all their friends.
But this is real life….and things are never what they seem.
Still waters run deep—the better to hide Chess’s ugly past. He’s worked hard to bury the troubled teen he once was and is living a life he never imagined possible. André’s love is a gift that makes him believe in second chances, and Chess is grateful for it every day. The only thing he wants is what André finds impossible to give: his time. Six months apart might be the breaking point, even for Chess.
One horrible night changed André’s life forever. Formerly a party boy of the Hamptons social scene, André buries himself in work for years until he meets Chess and learns to enjoy the simple things. He’s tired of being away from home all the time and ready to step down from his role as CEO of the family business, no matter how they try and pull him back in. But old habits die hard…and so do memories.
Photos from the past and present surface, shocking Chess and André out of their carefully constructed dream life. They are forced to face the unthinkable: the love they thought would last a lifetime may be on the brink of falling apart. Secrets are exposed, opening a Pandora’s box both men hoped would stay locked forever. Now Chess and André face the hardest question: do you ever really know the person you’re living with?
ADD TO GOODREADS 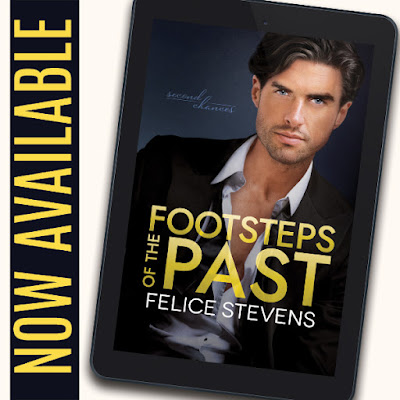 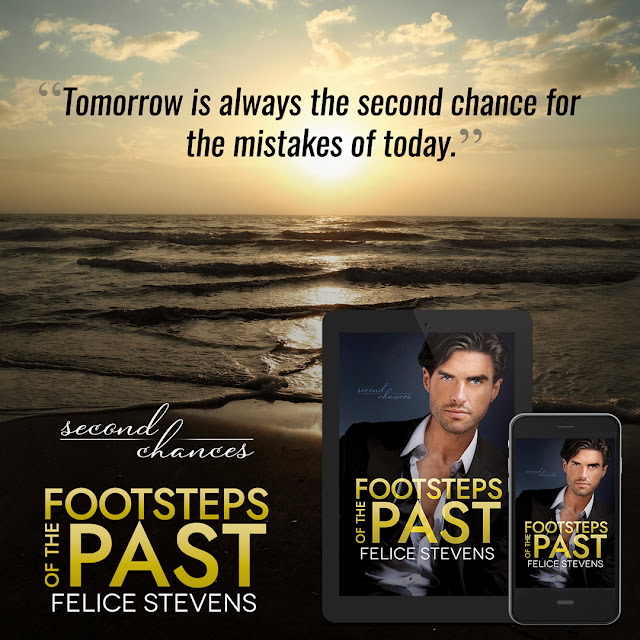 EXCERPT
“André, there you are. I wanted to make sure you met Professor Williamson, in case you couldn’t stay the entire evening. Knowing your busy schedule, we’re thrilled you were able to make it tonight.”
“Francis, I’m sorry, but I seem to have lost your champagne.” Chess’s stomach bottomed out, and he gazed mutely at the man. “I’m having a nice conversation with…” He grinned at Chess. “I’m sorry. I don’t know your name.”
Having no clue what the hell was going on, Chess said, “Chester. Chester Braxton.”
Williamson and Turcotte stared at him with a mixture of surprise and confusion on their faces, and then Williamson greeted him. “Hello, Chester. I hope you’re enjoying yourself. I see you’ve met André Webster.”
Chess’s mouth fell open in surprise, and he stared at the man, who raised his glass, hiding his smile behind it.
“André Webster of Webster Properties? One of the trustees of the university?”
“Surprise.” André’s blue eyes twinkled, and a dimple appeared in the crease of his cheek. Chess could’ve fainted from embarrassment. Or swooned from the man’s sheer sensuality. He managed to find his voice.
“I-I thought you were a waiter.”
“Which leads me to believe it’s high time to change my tailor. I obviously need a better-quality tuxedo.”
Chess snorted, and heat rose in his cheeks. “I’m sure that won’t be a problem. I’ll let you gentlemen speak. It was nice to see you again, Martin, President Turcotte. Mr. Webster, it was nice to meet you, and thank you for keeping me company.”
He walked away and found several colleagues he’d spoken to during his orientation. He greeted them, making casual conversation for a while. He spotted André Webster with other high-ranking faculty members, and their eyes met. Webster smiled and winked at him. Chess’s cheeks burned, and he turned away. With a glass of champagne in hand, he wandered over to the spread of food and nibbled on a few hors d’oeuvres, planning to slip out the door as unobtrusively as possible.
“To whom do I complain about the sad state of affairs of the cheese?” André Webster’s deep voice whispered in his ear, and Chess’s lips twitched.
“I couldn’t say.”
“Well, then maybe you’ll say yes to having dinner with me.”
“Dinner?” A thrill of anticipation shot through him. “When?”
“Now. I’m dying of boredom, and the only interesting part of the evening was talking to you. I’d like to continue that, but in a much more romantic setting.”
“Romantic?” Chess licked his lips. “Isn’t that coming on strong, considering we don’t know each other?”
“I plan on changing that tonight. I have a feeling you’re going to be the last man I ever ask on a date.” 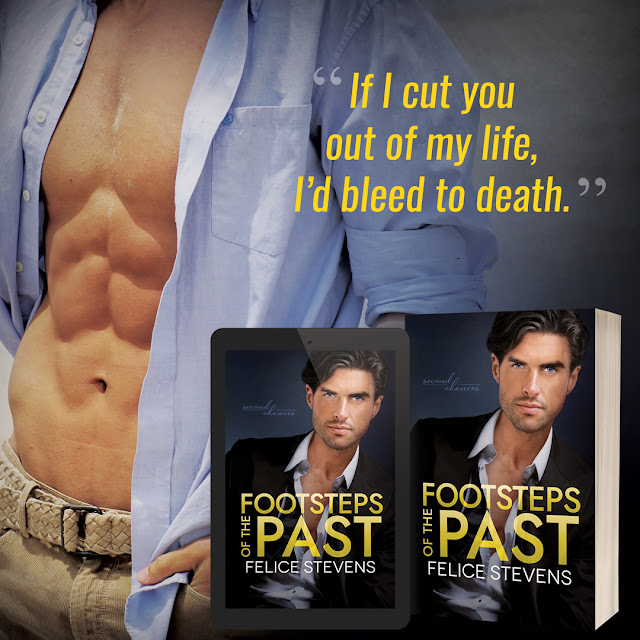 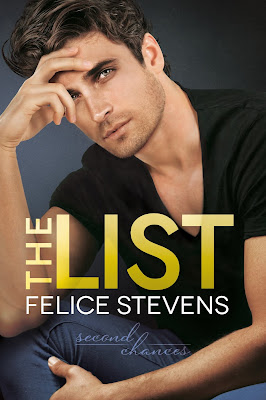 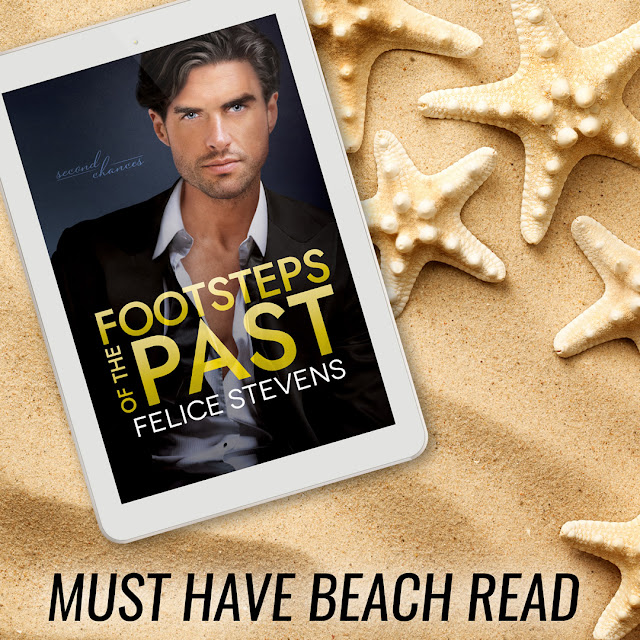 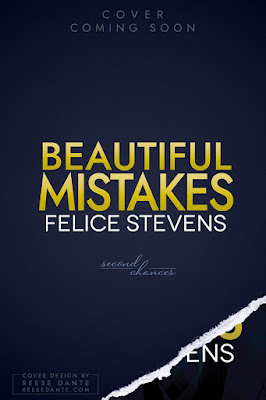 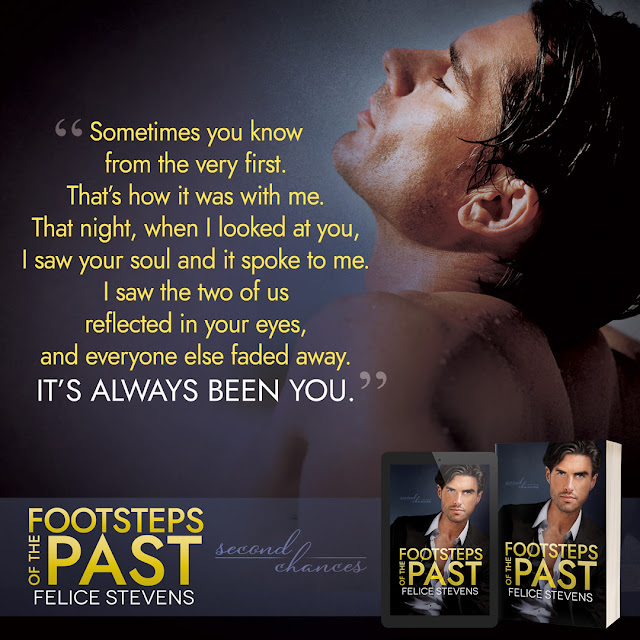 Felice Stevens has always been a romantic at heart. She believes that while life is tough, there is always a happy ending around the corner, Her characters have to work for it, however. Like life in NYC, nothing comes easy and that includes love.
She lives in New York City and has way too much black in her wardrobe yet can't stop buying "just one more pair" of black pants. Felice is a happily addicted Bravo and Say Yes to the Dress addict and proud of it. And let's not get started on House Hunters. Her dream day starts out with iced coffee and ends with Prosecco, because...why shouldn't it? You can find her procrastinating on FB in her reader group, Felice's Breakfast Club.