Let Your Heart Be Light by J.R. Lawrie - Release Blitz with Giveaway 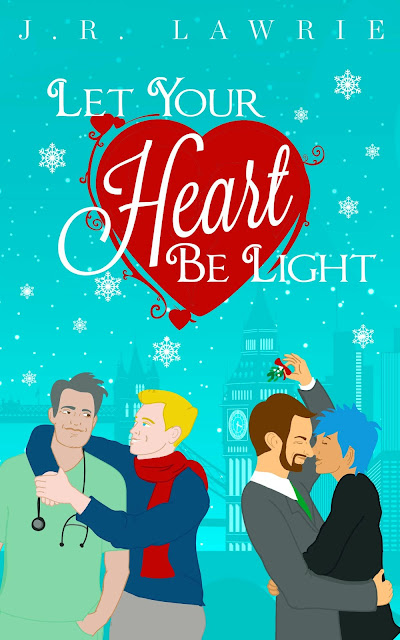 This holiday season, celebrate with a trio of festive gay romances by debut author J. R. Lawrie. This anthology features three stories sure to warm the heart and captivate the senses. Full of romance, humor, sweetness, and the perfect amount of heat, this collection is perfect for an evening by the fire.

Dr. David Christmas has heard every joke in the book when it comes to his name. Weary of the festive season and from his long shifts in the emergency room, David is also tired of his lonely single life. His only hope for Christmas is a glimpse of the shy but gorgeous neighbour who lives above him.

Christmas-loving Julian has nurtured a crush on the grumpy man downstairs for years now. Still hurting from his ex-boyfriend's cruelty, he hasn't yet dared to say hello. When an injury on Christmas Eve puts Julian directly into David's careful hands, a little healing might be on the way.

KIND OF A BIG DEAL
and
THE FARRINGDON CLUB

Up-and-coming comedian Zack Wynn splits his time between the stage and the London pizza restaurant where he works, until life hands him one hell of a Christmas present. Richard Garston is the handsome and clever older man of Zack's dreams, but what exactly is it that Richard does?

Soon, Zack learns the truth: Richard's classified role in the British government makes him a much bigger deal than he claimed. 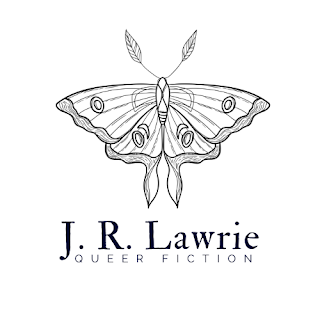 J. R. Lawrie graduated from the University of Leeds with a BA in English Language and Literature in 2011. She believes queer readers deserve a wealth of interesting stories, not just familiar tales of self-loathing. She practices what she preaches in York, UK, with her wife and their three spoiled guinea pigs.