This, the third and final book of the Angel Hills series, follows characters introduced in the first two books. This series must be read in order for complete understanding and enjoyment. However, reading the River Wolf Pack or Cascade Cities series is not required.


Dangerous and debilitating illnesses among the omegas of Angel Hills Pack cause concern for pack alpha Grey and his long-time beta mate, Ian. Grey must decide if he’s willing to let their omega mate, Gabriel, take the antidote offered by the human doctors in Cascade City or risk never allowing the omega to reproduce again.

Emotions run high when five omegas are traded to the Angel Hills Pack, which has suffered a decline in population after an illness killed a fourth of its wolves.

After a previous mating Justin would rather forget, he’s happy to leave his old compound and start afresh. A part of him hopes the gorgeous second-in-command alpha, Milo, will choose him for a mate. As memories of his life with Stone haunt his dreams, Justin struggles to make the right decision for himself as well as his four pups.

Gabriel doesn’t want to mate at all, but as one of the traded omegas, he knows he doesn’t have a choice. He just hopes he’ll end up with a beta and not an alpha. How does he feel when he’s mated to both? Grey is the pack alpha of Angel Hills and he and his baron beta, Ian, want to start a family to continue the dynasty. Is that all they want Gabriel for, a breeding machine?

When an intruder is detected in the compound, everyone is on high alert, especially as the new arrival proves remarkably adept at remaining hidden. Will the newly-created mating bonds be strong enough, or will rancor and bitterness win out?

New relationships form and existing ones continue to evolve for the wolves of Angel Hills.

Vincent struggles with his beta mate Craig’s rejection, while alpha mate Kale considers a dramatic resolution to the matter. Gabriel's second pregnancy is even more difficult than the first, and an outsider begins to consider a connection to another omega’s recent troubles. Meanwhile, his and Ian’s secret eats away at the ill omega.

Christopher turns eighteen and, losing hope Xavier might never think of Christopher as anything but a little brother, he accepts another werewolf’s attention. X’s eventual interest proves the beginning of the young beta’s problems rather than the end.

Accustomed to gaining enemies when pursuing what he wants, Canaan learns something new about himself from über-alpha, Duncan, who, long-convinced his extreme needs will never be met in Angel Hills, becomes unwillingly caught up with the bratty beta.

Will the threats to the werewolves’ way of life from both within and outside the compound bring the pack closer together or pull them further apart?

To celebrate Rebecca's new release, we are giving away $25 Amazon Gift Card!
Enter the Rafflecopter giveaway for your chance to win! 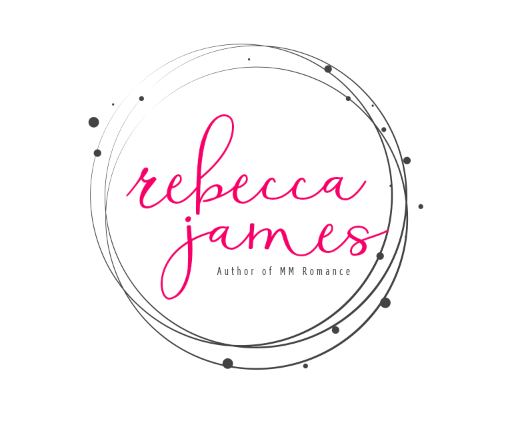 Rebecca James loves writing MM romance with a little angst but always with a happily ever after.

She lives in the southeastern United States, is married and has three children, a dog, and a bunch of cats. https://rebeccajamesmmromance.com