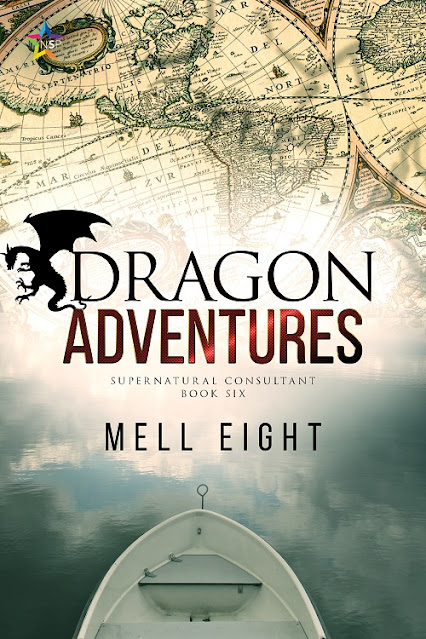 Aqua and Rios are bored, which is always a recipe for disaster. Going on a trip might not solve the cause of the boredom, but they know it will distract them for a while. Except, Rios runs into a nix trying to save his river from drug smugglers and Aqua is kidnapped by a bunch of angry fire salamanders. Their fun adventure quickly turns into a desperate fight for survival, and they’re not certain they’ll be able get back home ever again.

“That’s enough, boys.” Uncle Willy’s frown of displeasure was pronounced. Rios shut his mouth on another fart noise and Aqua did the same at his side. The long table was quiet, Rios realized, and they were all staring at him and at Aqua. Uncle Dane, with his shiny blond hair, was easily recognizable sitting farther down. He was hiding a smile, but the rest of the people didn’t look happy at all.

“Really, William. This is an important meeting. Send the children away,” Ming said sharply. She was the tiny Asian woman who controlled everything west of the Sierra Nevada and Cascade Mountains. The entire table was full of territory leaders, and Uncle Willy had explained who each one was and the territory they controlled before they’d arrived for the North American Territory Leaders Conference that occurred every ten years. The last conference had been in Mexico, and the next two or three were going to be in the US before it went back to Mexico. Uncle Willy controlled Canada, and he always hosted the conference after Mexico.

Uncle Willy had been very stern with the boys about the conference. He had been teaching them all about his duties as territory leader and wanted them to sit quietly so they could listen and learn. But that was boring!

Rios opened his mouth to explain how bored he was, but Uncle Willy’s frown grew even sterner, so he shut his mouth again. Uncle Willy was his and Aqua’s caretaker. He had found them making a mess in a river and had ended up adopting them instead of punishing them. Living with Uncle Willy was fun. He played games with them and taught them magic. Even though they had to do chores, it was much better than living in the wild. Uncle Willy had even lost a lot of weight over the years so he could go swimming with them; he wasn’t skinny, of course, but he could keep up now, at least. But then he had said that being fifteen years old signified that they could now take on some responsibility. Well, if responsibility meant sitting in boring meetings while people did a lot of useless talking, then responsibility was awful.

Both Aqua and Rios hated being bored, and Uncle Willy knew that. Rios hoped his answering pout at Uncle Willy explained his reasoning.

“Go on, then,” Uncle Willy finally said with a sigh. Rios refrained from cheering happily as he jumped down from his seat and scampered out of the room after Aqua.

It took them ten minutes to realize there was nothing to do outside of the meeting either.

“Nickel should have come,” Aqua grumbled into the pillow that he used for a face-plant. His blue hair was spread around his head like a wave.

He should have. Rios couldn’t agree more. Nickel was awesome. He was an older water dragon, about twenty-two, and Aqua and Rios had been playing with him for ten years. He had taught them so much about their shared magic and was happy to see them whenever they could convince Uncle Willy that they should go visit. Except, the last four years of their friendship hadn’t been nearly as fun. Nickel had a new playmate: an air dragon named Platinum. Instead of coming to the territory leaders’ meeting with Dane like Nickel should have, he was home playing with his new best friend. It wasn’t fair.

Aqua rolled onto his side so his face wasn’t being smushed by the pillow. He growled under his breath and then let out a heavy sigh. They were both brothers, and the fact that they had definitely hatched from the same clutch was obvious in their shared brow line and rounded chins. Aqua’s nose was a little longer than Rios’s, his eyes a smidge wider, and he was about four inches taller, but they were clearly brothers. They hadn’t been entirely certain of that fact when they were younger and had been confused for twins more times than Rios could count. When they had been kits covered in identical blue dragon scales with identically colored hair, no one could tell them apart. Only as they grew had their differences become apparent, but as far as the issue of being bored and being abandoned by Nickel, they were of the same mind.

“We should go tell Nickel how sad we are that he couldn’t come,” Rios whined, knowing he was speaking what Aqua was also thinking.

“Not on the phone,” Aqua grumbled in reply immediately. The phone number for Nickel’s new house that he was sharing with Platinum was written in a little book kept next to the phone in the kitchen, but a phone call wouldn’t convey just how upset they were with Nickel. It had to be done in person.

“Uncle Willy won’t take us there when he’s still in the middle of a meeting,” Rios mused aloud, “and Uncle Dane isn’t going back home until the meeting is over, so we can’t tag along with him.”

“So we’ll have to travel on our own,” Aqua said insistently.

That made sense to Rios. They weren’t too far away from Dane’s territory, or at least Rios didn’t think so. Uncle Willy owned big houses all over Canada. He didn’t want to use his main house—where they lived most of the time—for the meeting, so he had brought them all to his house in Ontario instead.

“Wasn’t there a map on the wall of Uncle Willy’s office?” Rios asked. They didn’t spend too much time in Ontario, but they had made sure to thoroughly explore the house.

They ran out of the living room eagerly, up the stairs, and down the hall to the office. Since Uncle Willy was downstairs in the meeting, they didn’t knock. Aqua threw the door open and they piled inside.

It wasn’t hard to find the map on the wall. It was only about five feet by five feet long, and Rios could easily grip the wooden frame and take it off the hook. Some of the lines were a bit different than Rios thought he remembered, but it was definitely a map of North America. Although, only the right half of the US portion of the map had the lines that denoted the States. The rest of the map was mostly blank. It definitely looked weird, but they could still pinpoint where Uncle Willy’s house was in Canada and Uncle Dane’s house was in Massachusetts.

“There is a river, see!” Aqua ran his finger down the big lake that Rios knew was called after a big bird. Lake Seagull didn’t sound right—maybe it started with an H, but it wasn’t Hawk. The big lake connected to another slightly smaller lake via a river, which then connected to a third lake that was close to where Dane lived.

It looked like it would be faster and much more direct to walk on land, but they were water dragons and could traverse through the lakes and rivers at much greater speed. Once they got to the last big lake, they could find smaller rivers to get to Nickel’s house.

Aqua held his finger over the distance from the third lake to Massachusetts and grinned at Rios. “It’s only a few inches long. With our water magic, we can get there in a few hours.”

Something didn’t seem quite right—weren’t they supposed to measure with a ruler or something a little more accurate?—but it sounded like too much fun not to go anyway. Rios glanced at the clock, which read eleven in the morning.

“We had better pack lunch,” he said with his own grin. 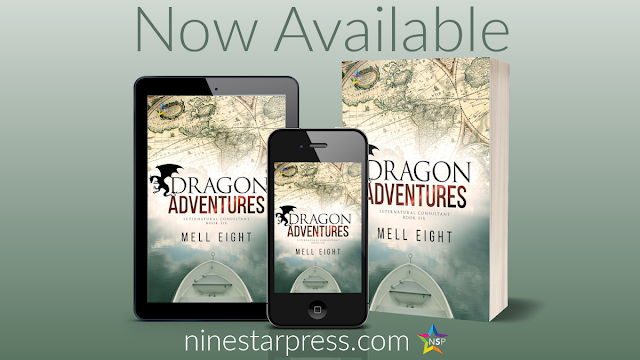