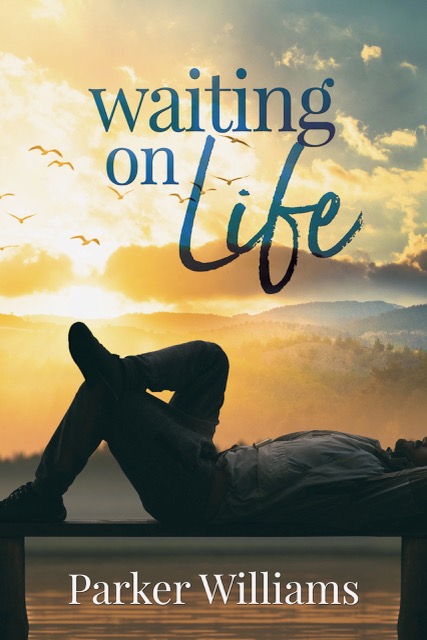 Part of a series? Yes

If a series, what is the series title?  Waiting

If series, what number is this book?  One

Big, bald, tattooed, and more than a little possessive, Toby Tomlinson wasn’t what you’d call a “lady’s man.” In fact, he usually got too serious before they were ready. One day, upon returning home from work, Toby finds a young woman kneeling to pick up mail she’d dropped. Taken with her red hair and slender body, he says hello as he grabs his own mail. The woman jumps and bangs her head against the open door, then lets loose with a string of expletives. She turns around, and Toby discovers the person he’s been ogling isn’t a woman at all… but a man.

Kyle Roga’s heard it all before. High school was filled with taunting by classmates who could tell Kyle was far too fabulous to be straight. And now, here he was, being pawed at by a man who stole Kyle’s breath away. He ticked every box Kyle had, and a few he didn’t even know he wanted ticked. The problem? Kyle’s been burned before by straight men who think you’re good enough for sex, but not for a relationship. He’s been bitten way more than once, and he doesn’t want to go down that path again.

Two men, each with a different way of looking at love, find themselves having to reexamine what they always believed about who they are. Will it be enough to bring them together? Will each discover what they’ve been doing isn’t living, but waiting on life?

When I was unlocking the door, the high-pitched yowl of complaint hit me like nails on a chalkboard. I checked my watch and groaned. I deserved what I was about to get. I pushed the door, and a large white tiger-striped blur threw himself dramatically at my feet, crying in his death throes.

“Drama queen,” I grumbled, reaching down for a quick scratch. My Waldo, so named because unless it was feeding time, you wouldn’t find him without looking, was an interesting cat. After I’d left the bar one night, I’d noticed a tiny kitten trying to get into our dumpster. I snatched him up and held him to my chest, his purrs going through my leather jacket. I couldn’t just leave him, and it was too late to do anything else with him, so I decided to take him home with me until morning, when I’d intended to take him to the shelter.

I’d stopped at a gas station and grabbed a small container of cat litter and a Tupperware thing that would pass as a box for him. I put everything in the bathroom, then grilled some chicken for my dinner. He meowed pitifully while he climbed my pant leg and tried to get to my food. I diced some of the meat into small pieces, then put it on a plate, before placing it on the floor near the sink. He jumped down and tore into it. Before I turned in, I put him in the bathroom, then crawled into bed, bone weary. Somehow the little bastard got out of the bathroom and made his way to my bed and up onto my pillow. He woke me with little licks to my nose, and when I opened my eyes, he gave out a tiny squeak of greeting, then curled into a ball on my chest, with his head tucked under my chin. I left him there and let his gentle snuffling lull me back to sleep.

When I woke up the next morning, he was still there. My plan to take him to the shelter was out the window. I called the closest vet and set up an appointment to have him checked out and neutered and given his shots. They had an opening the next day, my only day off that week, so I took it. When it came time to get ready to go, I searched under my bed, in the cabinets, even in the hallway, though there was no way he could have gotten out of the apartment. It was almost one thirty and the appointment was at two. In desperation, I grabbed a can of tuna from one of the shelves, opened it, and put the entire thing on a plate. In only a few moments, he came rushing out of the bedroom and headed for the treat. He never made it, as I snatched him up and tucked him into my jacket, him protesting with every step.

I could not love that cat more.

Parker Williams has always wanted to write. Ever since he was a teen, he put pen to paper and created worlds where men would find their everlasting love and be happy forever.

Now that he’s older, he understands more about what it means to fall in love, and the trials and tribulations that come with it, and he does his best to make sure his characters come across as real and alive.

Parker will always love to write, because every story starts when two men…