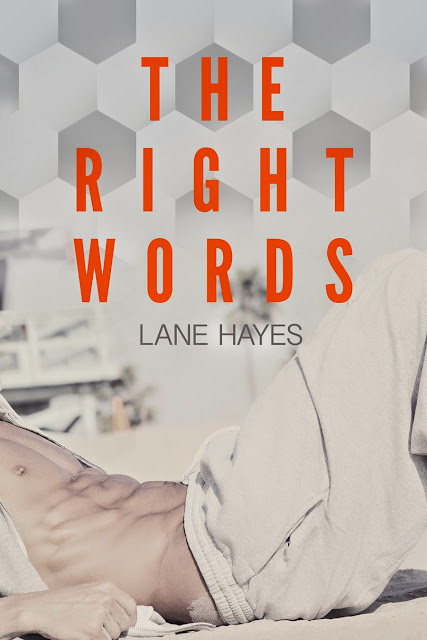 
Escaping an abusive relationship left Luke Preston anxious and spouting panic-induced poetry. Desperate for a fresh start, Luke accepts a job remodeling a tired old beach house for a professional soccer player and his model girlfriend. While his passion is literature, not sports, focusing on the renovations eases his anxiety. Until the job he signed up for turns out to be more complicated than advertised.

Sidelined with a serious injury, soccer star Michael Martinez decides his beach house is the perfect place to recuperate. Remodeling might be the diversion he needs to keep his mind off his busted knee. Falling for the pretty designer with some quirky habits wasn’t on the drawing board. Unfortunately, Luke didn’t build a big enough closet for Michael to hide in. Having a star-powered sports career used to be all Michael lived for, but he’ll have to reevaluate his plans and find the right words if he wants to build more than a beach house with Luke.

Excerpt
“You think you are braver than any other people—whereas you’re just as brave, and no braver.”
“Quote?” His eyes sparked with humor.
“Yes. Mark Twain. Sorry. It’s a weird habit.”
“It’s not weird. It’s… refreshing. Different. I’m used to hanging out with a bunch of jocks who honestly might not know who Mark Twain is.”
“Please tell me you do,” I pleaded with mock gravity.
“I do. Huckleberry Finn, Tom Sawyer.” He smirked.
“Well done.” I giggled when he pumped his fist in the air like an adolescent.
I held his gaze in silence and allowed myself to bask in the peaceful moment.
“I think it’s awesome you have something that gives you strength. And pardon me for saying so, but… it’s really fucking sexy that it’s bookish. Maybe a pair of librarian glas—”
“Shut up.” I felt an insta-blush at his suggestive words and was glad twilight had taken over.
Michael chuckled beside me. Not so long ago, I would have been sure he was laughing at me. My experience with jocks was limited to thuggish high school idiots who I carefully kept at a distance. They intimidated me with their size and musculature. I tried to intimidate with my brain. It didn’t always keep me from getting teased but certainly solidified the divide between us.
Michael wasn’t like those boys. I sensed an innate kindness in him, evident in his willingness to hold my hand while I shared my own war story with my ex. Instead of pissing me off, the mention of me wearing sexy librarian glasses went straight to my groin. I stood up and tried to clandestinely adjust my half-hard cock as I walked toward the edge of the terrace.
I heard the scratch of his crutches behind me and turned to find him standing a couple feet away.
“You know I was teasing, right?” His voice sounded deep and impossibly sexy. “I like you, Luke. I like that you’re different. You’re extraordinary.” He smiled softly and reached out to brush a stray hair away from my eyes. I was bewitched and in danger of being swept away by the moment. He was too charming for my good.
“You don’t know me. Not really. So please don’t be offended if I don’t—”
“Fine. Don’t believe me. But you’re a fighter. I can tell. And I see this colorful, rainbow aura around you I think is… sexy as hell.”
“Thank God! I was sure my rainbow glitter bag had a hole in it, and I’ve been desperately trying to gather the bit—”
“Stop it. Take the compliment. You’re going to have to work on believing the good things too, you know.”
I chuckled. He was right. “Thank you. I can tell I’m getting better, but I’m a work in progress.”
“Aren’t we all?”
We stood in the dusky evening staring at each other for a long moment. I licked my bottom lip and had moved to step aside when I felt his hand on my shoulder.
“Come here.”
I swallowed hard. “Why?”
He didn’t answer right away, but when he did, he pitched his voice low in an exaggerated whisper. “You have something in your hair. Let me get it.”
I knew he was up to something but I played along. “What is it?”
Michael set his forefinger on his lips, then reached out to caress my ear before running a lazy hand through my hair.
“Glitter. And there’s a lot of it. Red, purple, orange, gr—”
I giggled and swatted at his hand. He didn’t back away. Instead he gently moved his hand to my neck and pulled me forward so that our lips were inches apart.
“Can I kiss you?”
Pages: 204 pages

Author Bio
Lane Hayes is grateful to finally be doing what she loves best. Writing full-time!  It’s no secret Lane loves a good romance novel.  An avid reader from an early age, she has always been drawn to well-told love story with beautifully written characters.  These days she prefers the leading roles to both be men.  Lane discovered the M/M genre a few years ago and was instantly hooked.  Her debut novel was a 2013 Rainbow Award finalist and her third received an Honorable Mention in the 2014 Rainbow Awards.  She loves red wine, chocolate and travel (in no particular order). Lane lives in Southern California with her amazing husband and the coolest yellow Lab ever in an almost empty nest. 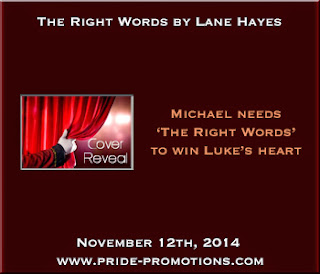