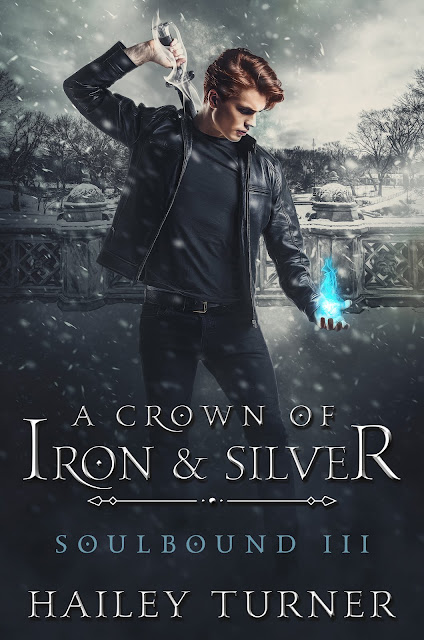 A Crown of Iron & Silver by Hailey Turner

Never promise a life that isn’t yours to give.

New York City is decked out for the holidays, and Special Agent Patrick Collins is looking forward to a reunion with his old team when he gets assigned a new case. A human child is missing, and the changeling left in her place causes a prominent witch family to demand justice from the fae.

Meanwhile, continued harassment from the New York City god pack forces Jonothon de Vere to formally establish his own with Patrick. Doing so will mean a civil war within the werecreature community—a war they risk losing from the start without alliances. Making bargains with the fae is never wise, but Patrick and Jono have nothing to lose when a fae lord comes asking for their help.

The Summer Lady has been kidnapped from the Seelie Court, and if they can find her, Patrick and Jono will cement an alliance with the fae. But the clues to her disappearance are found in Tír na nÓg, and the Otherworld has never been kind to mortals.

Venturing past the veil, Patrick and Jono risk losing territory, time, and their very lives while searching for answers. Because the Queen of Air and Darkness knows they are coming—and the ruler of the Unseelie Court has an offer for them they can’t possibly refuse.

A Crown of Iron & Silver is a 107k word m/m urban fantasy with a gay romantic subplot and a HFN ending. It is a direct sequel to All Souls Near & Nigh. Reading the prior books in the series would be helpful in enjoying this one.

“Secured, sir,” Patrick said. “Is this about the kappas? I turned in my report.”

“No. This is different. We got a report of a missing child.”

“That’s usually a police matter, not federal, unless it crosses state lines.”

“It becomes ours when it’s believed the child was replaced by a changeling.”

Patrick banged his forehead lightly against the door a couple of times. Crossing the veil between worlds definitely put a case within federal jurisdiction. “Gods fucking damn it. I hate dealing with the fae. Are you sure?”

“The PCB forwarded the case at the couple’s request. They want an agent to take their statement, and they want it done immediately.”

“Tonight? Sir, if it’s a changeling, the kid will still be there tomorrow morning.”

“Tonight,” Henry said firmly. “I know you just got off the clock, but I need you to take this case. The family involved is the Wisterias.”

Patrick banged his forehead against the door one more time for good measure. “Well, fuck.” 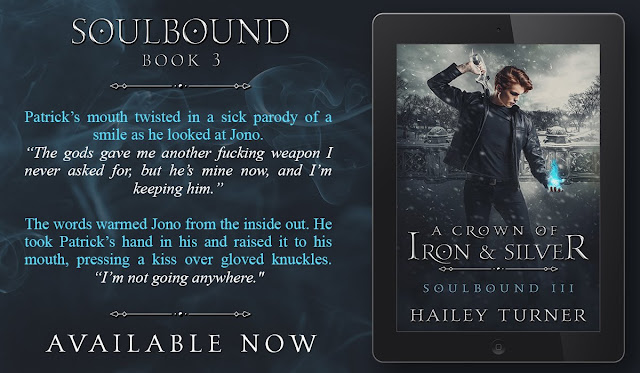 Newsletter:  You can keep up with Hailey's future projects by joining her newsletter, where you can instantly download several free short stories:  http://eepurl.com/cAEejL

Win one of two back catalog ebooks by Hailey Turner! Open Internationally. Must be 18 to enter.