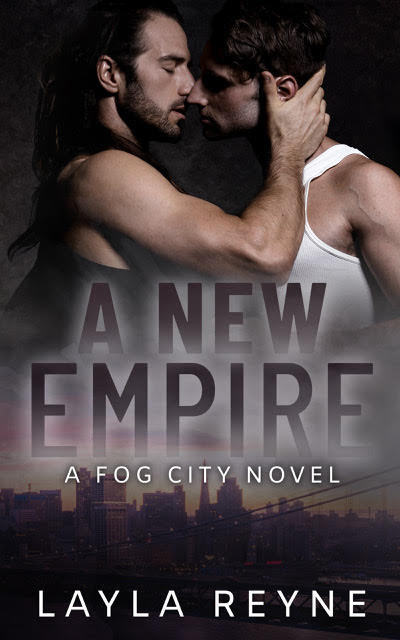 A New Empire by Layla Reyne

All buy links or pre-order links:

Legacies were made to be rewritten.

Assassin Hawes Madigan wants to do right--by his family, his organization, his city, and the man he's falling for, ATF agent Christopher Perri. But Hawes's rules are being challenged by someone willing to kill for the old ways. To save his soul and his empire, Hawes must make an impossible decision: fight from the outside or bend the knee to win back his throne from within.

Chris is used to being the inside man, the one undercover. Now, he's on the outside marshaling forces in support of the man and the ring of assassins he was supposed to take down. His mission shifted when he found something that's been missing for ten long years--a home, with Hawes.

As Hawes and Chris make a dangerous play for control, the lines between allies and traitors blur. Trusting the wrong person could destroy the legacy Hawes envisions for the Madigans. But not trusting anyone, or each other, could mean lights out on their love and lives forever.

The King and King Slayer fight together in this thrilling conclusion to the Fog City Trilogy! 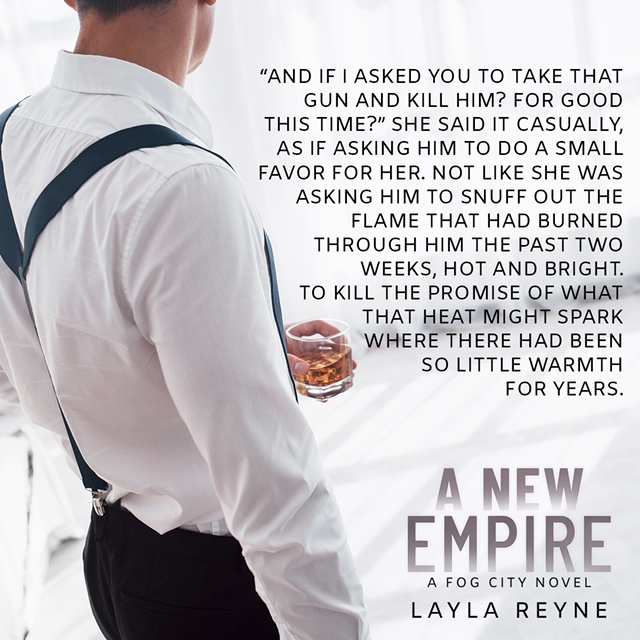 Release Blitz Teaser:
“How’s that going to work?” Helena said.
“By taking a page from your favorite movie.” He retrieved two tote bags from under the table and dumped their contents onto the table—brown hair dye and matching wigs. As serious as the matter was, he couldn’t hold back a smile. This had been something he and Helena had talked about as kids. A heist they’d dreamed about pulling one day. He’d never thought it’d be his sister-in-law they were stealing, but Hawes couldn’t deny the rush that came with knowing they were actually going to do this.
Seemed Helena was feeling the same way, one side of her mouth quirking up. “We’re going to Thomas Crown this shit?”
Hawes nodded. “She’s being brought to the courthouse tomorrow morning to be arraigned on additional charges connected to the incident at MCS. We’ll make the switch while she’s in the Federal Building.”
“We have soldiers who look close enough to make the disguises work,” Rose added.
“A couple captains too,” Helena said.
Hawes’s stomach sank, the momentary rush skidding to a halt. If Helena was willing to bring the captains in on this, had Chris failed to get the message to her?
Motion at Helena’s side, the one away from Rose, caught his attention. Five fingers spread, once, twice. Five by five, a saying from Helena’s favorite Buffy character, Faith. A secret code he and Helena had picked up, and which their parents and grandparents had never caught onto. She got the message, loud and clear.
Hawes’s smile returned. “You going to play along?”
And Helena’s grin grew wider. “We’ve waited our whole lives for this. Fuck yeah, I’m in.”
The only one not smiling was Holt. Two steps closer and Hawes knelt beside his brother, hand on his knee. “She’s the mother of your child. We don’t do this without your okay.” Fuck Rose. On this, Hawes would not compromise.
“You promise to protect her?” he asked Hawes. Not Rose or Helena. That trust his twin still had in him was more of a rush than any heist they were planning to pull.
“I promise, Little H. This is all about protecting your family.”
Holt’s big mitt came down on top of his. “Our family.” 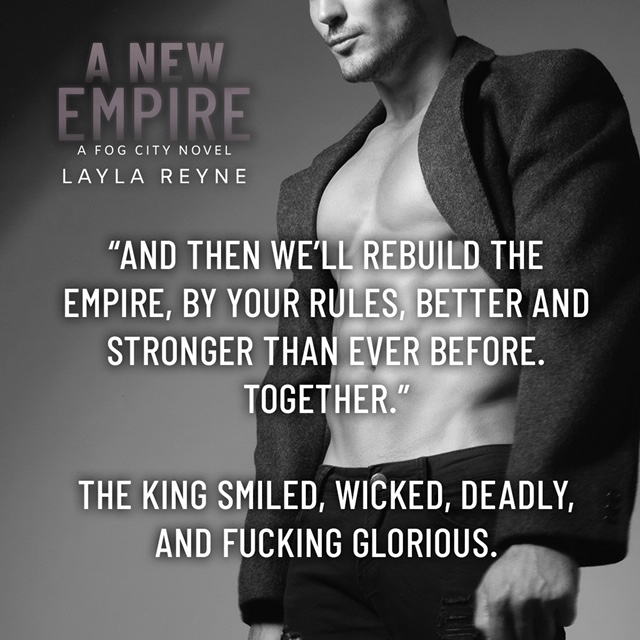 Q: Secondary Characters: Why they are important to the story?

LR: For Hawes in Fog City, his siblings, Holt and Helena, are the bricks of his foundation, along with love interest, Chris, and friend and ally, Braxton Kane. Hawes, Holt, and Helena run both family businesses with him, he trusts them implicitly, he looks to them for input, and they each contribute differently to the family unit. He wouldn’t want to do this without them.

Q: If you listen to music while writing, share your playlist.

LR: Here’s my Fog City playlist, which alternated frequently with The Revivalists albums. I swear, every one of their songs seems to fit this series! 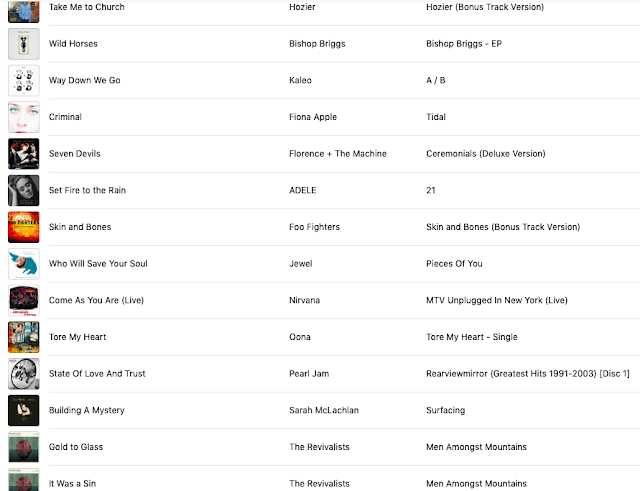 Q: What would a love letter between the characters look like?

LR: From Hawes to Chris:

From Chris to Hawes. 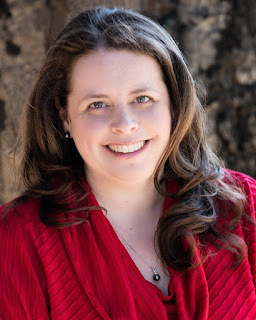 RITA Finalist Layla Reyne is the author of Dine With Me and the Fog City, Whiskey Verse, and Changing Lanes series. A Carolina Tar Heel who now calls the San Francisco Bay Area home, Layla enjoys weaving her bi-coastal experiences into her stories, along with adrenaline-fueled suspense and heart-pounding romance. She is a RWA® RITA® Finalist in Contemporary Romance (Mid-Length) and Golden Heart® Finalist in Romantic Suspense.

Join us for a giveaway: Layla Reyne is giving away one Grand Prize of a Set of signed Fog City paperbacks (within the contiguous USA) or a set of Bookplates (international). Enter now!