Title: If A Butterfly Don’t Fly

Series: Out of Underhill, Book Two

Merridy has always loved music but can’t sing. The only job in the music business he can get is as a security guard for the Bard and Sons, a premier record label. He keeps their secrets and patrols their hallways, always wishing for a big break he knows will never come.

Changeling’s Court is a brand new band struggling to record their first single. Merridy chances upon a scrap of their lyrics without accompanying music notes and can’t help composing a simple melody for them. If he’s found out, he’ll probably get fired.

Instead, he finds himself in a strange new world of magic and faeries—and danger.

Music was embedded in the very fibers of the building.

Merridy took a deep breath as he stepped out of the stairwell and onto the first floor of practice rooms and felt the remnants of the notes played on instruments and sung into microphones swirling around him. They chimed in his ears and seemed to fill the air with a shine he could almost reach out and touch. Merridy wanted to touch it so badly, but instead, he let out his breath and smoothed down the front of his security guard uniform before reaching for the door handle that led into the first private lounge, which belonged to a soloist named Amaryllis.

As he stepped inside, Merridy saw Amaryllis’s bra hanging from the back of a chair. It was lacy across the tops of the cups, the sort of bra that, if the front of her shirt slipped while she was sweaty from singing onstage under the hot lights, might look like a fancy camisole peeking through.

Normally, Merridy didn’t mind the overnight shift as a security guard at the headquarters of the Bard and Sons. There wasn’t anyone else around as he walked through the halls half lit by security lighting and the ambient light that filtered in through the windows from the parking lot outside. He enjoyed the quiet and the solitude—and the music. He couldn’t sing any of the notes aloud, of course, but he could hear each note in his head as if the musicians were still hard at work. Sometimes he took the notes he heard and wrote them down; he had notebooks full of songs he’d heard, of notes that had twined through his mind, all put down onto the bar lines preprinted on staff paper and filed on his bookshelves at home.

He wasn’t used to running into women’s underwear, though. Today, all he had expected coming in was the rather minor suspense of the new band taking over the lone empty practice room. Any sort of excitement to break up the monotony of walking in circles all night was a relief, and finding out what type of band—pop, rock, country—had moved in would be the highlight of his evening. He wanted to know what the remnants of their music would sound like when he stepped into their empty practice lounge, and if it was as good as he hoped, he was looking forward to buying their soundtrack to hear it firsthand.

Of course, what he really wanted was to be playing in his own band in the light of day, rather than sneaking hints of the sounds of other bands as he walked through each room at night, but he was taking what little he could get and trying to enjoy it as best he could.

He quickly checked the rest of the room to make sure it was completely empty, which included looking behind doors and inside the full wardrobe. Merridy closed the wardrobe doors, took one more look around the cluttered lounge, and hurried back into the hallway.

Merridy unhooked his keys from his belt and made sure the lounge door was firmly locked. Then he reached into his pocket and pulled out a small pad of organizer tabs, the ones usually used to keep school notes organized. He chose a red tab and yanked it free of the roll before sticking it to the underside of Amaryllis’s nameplate. It would warn anyone arriving in the morning that this door should remain closed and locked until Amaryllis herself came to clean up her mess. Not even the morning custodian was allowed to go in to vacuum.

A bra was fairly innocuous, but given who it belonged to, it would probably sell for big bucks online. Merridy’s simple red tab would keep anyone stupid enough to try—like the sound mixer who had been selling used drumsticks on eBay a few months back—from having the opportunity.

With Amaryllis’s room done, Merridy continued down the hallway to the next door. It opened to reveal one of the two recording studios on the floor. He wasn’t allowed to touch any of the electrical parts, like the blinking lights or the slides on the sound mixer board. He didn’t know what any of the buttons did, and if he inadvertently ruined a project left unfinished overnight, he would be in major trouble.

He walked past the electronics and into the inner studio, where the instruments and the microphones for the singers were located. He could almost hear what the room sounded like when the instruments were playing—guitars riffing, drums pounding, and the simple note of a piano or bass holding it all together. The melodies would soar, reverberating through the room as a singer crooned into the mesh-fronted mic stand. Merridy knew what that sounded like from the dozens of auditions he had tried out for, and he’d reveled in each and every experience, but it didn’t matter how good he was on keys or strings. Once the band found out he couldn’t sing, somehow he was never actually chosen.

The imagined music faded from Merridy’s thoughts as that harsh dose of reality set in. He quickly checked that the inner studio was also empty of people and continued on. He left the studio door as he’d found it: unlocked and tab-free. There wasn’t anything sensitive to hide there.

Merridy checked behind every door—including the janitor’s closet—for trespassers. Very famous, platinum-selling artists used the studio space or kept practice lounges in the building. Rabid fans and competitors alike would kill and bribe for even the slightest glimpse of what Merridy saw every night. Some things Merridy wished he could unsee. Stars were very strange people, and he didn’t envy the custodians who had to clean up after them.

He finished his round of the floor where he had originally started, at the lone staircase in the corner. There was an elevator on the other side, but Merridy had to take the stairs up to the second floor first to ensure they were clear. He input his code into the keypad on the door to tell the other security guard manning the phones and desk in the lobby downstairs that he had finished the floor before heading farther upstairs.

The next two floors were comprised of more studio space. He had to flag one room on the third floor where someone had left a bong and some weed lying on a table next to a guitar.

He headed to the fourth floor, which was an exact replica of the prior two. Merridy walked to the first doorway and popped it open with a grimace. Soul Sound was a hard-rocking, hard-partying band, and their practice studio still sounded like it. The music floating through the air was a little shrieky, with high-pitched runs of the guitar accompanied by deep-throated screaming into the microphone. There were plenty of people who liked screamer rock, but Merridy just couldn’t find enough of the melody floating through his mind to enjoy it himself. He tried not to listen for as long as he could manage while he flipped open doors and checked behind furniture.

The job of a security guard was boring and monotonous, and often weird. This first walkthrough of all the rooms was the most interesting part of his night, because he never knew just what he would find behind each closed door. After the surprise was gone, the hours slowly trickled by until the sun rose. The daytime security guards, who only had to sit at the desk in the lobby unless an issue occurred upstairs, would arrive, and Merridy could go home to sleep.

He swept all the rooms on the floor like usual, luckily not seeing anything too startling, until he reached the final door. The nameplate he was used to was gone, and the blank rectangle of wall where it used to be was slightly darker than the paint around it. It had been carefully removed; the holes for the screws didn’t look torn or destroyed. Merridy turned and opened the studio door.

The furniture was different, too, as were the instruments scattered across the room. Antiquities and Wine—the country band that the space belonged to—had needed banjo stands, but those were now replaced by an upright piano. A leather jacket, another thing that didn’t fit with Antiquities and Wine’s chosen image, had been carelessly left across the back of the new couch.

Antiquities and Wine had moved to new studio space recently built farther south, Merridy remembered suddenly. That tidbit of information had gone out in the company’s weekly internal email bulletin. A new band had already taken the space. Merridy wondered who they were. The space felt quiet, almost anticipatory, as the old notes in the air faded without Antiquities and Wine there to renew them. The new band hadn’t yet begun to fill the space with their own sound.

He walked farther into the room, seeing four guitars—a bass, two electric, and one acoustic—on stands and a drum snare on top of the new piano. They were probably a pop-rock or rock band. In the back of the room, near the private bathroom, was a desk strewn with staff paper. Many of the sheets had been crumpled into balls and tossed aside. The ones still flat on the desk had dozens of cross-outs, some lines excessively crossed, the pen having cut deep.

Songwriting obviously wasn’t going too well for the new band.

Well. Either they’d figure it out, or they’d get out. That was the way the business worked. They had been given their chance with the nice studio. If the band blew it, too bad. It was more of a chance than Merridy had ever had. He sighed and resolutely pushed his jealousy away before heading into the bathroom to double-check it was empty. Merridy had a good job. Just because he wanted to switch places with someone in the new band wasn’t reason enough to let resentment simmer and ruin his night. The sink, toilet, and glassed-in shower stall hid no one, so he turned to head back out.

There was one piece of regular lined paper on the desk next to the bathroom door that wasn’t crumpled or covered in pencil scratches. Merridy couldn’t help stopping to read the four simple lines handwritten there.

In my dreams, I know you see me,

And in my hopes, you’ll hold my hand.

Reality hits, so does the truth:

You and me will never be we. 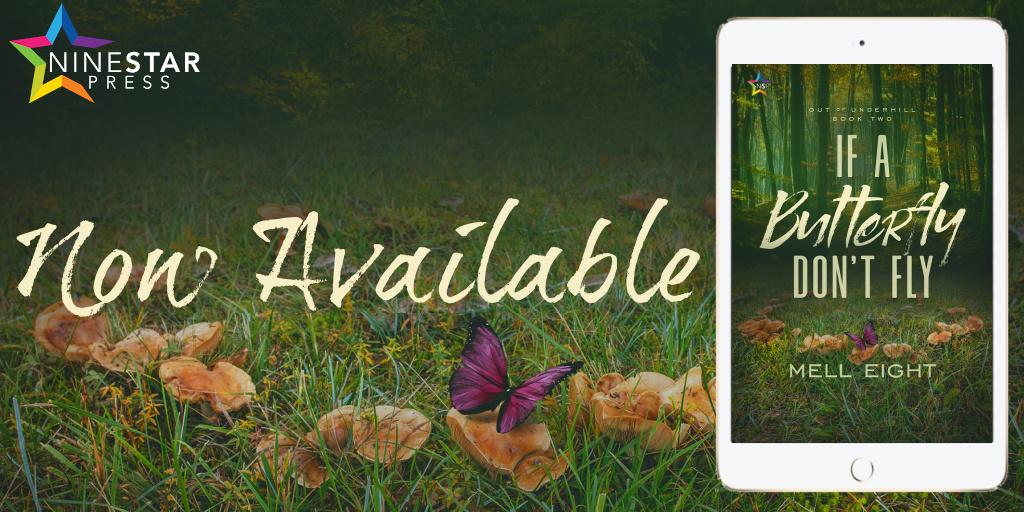