While Ryker’s body came back from Afghanistan just fine, his mind didn’t, and his thoughts wander back there in painful flashbacks that have present-time consequences. In order to avoid hurting anyone, Ryker secludes himself in a cabin in the middle of nowhere. Then Officer Chess Medcull shows up with a case of were-animals being tortured and killed in a way similar to how Ryker almost died in the war. In order to stop the murders, Ryker must face the demons in his head, and maybe, just maybe, allow Chess to help. That is, as long as neither is the next victim.

Ryker’s back wasn’t burning any longer, which brought both relief and terror. He healed quickly, even for a werewolf, and the stinging, sharp pain of the blood and bruising of the whip were definitely something he wanted to end as fast as possible. Except, his captors had some sort of sixth sense for when he had healed enough for the pain to fade, and that was when they returned.

He wasn’t healing as quickly now as in those first few days. His body was emaciated from what must have been a month or two of very little food and almost constant abuse. Ryker’s clothing was completely shredded, the desert camo print more rags than anything resembling his Marine Corps Combat Utility Uniform. The jacket had been taken on day one by his captors, and his white undershirt hadn’t survived the first whipping. The pants had gotten bloodstained immediately, but the shredding hadn’t started until they decided to find out what happened to his healing ability if they stabbed him a couple of times. Those initial rips had spread until only the barest strips of fabric covered his long legs.

And then there was his right wrist. The inch-thick silver band was tight around his wrist and held in place by a heavy padlock that none of his attempts had broken. Werewolf strength would have broken an ordinary lock, but this massive one combined with the immediate effects of silver poisoning kept him trapped. The skin around Ryker’s wrist had bubbled and blistered underneath the touch of silver. His head ached constantly as the silver slowly poisoned his blood, and every time he bled a little more under the hands of his captors, the silver’s fangs dug a little deeper.

A rasping sound came from outside the narrow door that was the only way to get in and out of the small, dirty room. Ryker managed to suppress a whimper of fear, certain that any moment the lock would scrape and his grinning captors would stalk in with some new torture planned.

Except, he suddenly heard yelling, and that was definitely the booming pop of gunfire. He didn’t dare get up to see; this could easily be some new form of torture they had thought up to torment him. The dragging scrape of the lock sounded a moment later, and Ryker was glad he had remained huddled in his corner where they would have to drag him out into the open to get a good chance at him. But it wasn’t one of his captors.

The clean-shaven face and bright eyes were foreign to Afghanistan, and the white smile spoke of access to decent healthcare. That, plus the uniform, told Ryker he was saved.

Ryker blinked, and suddenly he was standing in bright afternoon sunlight, a man wearing a business suit running toward him. The musty, sewage smell of his dark cell faded, replaced with car exhaust and a floral-scented summer breeze.

Ryker blinked again, and his eyes followed the length of his left arm, down to the wrist and the fingers he had clamped around the throat of a stranger.

The stranger was choking and spluttering, his fingers scrabbling at Ryker’s sleeve and his dark-brown eyes bugging out as his face turned purple. Ryker immediately let go, stepping back from the stranger. This time he knew what had set him off. The stranger had been walking behind him, and his shoe had scraped on the concrete. A sound so similar to that damned cell lock opening and suddenly Ryker was gone.

He couldn’t keep doing this. Ryker looked at the man crumpled on the ground, gasping for air, and knew he had to find another answer. Any time he went out into a crowd, even one as small as the sidewalk in front of the grocery store, was one too many for him.

The stranger wasn’t injured, just scared, so Ryker bent to pick up the plastic bag of groceries he had dropped.

“Sorry,” he said softly before hurrying off. If he made it back to his apartment without having another episode, he would reevaluate his circumstances. He needed to find somewhere he wouldn’t be a threat to anyone else around him, and that meant leaving the city.

Ryker didn’t have a choice. 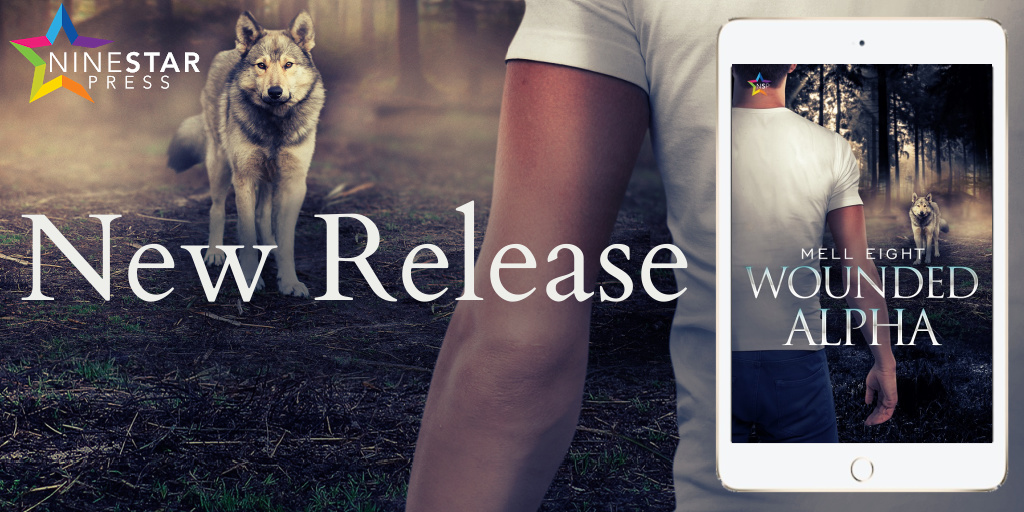