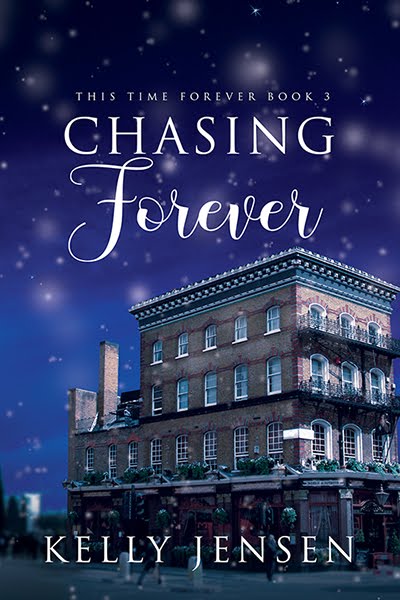 Chasing Forever is the final book in the series This Time Forever. Brian and Mal's story is special in all sorts of ways. Even though these books all standalone, Brian has been there since the beginning--as the character everyone loved to hate in the first book, and the character who seemed to have more to him in book two. In this final story, I share who Brian really is, and hope you'll all come to love him as much as I do. Then there's Mal, his other half, my serious soldier who has been waiting all his life for a challenge like Brian. Sometimes we have to be knocked lower than ever before in order to reach that high, and Mal's journey is one I treasure. I hope you enjoy reading this story of redemption and learning to live out loud.
About Chasing Forever
Old wounds, new directions, and a forever worth chasing.
Malcolm Montgomery was a history teacher and track coach until an accident left him with two broken legs. He’ll recover, but life has knocked his feet out twice now. He’s not sure if he’s ready to try again, especially when it comes to love—and slick guys like Brian Kenway. Still, he needs help mentoring the school’s LGBTQ society, so he asks Brian to take some responsibility.
Brian has been hiding behind his reputation as a liar and a cheat for so long that he actually believes he’s that guy—until his nephew, Josh, turns up on his couch, tossed out for being gay. Brian has never considered being a father, but he knows all about being rejected by loved ones. Now Brian wants to be more: a partner for Mal and a role model for Josh.
But when Mal’s recovery is set back and the sad truth of Brian’s past is revealed, the forever they’ve been chasing seems even further from their grasps. It’ll take a rescue effort to revive their sense of worth and make Brian, Mal, and Josh into a family of their own.
Now available from Riptide Publishing!
About the This Time Forever Series 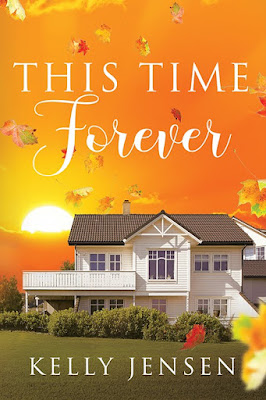 Small towns and second chances.
Simon, Frank, and Brian think love has passed them by. Each is facing down his fiftieth birthday—Simon in a few years, Frank next year, and Brian soon enough. Each has loved and lost. But for these men, everything old really is new again, and it’s only when they return to their roots that they’ll find their second chances and the happily ever after they’ve been waiting their whole lives for.
This time it’s forever.
This series includes:

No Excuses (Who is Brian Kenway?)

I’m fascinated by redemption stories, but never really wanted to write one. First of all, I don’t really do angst. Although I don’t mind reading something that twists me up and wrings me out on the very rare occasion, I can’t do it repeatedly. I cried for TWO MONTHS after Never Let Me Go by Kazuo Ishiguro. I fared a little better after The Remains of the Day, but still regard this author’s work with well-earned suspicion.

I was inconsolable after Something Like Autumn by Jay Bell—even after having known for two books that it was going to happen, I had to reread the scene three times. And sobbed harder each time.

So why no redemption stories? Redemption, to me, isn’t simply providing an excuse as to why, but impelling that character to acknowledge their mistakes, before having them redraft their template. This usually means breaking them down so you can build them back up. That usually means angst. Most people don’t behave badly simply because they enjoy it. There’s going to be a reason.

But there are no excuses.

So when I set out to redeem Brian, I knew I had a tough job ahead of me. First, I had a character no one liked. Heck, in Building Forever (This Time Forever #1) I didn’t even like him. I did have sympathy for him, though—especially in the scene where he admits to Simon that he misses him. I had the idea then that Brian realized he’d made a huge mistake, and that it was only the latest in a long line of mistakes. I also sensed he was lonely and feeling lost without Simon, and I, um, totally have a thing for lonely characters. I think there’s one in every book. I don’t know why I find loneliness so appealing, except to say that I feel as if there’s an aspect of aloneness to us all, and that meeting The One is a wonderful balm.

This is not to say we can’t be fulfilled on our own—but I do write romance, and a romance novel usually does include a search for that missing piece, or as is so often the case in my novels, finding the person who fills that lonely spot.

I tossed around a lot of ideas for Brian’s book. I had Mal all figured out, so I knew who he was going to fall in love with. What I didn’t know was how to change Brian from someone who apparently slept around to someone who would be ready to commit. I didn’t want to pull out such well-worn tropes as “love is the answer” or “magic sex.” I didn’t want Brian to cheat in this book, either. I wanted a total reboot for both characters. So I had to challenge Brian in other ways. Because I didn’t want to use excuses, I decided to throw something of a wrench into Brian’s life in order to force him to reevaluate not only his direction, but where he came from.

I’ve heard it said that when you’re feeling down and directionless, helping others can be a way to restore your balance. Focusing on someone else’s problems can not only relieve the stress of dealing with your own, but it can make you feel good. You’re helping. And if you can help someone else, maybe you can help yourself. Might not work for everyone, but I know it works for me. So, I figured it might work for Brian.

Brian starts the book feeling down and directionless. He misses Simon, who was his lover, business partner, and friend. He is also mired by a feeling of inertia, regarding his career and personal life, and blames it on the small town he’s living in. And yet, he’s not quite ready to move on. Basically, he’s reached a crossroads, and while he’s there, he trips over two people who need him in a way he’s never been needed before—and it’s this feeling, of being needed, that is going to encourage Brian to grow.

The first is his nephew, Josh. Josh lands on Brian’s couch on Christmas Eve, kicked out of home for being gay. Brian has never considered being a father. He’s never been a family sort of guy—with good reason. But he responds to Josh’s situation with instant care, even while he’s muttering about not wanting the responsibility. And even though he at first rejects the idea of caring for Josh himself, it’s not long before he’s holding on to Josh with everything he has. Because caring for his nephew makes Brian realize one or two things about himself. One, he can’t change his past. But he can move on. Two, people actually need him. Him! And in order to provide for them, he has to step out from behind all the excuses he’s piled up over the years.

Mal needs Brian as much as Brian needs Mal and this is the secret to their new relationship. It’s one of mutual longing for something they each never thought they could have. What I really enjoyed about writing Brian and Mal together was also the mutual respect. I think Brian needed that, and not to look down on Simon, but Simon can be pretty cool. Charlie’s okay with that because Charlie is kind of overwhelming. He shakes Simon up on a way Simon needs. But Brian wasn’t okay with it. He needed to be more. He needed to be worshipped, in a way. To be loved in spite of, and that’s what Mal brings to their relationship. Of course, Brian is also perfect for Mal in a number of ways that I’ll talk about in other posts.

I hope you enjoy the redemption of Brian. I love this book and as I worked through each revision round, I couldn’t help but feel it was the perfect cap to the series—and that in some small way, all of the stories had led to Brian’s evolution, that the series had been about him all along. It’s not, but Brian’s ego is such that I’ll keep letting him believe it is, because when he’s happy, Brian is very, very capable of making a lot of other people happy too.

To view my visual inspiration for Brian, Mal, and the setting for Chasing Forever, visit my Pinterest board. https://www.pinterest.com/kmkjensen/chasing-forever-this-time-forever-3/ 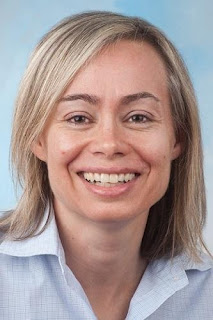 If aliens ever do land on Earth, Kelly will not be prepared, despite having read over a hundred stories about the apocalypse. Still, she will pack her precious books into a box and carry them with her as she strives to survive. It’s what bibliophiles do.
Kelly is the author of a number of novels, novellas, and short stories, including the Chaos Station series, cowritten with Jenn Burke. Some of what she writes is speculative in nature, but mostly it’s just about a guy losing his socks and/or burning dinner. Because life isn’t all conquering aliens and mountain peaks. Sometimes finding a happy ever after is all the adventure we need.
Connect with Kelly:

Giveaway
To celebrate the release of Chasing Forever one lucky person will win a $25 Riptide Publishing gift card and a swag pack of stickers, art cards, and bookmarks! Leave a comment with your contact info to enter the contest. Entries close at midnight, Eastern time, on December 15, 2018. Contest is NOT restricted to U.S. entries. Thanks for following along, and don’t forget to leave your contact info!