Javier Fernandez is a climate scientist living in a research station near the South Pole. Since his husband was killed in a car crash, he’s preferred to be alone, and is less than thrilled to have a junior scientist thrust upon him by his rich patron.


Col Steele is a trans man fleeing a bad break-up, ready for the next step in his career, who is ready to spend Christmas anywhere but at home. When a crack in the ice separates the two men from safety, they are forced to come to terms with their own losses and each other.

It was the start of the end of the world, but Col Steele didn’t know it yet.

The rhythmic whomp whomp whompof the helicopter’s rotary blades matched the beating of his heart.

He pressed his face to the glass, eagerly taking in the landscape below, capturing the view in his phone. There was no cellular network here, of course, and he had his Sony A73 packed away for the real work, but his phone was good enough to record his own personal memories.

The sparkling blue and white of the Ross Ice Shelf spread out before him, almost indescribable in its frozen beauty. The ice seemed to stretch on forever here in the South, as they called it. On the ice.

The copter had left the Southern Explorer a few minutes earlier, taking off from the grey deck and passing over a span of cold ocean water where a waddle of penguins played in the Ross Sea.

The cliffs of The Ice were white enough—and tall enough—to put the cliffs of Dover to shame with their splendor.

"First time?" His pilot, Joseph, steered the copter over the ice field with practiced ease.

"Nope, I’ve done the run to Amundsen–Scott more than a dozen times, people and cargo. Been out to Bettancourt three times now."

Col nodded. Paul Bettancourt was his benefactor—a billionaire who was keenly interested in the science and effects of global climate change.

He picked me.Out of more than two hundred research scientists, the man had chosen Col to be the next fellowship scientist to join Javier Fernandez at Bettancourt Station for a six-month internship.

It was still sinking in.

The timing couldn’t have been better. Col had no desire to be home for the holidays this year. After a bad breakup with David, he was nursing a broken heart, and was in no mood for Christmas trees and candy canes. Far better the frozen tundra of Antarctica, to match his frozen heart.

The Ross Shelf was much more varied a landscape than he’d expected. The smooth white ice near the shore gave way to a variety of landforms, the result of the ice being pushed and pulled around by gravity and shaped by wind and snow and rain for millennia.

There were mountains and valleys, the peaks white and the shadows a beautiful blue.

In other places, the wind-blown snow created long scallop shapes along the ice.

In at least one spot, a wide, shallow pool of melted water almost glowed turquoise in the sunlight. Not a good sign.

"You see a lot of melting out here?"

Joseph nodded. "More every year. It's been a slow thaw, but every summer season it goes a bit faster. Lots more icebergs too. Seeing one of those calve off the main shelf is something else. Crack! Thunder!And a great splash of water as it hits the ocean."

Col grinned. "I’ve seen it in the Arctic. I spent a year based out of Whitehorse, studying the ice sheets up north."

"Never been. Though I hear the girls in the Yukon are wild."

Col snorted. "I wouldn’t know." What he didn’t say was that he’d been one of them, once. On the outside, at least.

That was a lifetime ago.

Now this new life was laid out before him, and he just wanted to move forward.

He captured as much of the landscape as he could manage with his phone, awed that he was finally here. Then he tucked it away to just take in the experience.

"Might wanna get your phone ready," Joseph said at last. "We’re almost there." The pilot pointed off to starboard, and a small speck appeared in the distance, alongside a long line in the ice.

"It’s bigger than I imagined."

Joseph laughed. "You scientists suffer from a sever lack of imagination."

Col grinned. "It’s true." He stared at the Crack. It stretched from one edge of the horizon to the other, a sign of things to come. He’d seen many pictures of it, of course, but seeing it in person. It was awe inspiring, and a little frightening. It had happened two years before, but since then, the shelf seemed to have stabilized again.

It was the reason he was here, as much as his break-up with David.

He snapped a few pics, then looked down at Bettancourt Station.

It was a modest place, maybe the size of a couple RV’s hooked together. It basically was—two modules built by Northrup-Grumann to Bettancourt’s specs, brought in by military copter and hooked together. One served as the laboratory, and the other as living quarters for the scientific team.

Fernandez was there now. His last lab partner, Astrid Danvers, had departed a few days earlier. It had all been in the briefing email.

Col whistled. It was going to be a tight space for his six-month rotation down there.

Still, it would be worth it. Careers were made by postings like this, and he’d have a chance to put his education and experience to work at something that might actually help the planet.

He took a couple more shots, and then settled in for the landing.

If I were a Hollywood producer about to put your book on the big screen, who would you want me to cast as the leads?

For Javier, I think it would have to be Miguel Ángel Silvestre from Sense8 – throw some glasses on him and he'd make the perfect hot gay Antarctic scientist.

For Col? Scott Turner Schofield, the trans actor who was on The Bold and the beautiful. 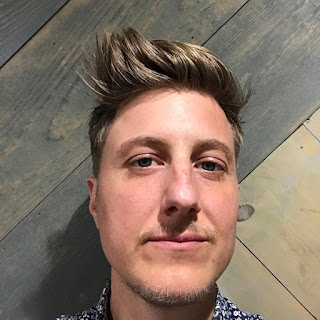 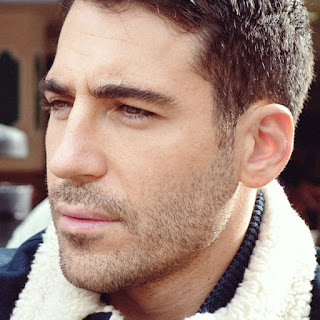 If you could create a new holiday, what would it be?

Free Oreos for everyone day? I could totally get behind that.

If you were stuck on a desert island all alone with only three things, what would they be?

If not, can I bring him?

How about my laptop, my teddy bear, and my copy of Moreta, Dragonlady of Pern?

What action would your name be if it were a verb?

Never stop moving. Totally. Even at night when I'm sleeping.

Would you visit the future or the past, and why?

The future. I wanna see how we pull this out – put our country back together, and manage to avoid the worst parts of climate change. I am an eternal optimist – the story about the kid who came up with a device to clean up the Pacitic Garbage Patch gives me hope.


Scott lives with his husband Mark in a yellow bungalow in Sacramento. He was indoctrinated into fantasy and sci fi by his mother at the tender age of nine. He devoured her library, but as he grew up, he wondered where all the people like him were.


He decided that if there weren’t gay characters in his favorite genres, he would remake them to his own ends.