If I Ever by S.E. Jakes - Blog Tour with Giveaway 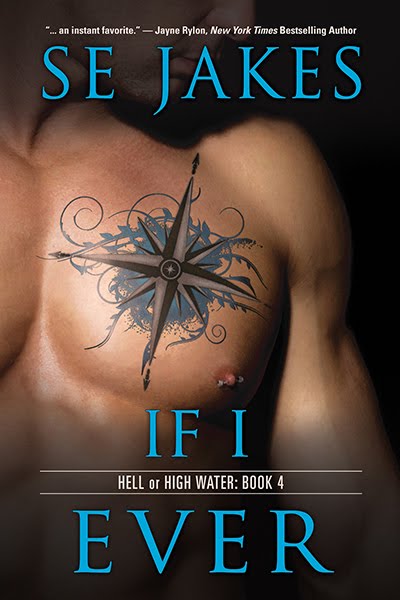 About If I Ever
Some ghosts refuse to stay buried . . .
Prophet and Tom have been through the wringer more times than they can count, both as partners in the field and in life. Yet despite it all, they’ve built something great together. But now they need to protect it again: Prophet’s old nemesis, John Morse, is back and threatening everything he loves.
Prophet is driven enough to take John down alone, and with a chance to do exactly that on the table, he runs with it, risking himself in the process. But trusting Tom to help him is so much more than mission critical.
It’s the final stand, and with Tom and his team behind him, Prophet’s in for the fight of his life. Then a figure from his past goes missing, and the consequence of an old mission rears its head. As complications and destruction mount all around them, getting out alive becomes the most important mission of their lives.
Now available from Riptide Publishing!
About Extreme Escapes and Hell or High Water 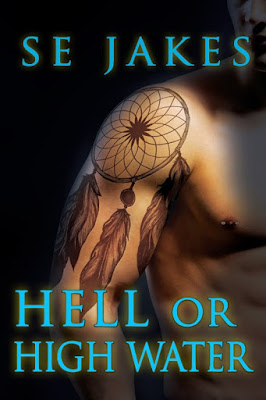 Extreme Escapes, LTD recruits only the best mercenaries for its black ops missions. Prophet — former SEAL, former CIA, current pain in the ass — has worked there for years, comfortable in his role as a lethal shadow, helping those the government can’t — or won’t — save.
Tom Boudreaux — failed FBI agent, failed sheriff, full-time believer in bad luck — jumps at the chance for salvation offered by EE. He’s eager to feel useful again, even if it means partnering with a man like Prophet, who doesn’t want a partner at all.
But as the two men work through missions that mix their personal lives with their professional ones, the lines between good and evil, friend and foe, and enemy and lover all begin to blur.
The Hell or High Water novels are best enjoyed in series order:
1. Catch a Ghost
2. Long Time Gone
3. Daylight Again
3.5 Not Fade Away
4. If I Ever
And don't miss the bonus novellas in the Extreme Escapes universe!
Free Falling  | Dirty Deeds
About SE Jakes
SE Jakes writes m/m romance. She believes in happy endings and fighting for what you want in both fiction and real life. She lives in New York with her family, and most days, she can be found happily writing (in bed). No really...
SE Jakes is the alter ego of New York Times bestselling paranormal and romantic suspense author Stephanie Tyler.
Connect with SE:
Giveaway
To celebrate the release of IF I EVER one lucky person will win an ecopy of Running Wild, a Havoc novel by SE Jakes! Leave a comment with your contact info to enter the contest. Entries close at midnight, Eastern time, on January 26, 2019. Contest is NOT restricted to U.S. entries. Thanks for following along, and don’t forget to leave your contact info!