The forbidden is the sweetest lure.

Trenton Security’s Public Relations go-to was Hayden Gage. He loved his job, and it kept him distracted from the demons haunting his nightmares. His past wasn’t up for discussion, and Hayden wouldn’t allow it to intrude on his future. Yet, that was easier said than done when his best friend came to him desperate for help, and it put him right on the path to his one weakness.

Derrick Thorpe lived in the shadow of his father’s mistakes. Although he was adopted by Linus Trenton, he wanted to prove that he wasn’t like his biological father. When he was asked to go undercover to help at Trenton Security, it put him in close quarters with Gage. Being Gage’s was only an act, but when lines blur, what happens when the operation ends?

They had so little time to prepare, and he’d only have part of the team with him. He and the Crew functioned better as a single unit. Alex and him spoke sparingly as they were lost in their thoughts. They exited the lobby and let the driver take their bags as they slid into the backseat.

He focused his attention on the scenery outside the window as it shifted from towering buildings to the beach in the distance. The thirty minutes to the airport crept by, and as they pulled up in front of the terminal, he tensed. No way in fuck would they do that—a beautiful boy with dirty blond hair stood flanked by Pure and Raul. The sexy scruff no longer on Derrick’s face made him appear younger.

“What the fuck was Linus thinking?” He growled the question. Didn’t they understand what would happen to Derrick when the boy was completely at his mercy? He’d have to touch Derrick, maybe more depending on the surveillance around the estate. “I can’t do this.”

“It’s not just an assignment or some man. How do I fight my instincts?”

“It’s him? The perfect one. The ghost that drifts through your dreams. The one you cut to forget?”

“Has the one person you’ve dreamed of for years ever appeared? Six years ago, I thought I was fine and”—he turned his attention to Derrick and studied the young man through the tinted glass—“he gave me this sweet, shy smile and I wanted to own him. I can’t have him just for that.”

“You’re not your old man, Gage. The Major is an evil bastard, and he can’t be satisfied unless he hurts someone. He gives sadists a bad name. He’s reaping his reward, wasting away alone in a nursing home, and no one is going to mourn when he’s dead.”

On a night with too much drink, he’d told Alex everything, and if Alex hadn’t mentioned it the next day, he’d never have remembered his loose tongue.

“Gage, he’s just a man. Focus on the mission, the end game and nothing more. Draw the line and don’t dare fucking cross it. This is about finding Cameron and bringing her home safe.”

He nodded but knew his agreement was a lie. He’d already crossed a line without knowing it. The proof was in his bag, his weakness tangible as the cool metal nestled in a bed of silk. He drew his disinterest and coldness around him, fixed his expression so as not to reveal his true feelings. 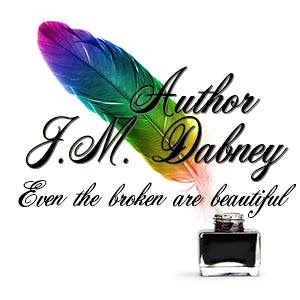