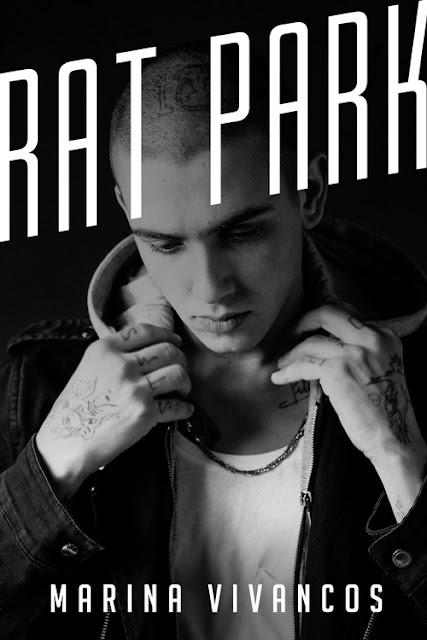 Dominic has lived with an empty ache inside him for as long as he could remember. Maybe it started when he was six, hiding beneath his blankets as the wild animal noises of one of mom’s parties echoed in his head. Maybe it began the first time an adult plied him with drinks just to watch him stumble about.

Or, maybe, it was that he couldn’t even imagine what being loved should feel like.

Drugs washed all that away. It didn’t cure the ache, but it made him forget it for a while. Anything was better than being conscious. Than being himself. But life had another hard lesson for him: With drugs, the only way is down.

Dominic hits rock bottom when he’s twenty-three. Turns out, rock bottom looks a lot like the bars of a jail cell. With little left but his own thoughts, Dominic has to decide: Is this what I want for the rest of my life?

The world has never been kind to Dominic, but when he meets the Romeros, he wonders if that is about to change. Officer Catalina Romero seems to see something in Dominic that he is sure isn’t there. The more she pulls him towards her family, however, the harder it is not to go.

All his resistance disappears under the force that is Flor Romero. Spitfire, stubborn Flor—even at sixteen, he refuses to be taken lightly. As he grows older, putting a stop to what Flor obviously wants to happen between them is harder than Dominic would ever want to admit.

Dominic knows that he has too many demons to let anybody get too close. But life doesn’t prepare him for Flor, who just might be ready to fight tooth and nail for a place in Dominic’s life—and his heart.

The question is, will Dominic’s past keep him from his future?

When Marina was a child she couldn’t sleep. Night after dissolving night she just couldn’t sleep. Nothing much worked – until she started making up stories in her head. Suddenly, the transition into unconsciousness was a smooth dive into calm waters.

Marina is currently in a period of sleepless upheaval, and she hopes writing down the stories in her head will cast the same spell it did decades ago.

Marina hopes to write in a variety of romance sub-genres, from contemporary to supernatural to sci-fi. Her style, however, tends to focus on character-centred stories that explore different facets of the human experience, such as mental health. She also enjoys writing explicit, drawn-out sex scenes, so expect those to be a prominent feature of her stories.

Marina tends to keep to herself unless prompted, so don’t be shy in approaching her!