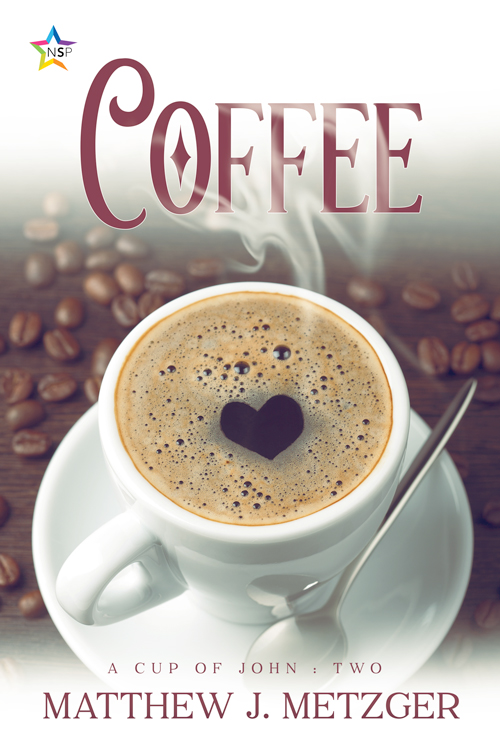 When Chris’s stepfather passes away and leaves Chris a house and a wedding ring, it seems like the perfect opportunity to take the next step in his relationship with John.

So, they’re both in for a nasty shock when Chris’s mother is vehemently opposed to the idea. Despite three years of history to prove otherwise, she insists that John is only a temporary feature in Chris’s life, and a man like him can’t be expected to stay with someone like Chris in the long run.

Can Chris persuade her that she’s wrong in time for the wedding—or will there be an empty space in the photographs?

Rather appropriately for the occasion, it had been raining all day.

Chris took in a deep lungful of smoke and exhaled it smoothly into the chilly afternoon. The memorial garden was blissful after the hustle and bustle of the funeral. The air was open and soothingly cool, not like the stuffy heat of the chapel. He could breathe again. He could gather the shards of grief around himself and try to put them back together, without having to think about his mother’s sobbing at his side, or the favourite song that had been played for Jack’s last journey, a song now stained with sadness.

The gentle patter of raindrops on the umbrella calmed him, and the far-off chirping of some irate bird provided a gentle counterpoint. Life slowed. From farther off, the chattering of friends and relations had finally died away, and Chris stubbed out the remains of the cigarette as he heard the crunch of gravel.

He’d never been here before, but the footsteps coming down the path were as familiar as his own. Thunderously heavy, an immense weight crushing each step into the ground even as the pace was slow and steady. That slight stress on one step, followed by lightness on the other. That dodgy knee from the rugby accident last year had left its mark in the form of a subtle limp and a tiny scar like a fish hook that made its owner go all shivery when Chris kissed it. Even the speed with which each step followed the other was familiar, like the tower of a body might collapse if the feet were spread too far apart. The hands that clasped Chris’s shoulders were as big as spades, and only one person in his life was tall enough to kiss the crown of his head without the use of a box to stand on.

Chris leaned back into the wall of a man who had arrived and lifted the umbrella to let him into the shelter.

“Your mum’s gone home with Lauren.”

The relief was bittersweet. Mum and Lauren had always gotten along, despite one being Dad’s ex-wife and one being Dad’s girlfriend. Lauren would look after her—even if it was Chris’s job. Even if he was supposed to.

It hadn’t been real. It had taken so long that it had never quite felt real until this moment.

Jack had died a long, slow, terrible death. Weeks in the hospice. Chris would never forget the gargling way his stepfather had breathed near the end, or the clammy coolness of his skin. The way Mum had cried, soft little sniffles at the corner of the bed on that final day. The gaps between the gurgles, until finally there had been nothing but the eeriest silence. The shaking in his fingertips was over.

Everything was over. The smell of cigar smoke on the tenth of March, the one day of the year Jack lit up. The shuffle of his slippers. The whirr of that deathtrap of a stairlift. The croaking way he’d chuckled, a noise that in a bigger man would have been a belly laugh. The little huff he let out when Mum was in one of her moods, followed up hastily with “Yes, dear, of course…” And Chris had never seen it, but he’d known Jack had flashed him little smirks across the table at such moments, conspiratorial understandings between the two men who were most subject to her fussing and flapping, the two men who loved her most. Gone.

“I know.” The words were soft but firm. The hands on his shoulders rubbed down to his elbows and then back up in a long, smooth stroke. “But so is the pain and the suffering. He’s not hurting anymore. And if he was right, then he gets to see his daughter again now.”

Chris coughed a shaky laugh. It bubbled out of his ribs like water overflowing. “No such thing as heaven.”

Chris sighed and leaned his head back. He closed his eyes and hummed as a kiss was pressed into his temple.

But his chest ached. His ribs felt like they were going to cave in, and a red-hot pain followed the scar, as if he’d been wrapped in metal wire, melting against his skin. He hurt.

The hands pulled. He was turned by the shoulders and drawn into a rain-damp embrace. The arms around his back made the pain worse, but Chris clung and burrowed into the embrace anyway. The kiss on the top of his head slotted two of the jagged edges together and sealed them shut again. The grief ebbed a fraction. 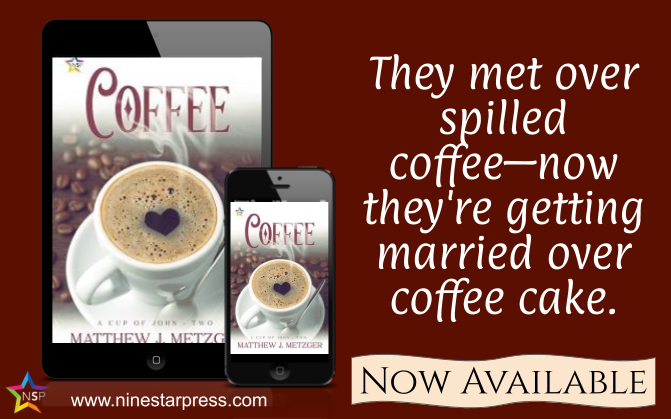