Third-gender operative Dalí Tamareia thought their life as an ambassador ended when they joined a galactic intelligence agency. When they’re yanked out of the field and tapped to negotiate the surrender of deadly bio-engineered warriors who crashed into hostile territory, Dalí is thrust headfirst back into the tumultuous world of galactic diplomacy.


Dalí has faced Shontavians before, but not like these. The stranded mercenaries are highly intelligent and have an agenda of their own. Dalí can’t afford to be distracted from the negotiations by their own demons or the presence of a charming diplomat with a mysterious past.


As a brewing civil war threatens to derail the entire mission, Dalí must use all their skills to bring this dangerous situation to a peaceful end—but the Shontavians may not be the biggest monsters at the table. Someone is determined to see Dalí and their team dead before they discover the brutal truth hiding in the wreckage.

E.M. is giving away a $15 Amazon gift card with this tour. Enter via Rafflecopter: I took a quick turn in the cleanser to rid my skin and hair of the tacky residue left by the decon spray. In the warmth and vibration, I shuddered as the last of the physical characteristics I'd adapted to pass as male shifted back into my neutral, sexless state. My crewmates didn't expect me to assume a gender, something for which I remained grateful. Without hormone stimulation to drive the change, the process was more painful, and my shoulders complained against the grind of bone and muscle.

I tamed my wavy brown mop as best I could, drawing it into a short, braided queue at the back of my neck before putting on the dress black uniform hanging in my quarters. The white starburst of diplomacy blazed in holographic relief on my left shoulder with the multiarmed spiral of the Remoliad's sigil on the opposite sleeve.

To be back in the uniform of an ambassador felt strange. Transient reflections in the narrow window showed a me I hadn't acknowledged in over two years. I barely recognized the echo of who I used to be, a transparent ghost against the stars outside.

The reason I had been pulled out of the field began to make sense, though I still didn't know what the assignment entailed. Time to find out.

At the closed door of Sumner's ready room, I tugged at the tunic's high collar, squared my shoulders, and tapped on the panel to request entry.

“Granted.” The door slid aside with his verbal acknowledgment. I stepped through.

Silhouetted by the flicker of busy data screens behind the desk, Sumner wore a black uniform with insignias of diplomatic service similar to mine but without the starburst rank of ambassador. Instead, he wore the pips of an officer in the Remoliad Fleet on the high neck of his collar. He stared at the screen of a PDD, his expression dark and troubled.

Sumner glanced up and a crooked grin formed on his lips as he rose. “Ambassador Tamareia. I haven't seen you in a while.”

His vocal inflections sounded almost normal, but his eyes still held frost. We were never this formal with each other, a sign of the tension between us.

“I haven't seen me in a long time either. It feels very strange.” I took a deep breath. “I would like to apologize for my insubordination, especially for what I said in med bay, Commander. I was out of line.” Embarrassment burned in my cheeks, and I lowered my gaze. “I owe Melos and Ziggy more than an apology. I was under the influence on a mission, and I put the lives of my teammates in danger. I will accept the consequences of my actions as you deem appropriate.”

“Grab a chair.” He gestured opposite his desk, and I sat. “I think I owe you an apology as well. I've gotten used to autonomy. When some bureaucrat tells me to drop whatever I'm doing and pull my operatives in the middle of a potentially productive mission, it pisses me off. The order to recall you came from so far over my head I got vertigo. The rest is just the frost on the comet, and it pushed me over the line.” He cleared his throat. “I'm sorry for the vendetta remark.”

“No, you were right. I needed to be reminded why I'm here. You promised only that I will be involved when we take them down, not that I would be the instrument.” No matter how badly I wanted the privilege, I had a bigger job to do. “Who told you to recall me?”

His mouth twisted in an ironic smile. “The Remoliad security council.”

My eyebrows threatened to merge with my hairline. “The security council has authority over the Penumbra?”

“Technically. My superior answers to the secretary general, but it's almost unheard of to receive a direct order from any office.”

“I don't understand.” I frowned. “Did my mother have anything to do with this?”

“No, Ambassador Urquhart isn't involved as far as we can tell. We checked since the order was so specific. But I just received more details.” He handed me the data device he'd been scowling at when I came in. “Against all previous declarations of disdain for galactic alliance, the Ursetu recently issued an emergency petition for their planet to become a member of the Remoliad.”

I narrowed my eyes at him and took the PDD. “I saw something about that in my debriefing file. The crown princess is dead?”

“Yes. The queen and her grandson, Prince Razaxha, are still alive.”

“What happened? Was the planet attacked?”

“Yes and no.” He swept his hand and a heads-up display swirled into view between us. “I'll warn you up front, this is brutal.”

The wreck of some immense ship blighted the forested grounds of a ziggurat-like palace, silhouetted against the backdrop of a sharp black mountain. Columns of smoke and flames traced the outline of warped and twisted debris. The recording lens zoomed in on a section of the disaster where tiny flashes of light sparked and died. As the picture enlarged, I sat forward in shock.

“Enhance this area.” Sumner circled the spot on the heads-up and spread his fingers. The portion of the holovid expanded, grainy, blurred, and blocked by foliage, but I made it out plainly enough. Enormous, gray-skinned figures piled out of the wreckage.

The four-armed beings appeared unstoppable as they swatted aside the Ursetu and their guns, snatched up the soldiers with their sharp-taloned hands and—

A psychic memory of the taste of blood and entrails hit me so hard I fought the urge to vomit.

“Stop the playback!” I drew heavy breaths through my nose until the nausea passed and my heart stopped pounding. Sumner swept his hand over the enlarged holo, reducing details to a safe distance as my mind attempted to process what I'd seen.

A ship hadn’t crashed in the middle of an Ursetu city. It was the orbiting laboratory where Shontavians were engineered and kept isolated until their sale to whomever bought their mercenary services. It crashed into the planet or was deliberately brought down.

The Ursetu faced monsters of their own making—huge, intelligent creatures with the serrated teeth and claws of a predator, created solely for fighting wars. And they had a craving for sentient meat.

If I could cast this, I would probably have to move backward and forward in time just a bit! Luckily, this is a dream cast, so it doesn’t have to be feasible.

Dalí has always looked like actor Jaye Davidson in my head. Jaye first came to my attention in The Crying Game, and then in Stargate. 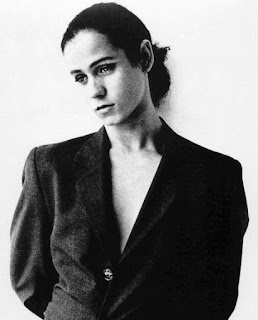 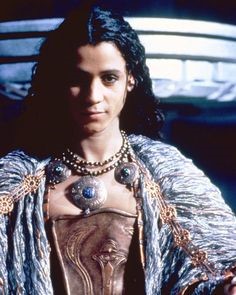 Rion Sumner is cool, collected, and professional on the outside, but has a hidden inner side that is soft and surprisingly tender.  Charlie Hunnam might fit this description. 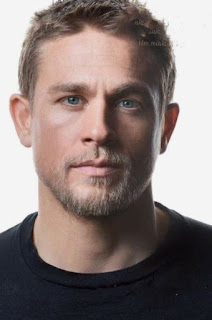 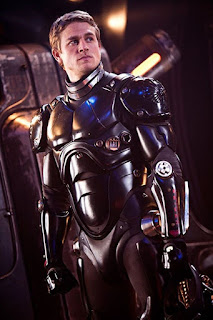 All during writing, Alecto’s voice in my head was Paul Bettany. Add the lavender tones of his skin and you can  imagine why Paul Bettany’s The Vision was a major inspiration for this character. 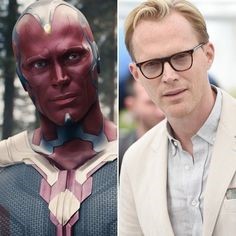 There can be only one person for this role. Doug Jones is my dream actor for Gor because of his gentle voice, his graceful movements, and his eloquent hands. And I can vouch that he’s an excellent hugger! 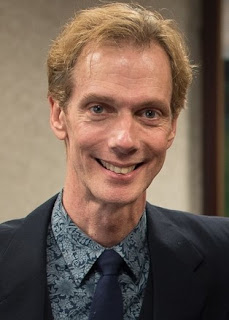 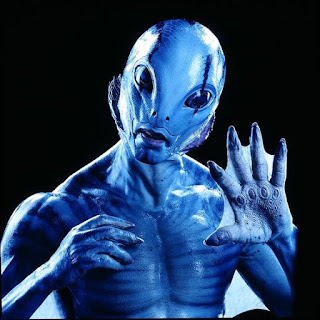 Dalí has a lot of conflicting emotions about this character, who is powerful and charismatic and sexy as hell. Ricky Whittle? Yes, please. 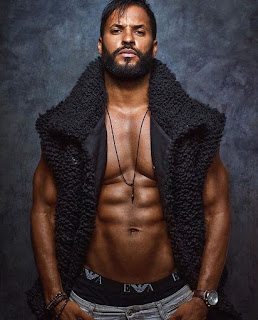 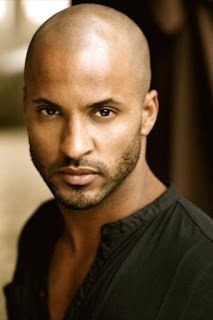 So, those are my choices for an initial dream cast of Peacemaker. If you have anybody in mind for the characters or any that I didn’t cast here on the page, I’d love to hear about them! You can contact me via www.emhamill.wordpress.com or through my website, www.elisabethhamill.com

Elisabeth "E.M." Hamill is a nurse by day, unabashed geek, chocoholic, sci fi and fantasy novelist by nights, weekends, and whenever she can steal quality time with her laptop. She lives with her family, a dog, and a cat in the wilds of eastern suburban Kansas, where they fend off flying monkey attacks and prep for the zombie apocalypse.


Her other books include the acclaimed sci fi novel Dalí, the snarky urban fantasy Nectar and Ambrosia, and several short works of fiction. Visit www.elisabethhamill.com for a full list of literary work.