Rules To Ignore by Susan Hawke - Blog Tour with Excerpt 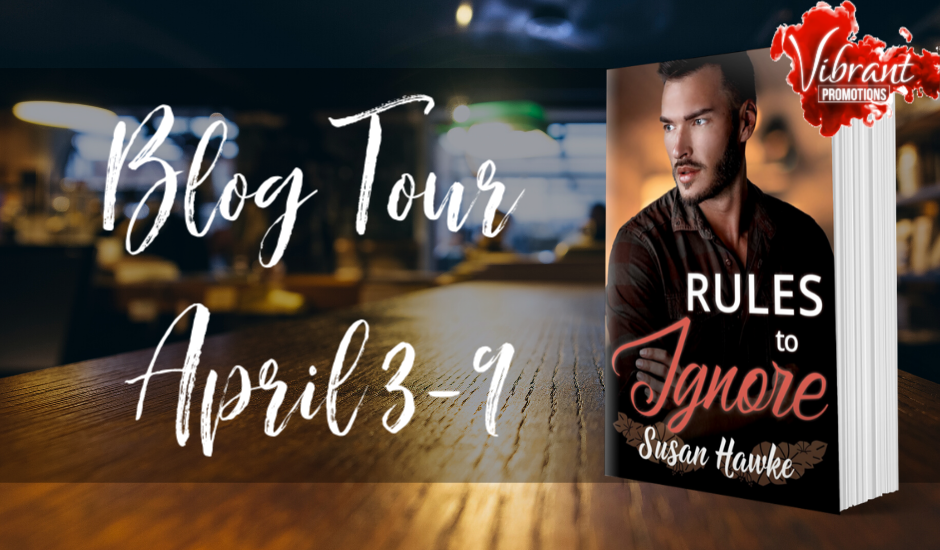 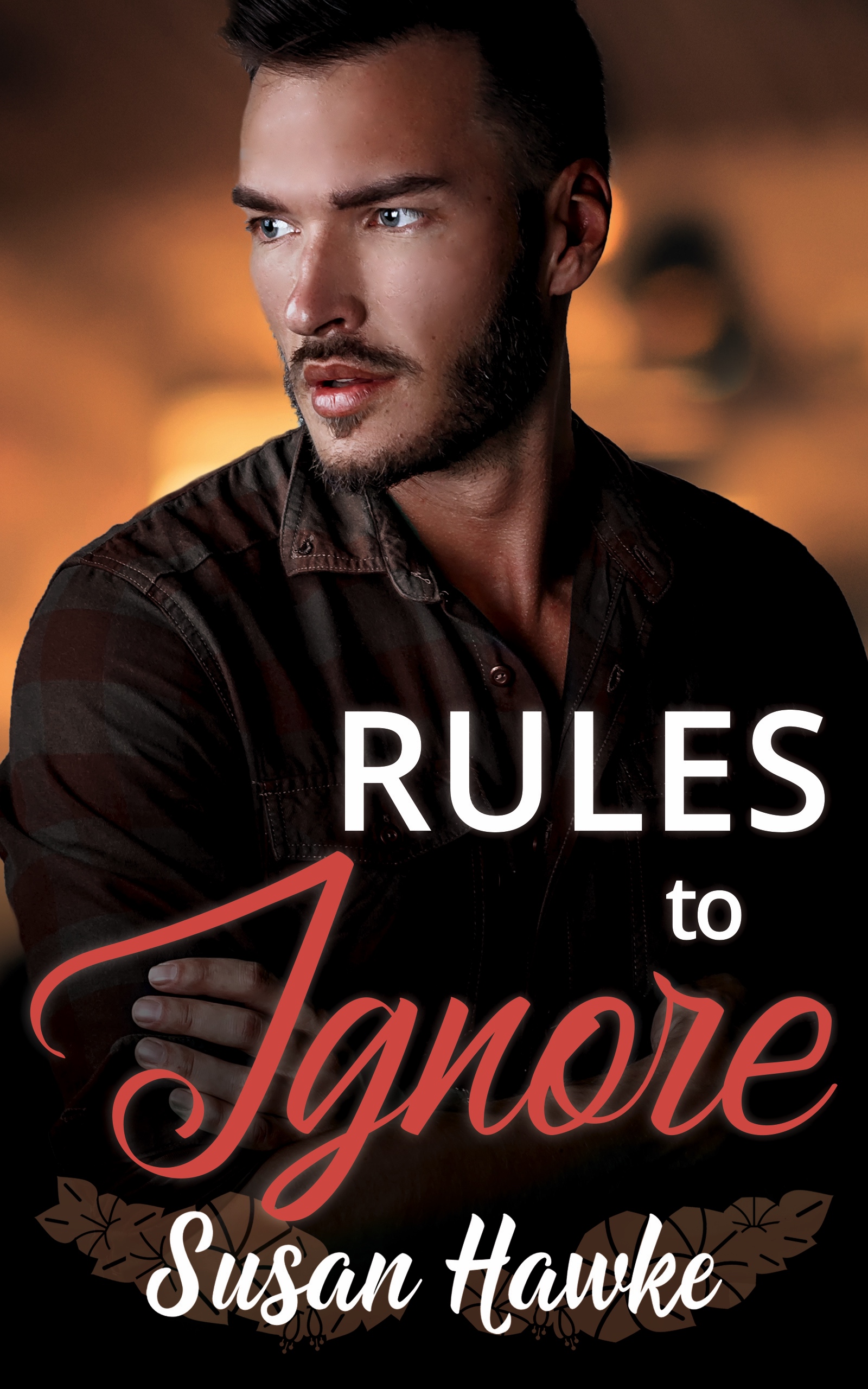 Davey’s Revised Rule #1: A good Daddy will love his boy with all his heart.

Davey Hendrickson doesn’t mind being forever single when he’s got his bestie at his side. It’s not that he wants to be single. He’s spent most of his adult life searching for his own perfect Daddy. Even if he’s not naturally submissive, someone that fabulous is obviously meant to be a boy… right? Over the years, he’s dated every type of Daddy imaginable but not one of them could come close to meeting the requirements from his ridiculous list of rules.

After losing his husband, Sammy Robustelli has learned to be strong while raising two children on his own. No matter what life has thrown his way, nothing seems too hard with his best friend and roomie Davey at his side. When the two friends learn that people believe they’re a couple, they can’t help but laugh. The very idea is a big joke... until it isn’t.

It only takes a few wake-up calls before Davey wonders what happens if a guy might be in love with the best friend he can never have. It could never work for a pair of boys in need of a bossy top, right? Except… maybe Davey doesn’t know himself—or Sammy—as well as he thinks.

This is the final book in a series about not-so-perfect Daddies, adorable “boys,” and one sassy brat with an insane list of rules. Grab your fan and tissues because this series comes with both a high heat advisory and all the squishy feels you’d want from a Susan Hawke book. 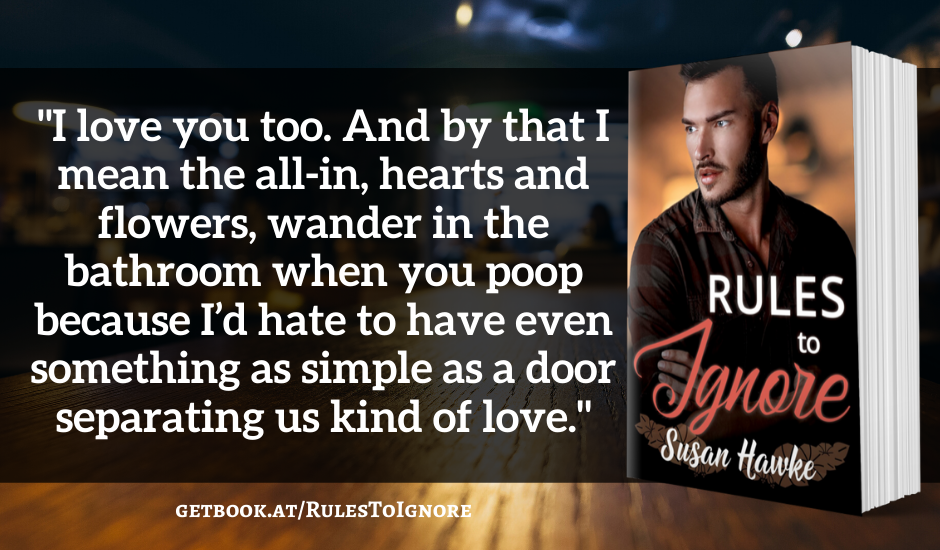 Preston finally held my card out, but didn't release it when I reached for it. "Not so fast, boo. I know you're going to disappear the second I let this go—and you'll be too distracted to pay attention when I read the announcements—so I want to run over a few things. We have the tables set up in a row against the far wall, as we discussed. You'll begin your date by handing this card to the moderator."

"Moderator? And who will that be?" Preston looked irritated when I interrupted, but I wasn't sure I needed my interactions to be judged.

Preston rolled his eyes. "We discussed it, remember? Pay attention, sweetie. Our regulars have volunteered to act as moderators. They aren't there to interact, so just ignore them. They will take each of your cards and rate your three-minute date. At the end of the event, we’ll look through everyone's cards and match couples according to those ratings. You'll have the same moderator, because you won't change tables. So I'd suggest picking someone you like before you choose their table. When the bell rings, the boy will move on to his next date while a new one will take the seat in front of you."

When he finally let go of the card, I frowned at it for a second. "No wonder I didn't know what was going on, that sounds complicated. I probably zoned out during our planning sessions."

"Right? You did seem to get distracted easily, now that I think about it." Preston paused and smiled kindly. "Relax, Davey. The only thing different about tonight is the length of the date and the side of the table you're sitting on. Remember to keep an open mind and have fun. Besides, didn't I see Sammy walk in with you? If he's doing the mixer, at least you know you'll have a three-minute break to bitch at your bestie about what I'm putting you through." He paused to waggle his eyebrows. "Unless maybe you'd prefer to make better use of those three minutes and explore the chemistry everybody sees between the two of you." 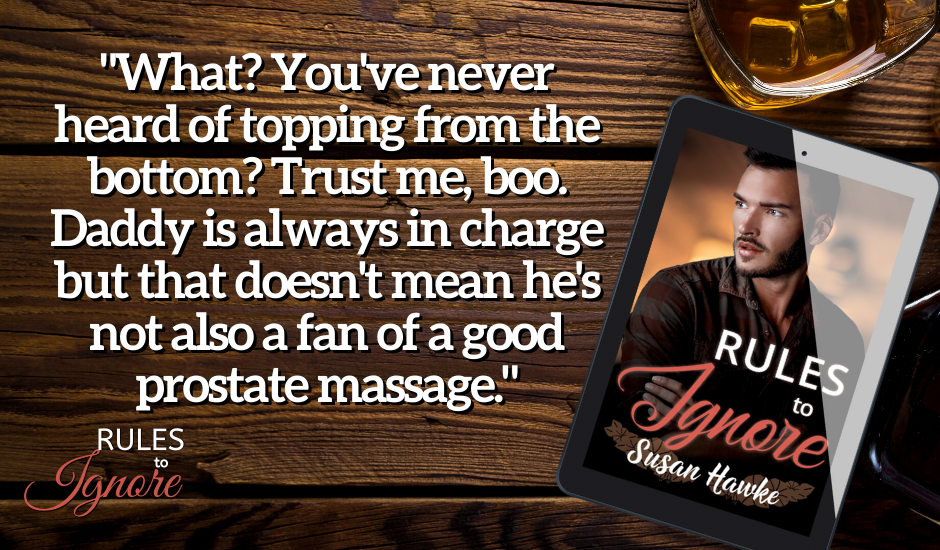