Welcome to the tiny European country of Rosavia, where roses ramble over alpine slopes and princes fall for the men of their dreams. Every Rosavia Royals book happens simultaneously, so books can be read on their own, or in any order... but keep an eye out for familiar faces around the palace!

Come join the fun on the Royals Facebook Group:
https://www.facebook.com/groups/RosaviaRoyals/

A playboy heir needs: a man to marry, right now.


After spending half his life dodging his duty to the crown, the rebel heir to the Rosavian throne has been told in no uncertain terms that it’s time to settle down. Crown Prince Leopold has one month and a vetted list of suitable princesses, and he will announce his engagement during Rosavia’s Royal Ball. But Leo’s got his own ideas about what really suits him…


Royal Librarian Edvin Blom is good at not attracting attention. Shy and self-conscious of his stutter, he’s used to being overlooked and more than happy to stay in the background. At least, until the crown prince with a wild reputation shows up at the library’s new opening and decides to flirt with Edvin’s sister…


Edvin isn’t at all what Leo thought he wanted, but turns out to be everything he can’t stay away from. Edvin’s been burned by falling for someone out of his league before, though. And believing that Leo has really fallen for him? While Edvin’s drowning in his own doubts and insecurities, that might prove impossible… unless love gives them both a reason to come up for air.

A spy prince needs: a man who sees through his disguise.


Prince Benedict is not what he seems. His image as a lazy playboy is carefully constructed to hide the truth. Trained since childhood to become Rosavia's top spy, he spends his life in disguise—and danger—to protect his country. Nobody sees the loneliness in his heart.


Felix Wright is a genius with four degrees, no real-world experience, and a top-secret job... and he's never even been kissed. A lifetime of being alienated for his most valuable assets has left him reluctant to trust the charming prince who thrusts him into fieldwork for the very first time.


When the Crown Jewels are stolen two weeks before the royal ball, it's their job to save the country's reputation. Benedict helps Felix believe in himself, while Felix slowly coaxes the real prince out of hiding. But can they find the jewels and rescue the most priceless treasures of all: each other?

A bratty boy prince needs: a firm but fair Daddy.


Prince Renford is a royal brat. Nineteen and last in line for the throne, Wren hates his made-up job: Commander of Roses. Good thing his long-time valet has a firm hand—if only Wren could tempt him to break all palace protocol and use it.


Thom Pierce is sixteen years older. Old enough to know he should ignore his prince's less-than-subtle flirtation. He's been burned by a higher-ranked boy before. His job and reputation are at stake if the palace catches a scandal unfolding under their noses.


Wren needs the part of Thom that he's kept locked away for years. If the young prince wants to be taken as seriously as his older brothers, he has to grow up fast. Thom's rules could help Wren become the man Thom knows he can be in time for the Royal Ball... or they could attract the very attention that forces them apart forever.

Come join the fun on the Royals Facebook Group:


Enter the Rafflecopter giveaway for your chance to win! 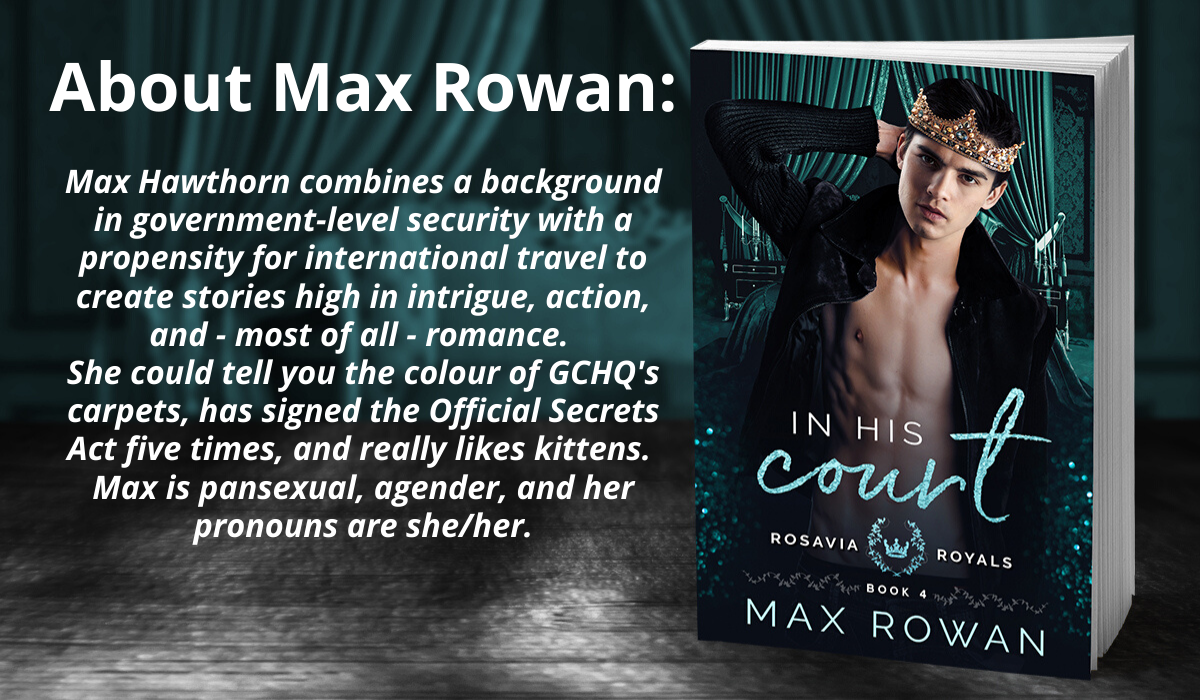