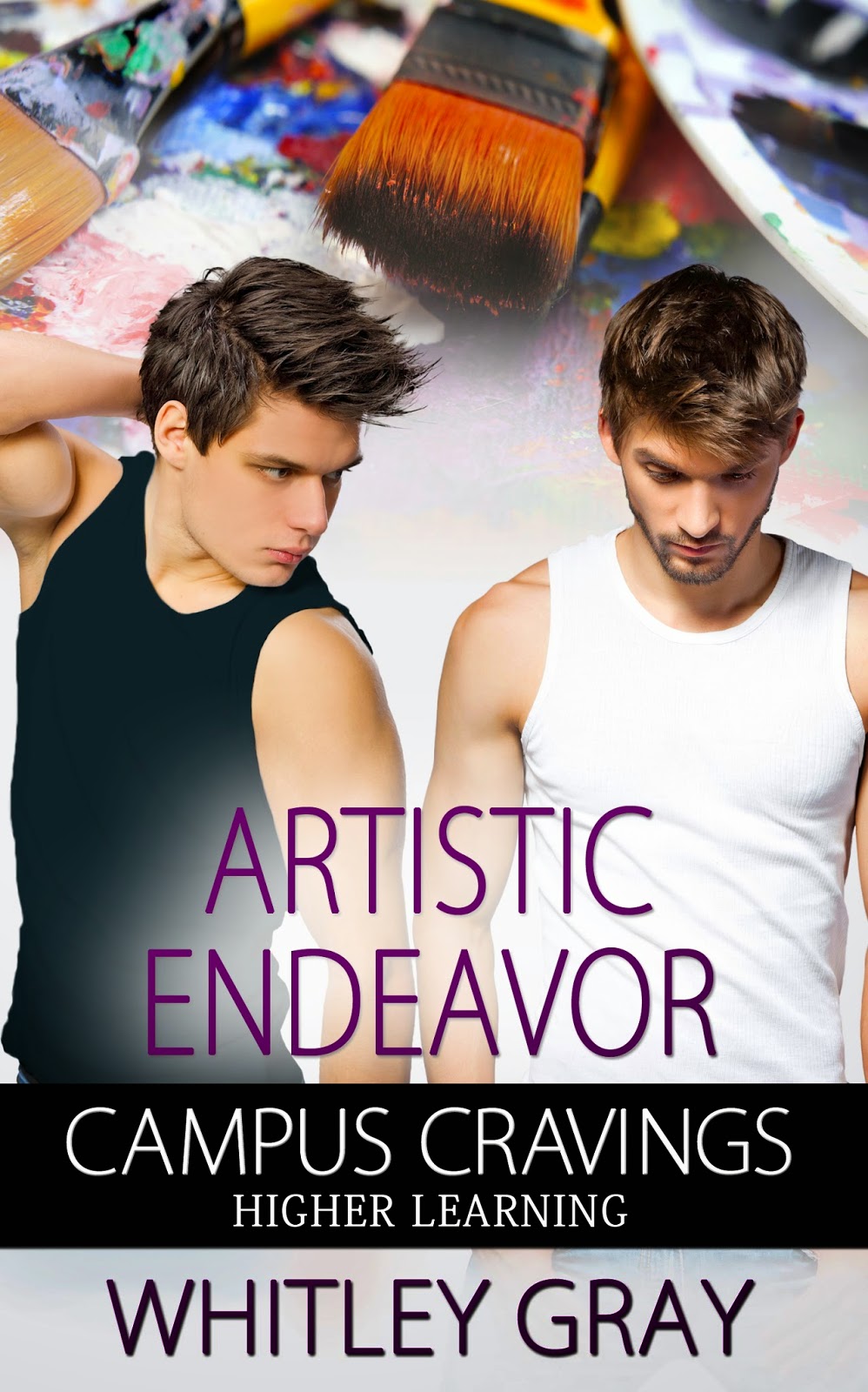 When friends ask one-night stand connoisseur Michael Esteban to introduce college professor and virgin Cobey Miller to the joys of sex, Michael balks. Lust is his thing, not leading a twenty-five year old novice. But shy Cobey has problems meeting men, and their introduction fuels Michael’s decision to help Cobey become a gay-sex-loving guy. It’ll all be fun and games—unless someone falls in love.

In the dimly lit bar, Michael drummed his fingers on the table. “Maybe you should have let me meet him somewhere without you two along as chaperones.”
Eli chuckled. “It took me a week to convince him to meet you. He’d never go for the blind date thing.”
“Well, he’s late. Sure he’ll show?”
“Relax.” Burke massaged Eli’s neck. “He’ll be here.”
Ordinarily Michael looked forward to sizing up a new man. In fact, he’d already taken stock of every guy in the room. If Cobey didn’t show, the bartender looked like a good prospect. Prolonged eye contact, a big grin, and a wink when serving Michael’s beer. Yep, good prospect. Someone new.
Of course, Cobey would be new. Too new. Michael sighed. How was he supposed to introduce himself? Hello. I’m the guy our mutual friends have asked to be your sex instructor. How’s it hangin’?  Yippee.
“There.” Eli nodded at the entrance. “Just coming in.”
For a moment it was too crowded to see much, but the herd of patrons parted. Michael licked his lips. Well, well, well. The picture hadn’t done Cobey justice. Nicely wide shoulders, narrow hips, hair a man could get a grip on. Dark eyes. A perfect mouth—full but not too full. How was it possible this gorgeous male specimen had never been intimate with another guy? And Michael had the opportunity to be the first one.
I can certainly sacrifice myself for the greater good by teaching him.

Originally offered in the anthology Campus Cravings, Artistic Endeavor is a short, but fulfilling read.

I have to say the characters in this story really tend to suck you into the book. I didn't expect to like Micheal trying to initiate Cobey into enjoying sex. Surprisingly he ended up being a really good guy, he just liked sex and had a fear of commitment after being ditched by his last partner. You have to admit that once that little bit comes out, you look at his actions and reactions differently. He's allowed himself to become so closed off to the potential for love that he almost misses his opportunity.

Cobey was just sweet and so adorably cute that you couldn't help but not cheer him on when he does something sexy with Micheal. I would have liked to have seen what his family things of him being gay, as I don't remember seeing that in the story. That's probably the only thing that could have been expanded on to give that full picture, but really the story was highly enjoyable as it stood.

Overall this is a very satisfying short story with sweet characters that find more than they expected out of a casual situation. I recommend this for those that enjoy the lighter side of sex and romance.

About the Author:
Once upon a misspent youth, Whitley read and wrote stories under the covers at night. At some point, real life intervened, bringing with it responsibilities and a career in the medical field. After years of technical writing, Whitley became enamored of romance and took on the challenge of giving it a try. Inventing characters and putting them through paces in interesting ways turned out to be addictive, and along the way, Whitley discovered having two heroes is twice as nice. A pot of coffee, quiet, and a storyline featuring a couple of guys makes for a perfect day.

A Rafflecopter giveaway has been set up through which four lucky winners will be chosen-
·         1 Winner will take away a $20 Amazon Gift Card.