On Solid Ground by Melissa Collins is a contemporary M/M standalone romance with a release date of January 15, 2015. 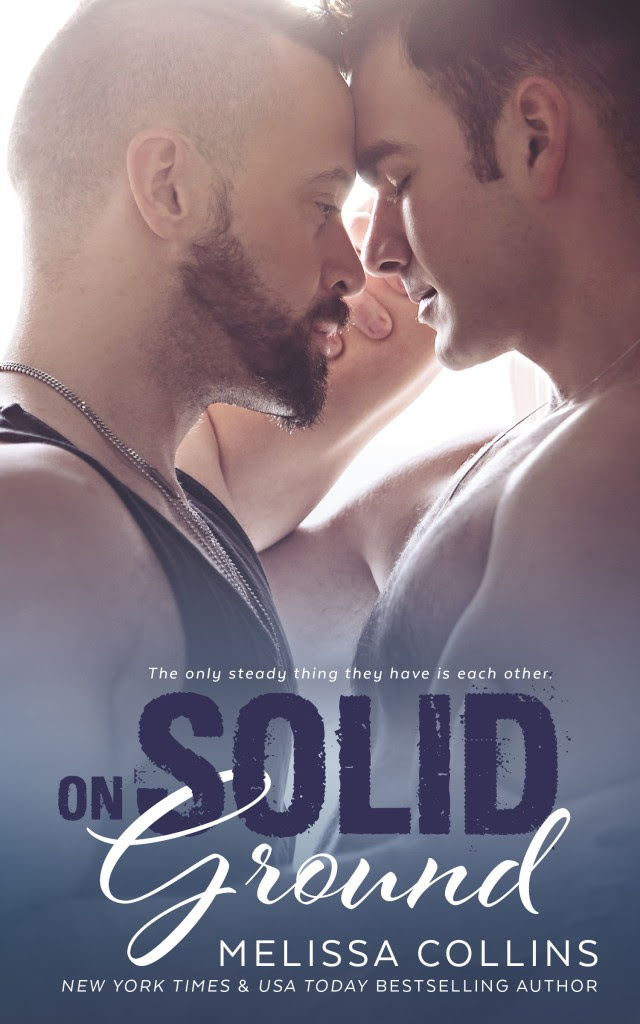 When Jacob “Dax” Daxton returns home from war, he has to fight a new battle – the one to find his place in the world. The man who normally has a clear path to victory surrounded by brothers in combat is suddenly lost and alone. After meeting Beckett Ridge, a bearded tattoo artist, Dax’s journey begins winding down an unexpected path.
Still reeling from events that shook his foundation, Beck has never been part of anything meaningful. Now faced with responsibilities foreign and daunting, Dax’s broken spirit mends Beck in ways he never even knew he was destroyed. As both struggle to find balance, they are healed by the comfort they find in one other. On the other side of chaos, they hope to find themselves On Solid Ground. 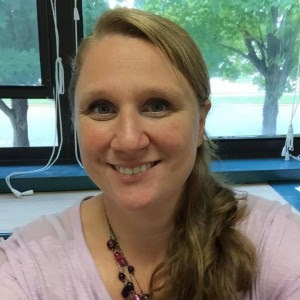 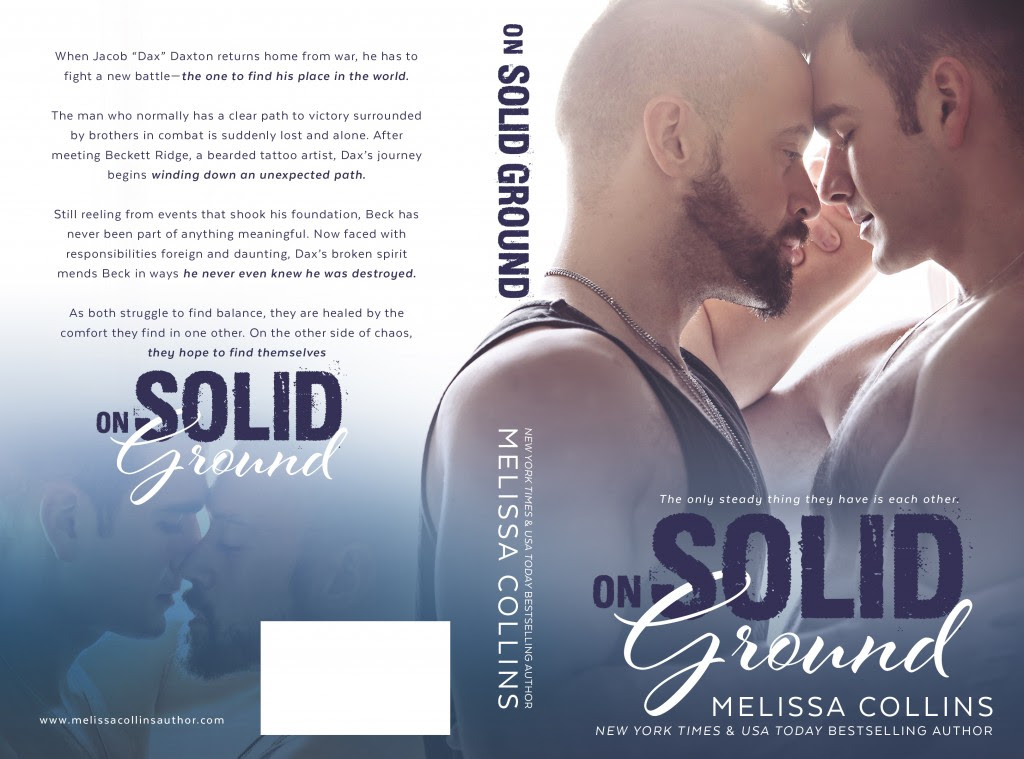