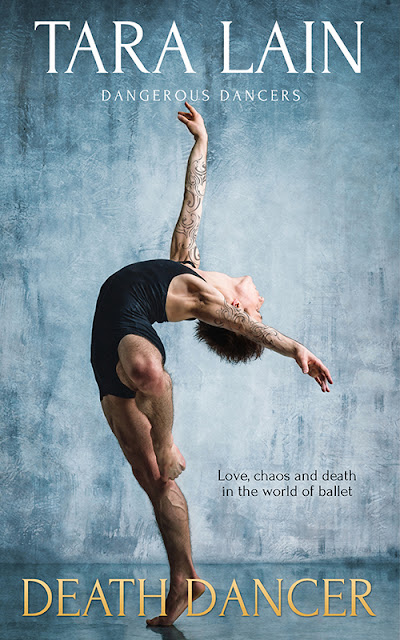 A tattooed dancer and a by-the-book detective dance with death in the ego-fueled halls of ballet.

Bad boy of ballet, Valentin “Val” Aalto stands poised on the verge of huge success -- except for one big obstacle. Influential lead dancer Harry Hardesty hates Val and cheats him out of the lead in Romeo and Juliet. When Hardesty winds up dead, Val looks like a prime suspect – and gets thrown under the detailed and methodical inspection of the handsome NY detective with the stick up his butt, Andrew Preston. At first, Preston believes Hardesty may be the victim of the chilling Dancer Killer who’s struck three victims, but evidence stacks up against Val. Still, Andrew can’t seem to keep his hands off his suspect and when the Dancer Killer starts stalking Val, Andrew is forced to choose between his dedication to a job he loves – and his growing passion for his beautiful dancer. Together Val and Andrew discover that chaos can be beautiful, one should choose desserts wisely, and love can even trump death in the rehearsal halls of ballet.

Is that light? Val opened an eye and frowned at the sliver of brightness seeping around his closed blinds. What the fuck time is it? Am I late for rehearsal? Jesus, he never slept like this. A lifetime of living with different relatives and in ballet school with all kinds of people had turned him into a light sleeper.
Wait. No weight on his back. No soft breathing. He’d heard breath earlier—hadn’t he? He sat up, the covers falling to his hips.
Across the room, Andrew was pulling on his sport coat as he watched his foot slide on a loafer, sockless.
“Leaving without saying goodbye?”
“Oh, uh, not necessarily, but you were sleeping quite soundly.”
“Yeah, well, I was fucked into another dimension.” He rubbed a hand over his neck.
Andrew’s cheeks turned pink.
So, hello to the bumbling detective.
“Oddly, I slept like the dead. I usually wake up at the sound of a leaf. I can’t imagine what got into me.”
Val grinned. “I can. What time is it?”
“Six.”
“In the morning?”
“Uh yes.”
“Holy shit! Don’t I remember something about a day off for you?”
“No, that was a night off. Night’s over.”
Val raised his legs and hugged his knees, the sheet covering them. “So, apparently, is your liaison with my ass.”
“I have to get to work.”
Val flipped the sheet off his lap to reveal a very upright example of morning erection. “That’s exactly what I was thinking.” He bared his teeth in his snarkiest grin.
“An impressive invitation.” That produced a small smile.
“A national characteristic. Us Finns are well endowed. It’s scientific fact.” Val eyed the proper law enforcement officer in front of him. “What’s your excuse?”
Another blush. “Well, my father was known as a horse’s ass. Maybe I got the cock?”
Val fell back against his pillow and laughed. Andrew amazed him. Funny, dry, witty—weird. “So, question.” He flipped on his side.
“Okay.”
“In the throes last night, you on several occasions mentioned ‘the next time’. Is there going to be one?”
“I, uh, hope so.”
“Me too.”
Andrew smiled shyly and walked toward the door.
“Andrew?”
“Yes?”
“Who is that guy who fucked my brains out last night?”
Wrinkles played across his forehead. “I’m not altogether sure.”
The door opened. Gone.

Death Dancer is the second book in the Dangerous Dancers series by Tara Lain. This could be read as a standalone but I enjoyed the first book and highly recommend reading the books in order.

We briefly met Val in the previous book in this series when he was in he corp de ballet while Trelain was dancing as Principal. Val is now a rising star but being held back by a narcissistic principal dancer who's jealous of him. Harold uses his limited power to stop Val from getting roles that are perfect for him. Armed with his wealthy 'sponsors' Harold uses that clout to be as obnoxious as possible to everyone at NYBT. Val is quite the opposite, he is well liked by almost everyone from the choreographers down to the newest member of the corps.

Andrew is investigating a series of deaths involving male dancers and ends up a NYBT when one of the corps dancers is murdered. He is immediately drawn to Val but tries to keep his professionalism as he's working a case. They end up going to dinner so Andrew and get some insight from Val and then end up having sex at Val's apartment. Things go south from there as there is another murder that points at Val as being the prime suspect. Unfortunately both men have issues staying away from the other due to their very intense attraction.

This series may be written by Tara Lain but it feels different than her other series. The Dangerous Dancers series is more romantic suspense than just contemporary romance or her paranormal series. It's a darker and grittier series and the characters are still the pretty boys but they're also different from her normal characters.

Death Dancer is a well paced, action driven story with multifaceted characters. There are some darker elements to this story due to the murders, which are described to some extent. Also, Andrew and Val have faced issues going back to childhood that give both a cynical edge. I thoroughly enjoyed this story, in fact I liked it more than the first book. Don't get me wrong I loved Trelain, Mac, and Daniel, but Death Dancer has more suspense elements along with some very steamy hot sex scenes between Andrew and Val.

This, and Golden Dancer are ones you should pick up and enjoy and put on your re-read list to catch the little things you may have missed the first time you read through them. I highly recommend this story both as an excellent Tara Lain book but as a good overall romantic suspense book. 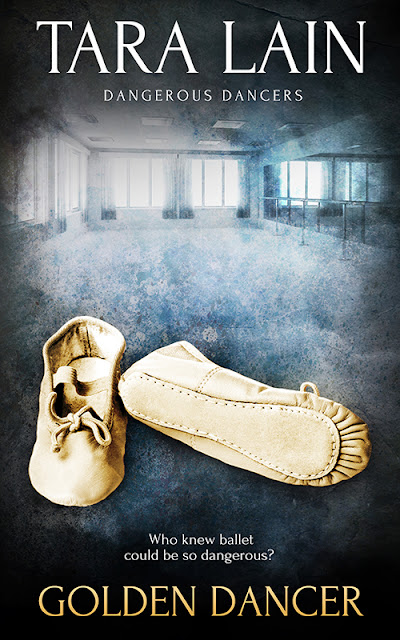