The Hero by Donna Grant - Release Day Blitz with Excerpt 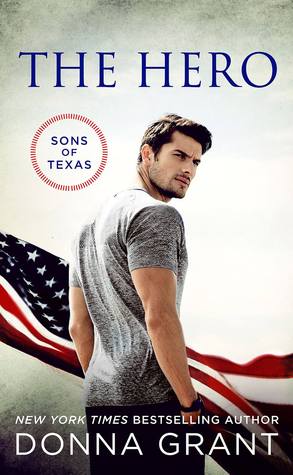 "The Hero" is the first in the series and the second book, "The Protector" releases on January 3, 2017! "The Protector" is now available for pre- order! Read to the very end to learn about the Pre-Order Incentive for THE PROTECTOR!

The Hero
(Sons of Texas Series, Bk #1)
by Donna Grant

Owen Loughman is a highly-decorated Navy SEAL who has a thirst for action. But there’s one thing he hasn’t been able to forget – his high school sweetheart, Natalie. After over a decade away, Owen is returned home to the ranch in Texas for a dangerous new mission that puts him face-to-face with Natalie and an outside menace that threatens everything he holds dear. He’ll risk it all to keep Natalie safe – and win her heart. . . .

Natalie Dixon has had a lifetime of heartache since Owen was deployed. Fourteen years and one bad marriage later, she finds herself mixed up with the Loughman’s again. With her life on the line against an enemy she can’t fight alone, it’s Owen’s strong shoulders, smoldering eyes, and sensuous smile that she turns to. When danger closes in, she holds close to the only man she’s ever loved…

The days of Natalie going back to her house to have a glass of wine and watch episodes of Criminal Minds or Doctor Who were long gone. Ever since the day she saw Ragnarok in that report and called the number Orrin had given her, her life had changed.

That’s when she and Callie had begun talking several times a day.

The sound of another chopper flying low overhead caused her to glance up. It looked like another military helicopter, which immediately made her think of Owen. Again.

She sighed. After all the wasted years, she thought he’d be gone from her thoughts. It seemed she was forever wrong when it came to him.

“There’s another one. I’m betting it’s them,” Callie said.

“Think there’s any way I can look around without them knowing?”

“You mean without Owen knowing? Doubt it.”

She knew Callie was right, but that didn’t mean Natalie had to like it.

Because she worked for the Russian Embassy, and she wasn’t sure if they listened to her conversations, she and Callie never spoke of her work. The fact that Callie brought it up meant there was a reason.

“Busy. I had a hard time getting away.”

Of that, she was clearly aware. “How long do you think we have?”

“I don’t know. Everything hinges on finding it.”

How different her life would be if Orrin hadn’t contacted her in July. She wouldn’t be embroiled in kidnapping, espionage, and murder.

And yet . . . it felt as if this were the exact place she needed to be.

Then again, that could be her heart trying to convince her this all led back to Owen. As far as she was concerned, men were pigs. She’d had enough of the lies, the cheating, and the bullshit that always went with dating.

She was happy living the single life, not having to clean up after anyone, share her closet, compromise on where to eat or if she got to watch her favorite shows. There was no one taking her covers, snoring, or—

“About all of it. The shit is about to hit the fan as soon as the boys learn what’s going on.”

Callie snorted loudly. “Then let it. Where have they been these last ten years? Have they even bothered to send a fucking text? No. They have no idea how badly that hurt Orrin.”

“I doubt they think about it.” She should know. In the year she’d been with Owen, there were two things never discussed—his mother’s murder, and his feelings about his dad.

“Which just pisses me off,” Callie said tightly. “If I had a dad like Orrin, I’d never be far.”

“I know.” Callie was another who didn’t discuss her family. And with a family as infamous around Hillsboro as the Reeds, it was no wonder.

The Reeds were drunks and criminals of the worst sort. It had been Orrin who helped Callie escape all of that. And why she thought of Orrin as a father.

“We have to find him,” Callie said.

Natalie slowed the car and put on her blinker as she prepared to pull onto the Loughman Ranch. “We will, Callie. We will.”

“Even if we have to do it on our own. If the jackasses Orrin calls sons won’t help, then I’ll make sure they’re not around to interfere.”

That made Natalie smile. If anyone could do that, it was Callie. What she lacked in height, Callie made up for in intelligence and talking rings around people. Few could keep up with her.

“I just turned into the ranch.” She felt a flutter in her stomach.

Excitement or dread? She wasn’t sure she knew. 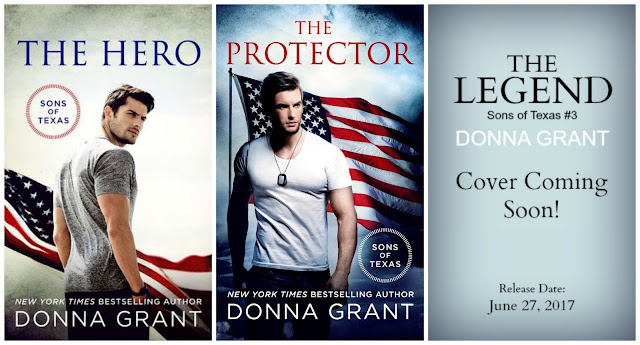 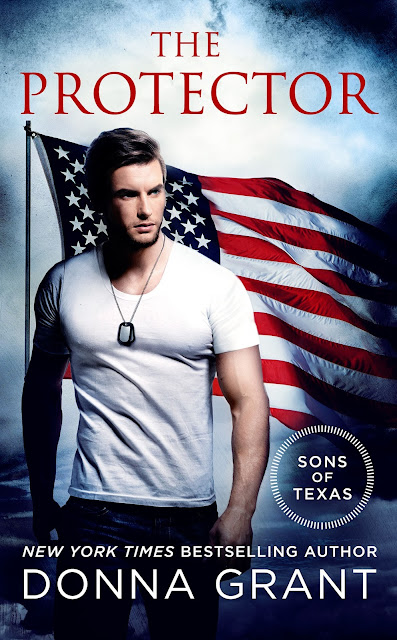 Visit Donna's website to learn more about the series and read sneak peeks!

Pre-order form to THE PROTECTOR: http://bit.ly/TheProtectorPO

But to be entered, you MUST FILL OUT THE FORM. All pre-orders are acceptable as long as you have an order number from the retailer you purchased from. 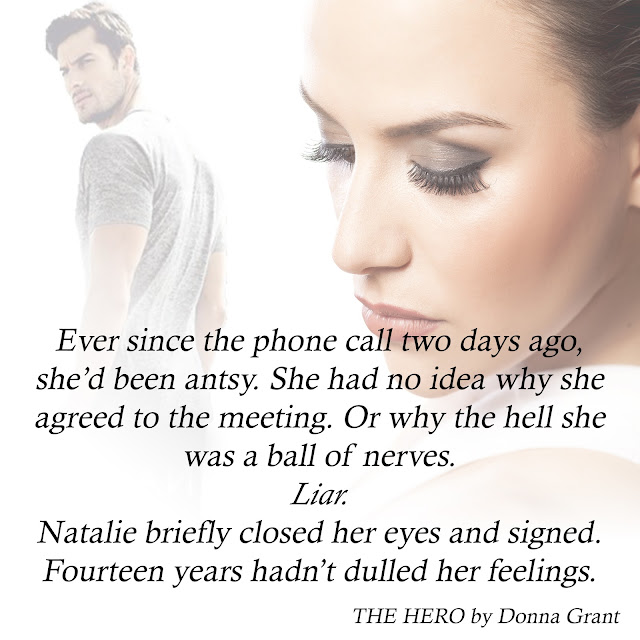