Flynn’s new boss is so hot he can’t wait to get home to tell the chatroom how much he wants Dom’s cock down his throat. By Friday, he’s shared quite a few thoughts on what he’d like his boss to do to him. But he’s not as anonymous as he thinks, and Dom’s intent on disciplining him for breaching company policy on social networking. Dom gives him a choice of put up or shut up: he can play out the fantasy in real life, or he can walk out of the office without a word to HR as long as he never talks that way about Dom again. Flynn chooses “put up”—but he’s forgotten about one of the things he said he wouldn’t mind doing.

The new manager was really something: tall, dark, and handsome, with a superb arse that looked great in a suit. Flynn wouldn’t mind seeing what it looked like out of the suit. Unfortunately the suit was respectably cut at the front, making it impossible to tell without staring whether the guy dressed to the left or the right, let alone how big his cock was.

Not the sort of thing one ought to be thinking about while listening to the big boss introduce the new manager. He barely caught the guy’s name—Dominic.

“Pleasure to meet you all,” Dominic said. “I look forward to getting to know you better over the next few weeks.”

Flynn looked forward to it as well. He particularly looked forward to getting to know him better in the gents, at least well enough to idly glance down and check out the cock. A pity he wasn’t likely to get to know Dominic in the gents any better than that, not in real life; but it was his own business what he did in the privacy of his own head.

And in the privacy of his favourite board online that evening. No wallet names, no ID. Not even your location listed unless you wanted it out there in the hope of hooking up with someone for a night’s fuck. A safe place to talk about just how much he fancied the new boss.

[New boss arrived today. Absolutely bloody gorgeous, if you like older men. Wouldn’t mind having him discipline me for poor performance.]

[Better if he disciplines you for good performance] an anon said.

[Oh, I think I could perform well for him.]

Flynn could think of a number of ways he could perform, starting with:

[Down on my knees with my mouth open.] 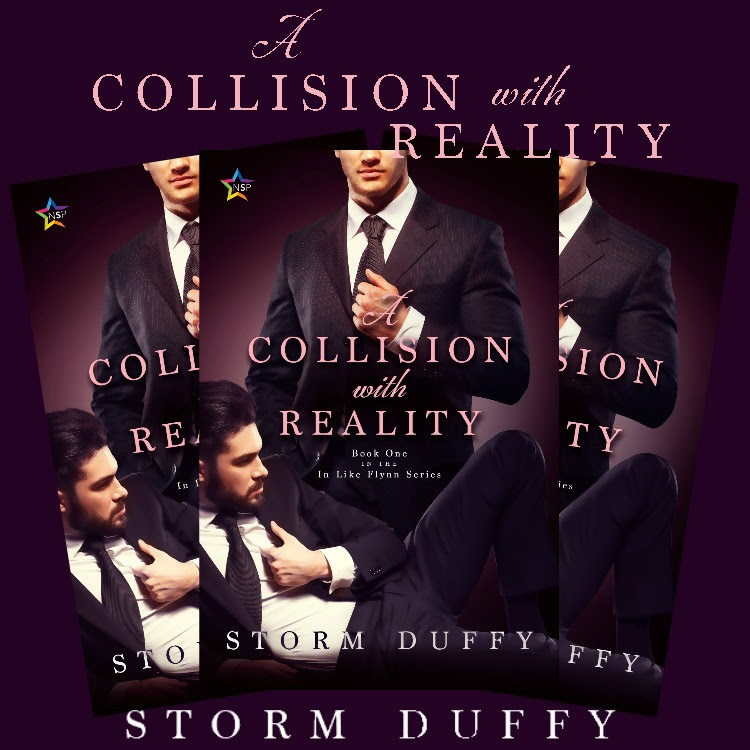 Storm Duffy has a number of erotica shorts published under that and other names in a variety of venues, including “The Mammoth Book of Quick and Dirty Erotica”. As Jules Jones, she has written several erotic romance novellas and novels, including the first M/M romance published by Loose Id. Amongst the 2500 or so books on shelves in her house, there is room for rather a lot of cross-stitch thread and entirely too many balls of wool. There are also more bits of computer kit than is quite reasonable for someone who doesn't do that for a living. The two microscopes, on the other hand, are entirely in keeping with a career in science.