Max, Brad, and Maisie is a gay mystery series by author L.G. Fabbo-Gonnela. Read on to discover the three books in the series and find out more about the author! There’s also a giveaway and you are all encouraged to enter! 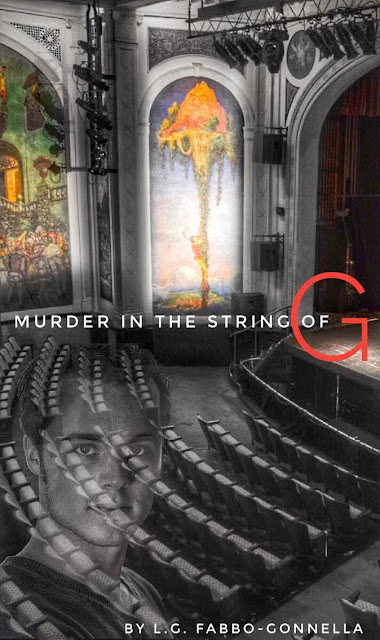 Murder In The String of G

Maisie was an irrepressible burlesque queen of the fifties who was a star in the Cassandra Theater. She was killed in what was initially ruled to be an accidental trip and fall down a spiral staircase. In fact, she knows it was a murder but, why was she killed and why the later cover-up? Unfortunately, however, what can a ghost to do about it? Andso, her shade haunts the theater hoping to find someone to help her.

It turns out to be a long wait. In two thousand and six two young wanta-be actors arrive at the newly restored Cassandra Theater to audition for a play. One is Max, who is gay, and the other is his roommate Brad, who is straight. For reasons unknown at first, Maisie finds she can connect with them both and seeks their help in proving she was murdered and who did it. After initial hesitations, the boys agree to help her solve her killing. The book follows the pair as they stumble towards finding answers while dodging a hired gun, a serial killer of young men and, for Brad, Maisie’s tendency to “fondle his rump” at inopportune times.

Murder in the Squared Circle 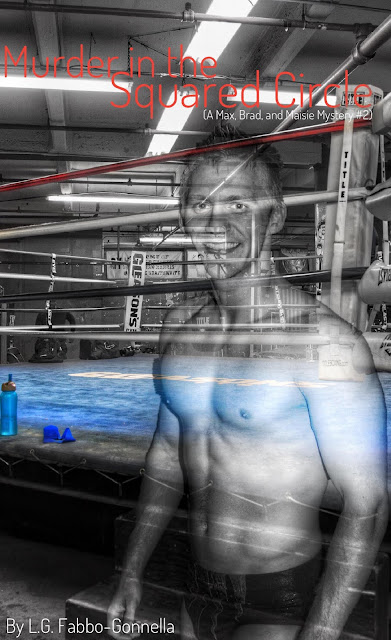 Maisie’s favorite young pro-wrestler, Stan DaMann, is arrested for allegedly murdering his hated rival. Maisie is convinced of Stan’s innocence. Determined to find the real killer she convinces the hapless Max and Brad into posing as a new wrestling tag team. Out of their depth, they find themselves involved a murky world of underground sex bouts while facing off against two brothers who think vice may be nice but incest is best. As Max and Brad’s wrestling début approaches our trio is eager to find the killer before the killer finds them. Max has another problem in the form of a good-looking Australian wrestler named Liam. Could Max be falling for a guy who might turn out to be that killer? 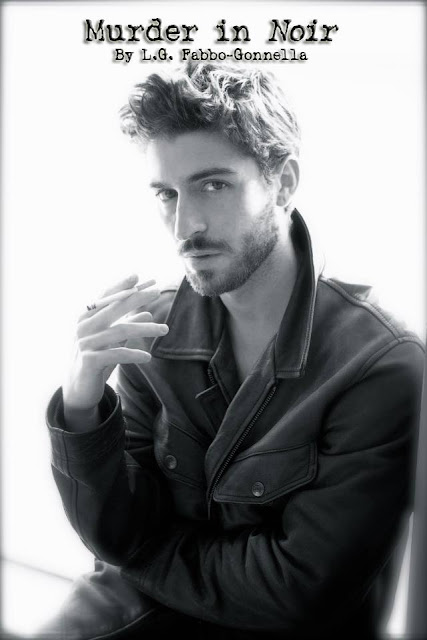 It seems as if Max and Brad’s dreams of a career in acting have finally arrived. The duo have been cast in the Broadway revival of that forties noir classic “Blood Fell onto my Window Pane”. Even more exciting, the production has movie stars Barrett Conover and his Italian wife Europa making their Broadway début. Max has had a huge crush on the husband ever since he saw the actor in the classic gay film “Going Tops for a Bottom”. As for Brad, he has been a fan of Europa ever since he saw her in the French classic comedy “Buxom Babes for Balzac.”

The play also has a rather lurid past. During its first run in 1948, two members of the company were victims in an unsolved murder. Maisie soon convinces the boys it would be fun to try and solve the decades old crime. What starts as a lark however, suddenly takes a unexpected turn as evidence of a blackmail scheme is revealed. Events soon turn deadly when the trio seeks to uncover who is being blackmailed and, critically, who is behind it. Hidden scandals, an attempted rape and murders both old and new are now part of the script for a, “Murder in Noir”

Murder in the Squared Circle

“This is insane. She told us to dress like lawyers for only one conceivable reason and it’s crazy for us to go along with her on it,” Max angrily said to Brad as they stood in front of the police station. In New York City the police stations were built in various architectural styles and sizes. Some had a certain charm and looked like a small medieval castle. Quite a few appeared as if they were designed for the set of some forties noir version of a station house. The Midtown Precinct South on West 35th street merely looked like an office building. It was a nondescript large boxlike structure that was composed of brown concrete. It had a three-story façade of windows that were framed in an even more uninteresting pattern of dark grey brick. “If she asks us to pose at his lawyers, we are going to get caught,” Max moaned as Brad reached into his pocket and pulled out a pair of glasses. “Why the hell do you have glasses?”

“For effect man, in case she does want us to pretend to be lawyers,” Brad calmly stated. “I mean we got the suits, we need the right hair look. I took the trouble to slick my hair back so at least I looked like a hotshot lawyer. The glasses are my final touch,” he grinned as he slipped them on. “You always have to visualize you are the role. In my acting class we were told clothes or props can help us see our role and really inhabit our character.”

“WE ARE NOT ACTING!” Max shouted before realizing where they were standing. He lowered his voice. “This is not an audition we are going too. We could go to jail if we go on with this charade!” Inwardly he was still kicking himself for once more letting Brad drag him into helping with another of Maisie’s request for their assistance. The last time, they had confronted hit men and a homicidal maniac. He felt this one could turn out to be just as bad.

L.G.Fabbo-Gonnella is a resident of NYC. He has often said Manhattan is the underlying unspoken character in many of his books. "I guess its a love affair that I have with her," he once said. "I could live here forever and yet still find magical things about her that I never knew existed.

When not seeking out interesting new locales for his books he can be found dinning with friends and enjoying all the city he adores has to offer.

Though he has not yet met the supernatural denizens of NYC, he does hope too one day. And yes, there is a "letter Lounge" albeit under a different name.

He can be reached at L.G.Fabbo.Gonnella@gmail.co