Mark Noland can’t figure out how he got into such a fix. How does an ex-mercenary (okay, an almost-reformed mercenary) get himself caught, stuck in a holding cell, on a hostile alien planet? Held captive by strange bug-like creatures who’d just as soon eat him as look at him. How can a simple mission go so awry? To make matters worse, Noland’s not alone. His fellow prisoner, a certain high-ranking, elite Stella officer holds him responsible for their failed plan. Yeah, it was supposed to be a quick in and quick out sort of mission. But no… Officer Gavnson just can’t let it go.

It’s not so easy trying to plan an escape when Noland keeps getting distracted by how his mission partner so very nicely fills out his uniform. And he suspects Gavnson is hiding something, too. As tensions run high, secrets are revealed that will change the both of them. There’s nothing like gunfights and running for your life to make that special bond.

I  sat against a wall, watching as my companion paced the length of the cell. Groaning, I leaned my head against the concrete, bored now that we had been caught and taken out of the main action.

At least I had an excellent view to keep me occupied. I could finally appreciate what everyone liked about a man in uniform. My cellmate’s pants were very complimentary to certain areas of his anatomy. With his hands clasped at his lower back as he paced the room, I had the pleasure of an alternating view of his broad back and the strong frame of his chest.

The stern look almost marred his handsome face as he stared at the locked door, set into a row of bars. But his strong jaw, highlighted by a twitching muscle, somehow added to his appeal. Men usually didn’t interest me as much, but having a galaxy of choice opened one’s view of preferences, and to be honest, I had admired worse.

I wondered what his thoughts on a tall, broad-chested, human man were. Would there be any interest on his part, or did he only prefer his own kind? Maybe he had someone back home. A slim-waisted Resconian woman who cooked him warm dinners. Would that be more to his taste? Then again, maybe being an elite Everian-ranked officer in the Stella Corps galactic military didn’t leave much time for romance. I pushed the thoughts away before I could get too involved in them.

“So, Gavnson. Found our way out of here yet?” I asked, watching him make another pass in front of me as he headed for the left side of the jail cell. He ignored that question, like he’d ignored all the others I’d asked.

Our part of the mission had been a distraction tactic that hadn’t worked as well as I had hoped. In any case, it should have given enough time for the rest of our team to break into the other side of the compound where the data center was located so we could take back the information the Awoknains had stolen. Lists of undercover agents and stealth plans weren’t something you wanted up for grabs among enemies. I knew it would be a matter of time until Ken, my master mechanic and sometimes arsonist, broke us out. Though it seemed Gavnson wasn’t content to be patient.

He reached for one of the hinges at the top of the door. Bolting forward, I wrapped my arms around his waist and pulled Gavnson back before he could touch the knot of metal. We slipped off balance, and I tried to take a step back to regain my footing, but it was useless; we tumbled to the floor in a heap. The wind was knocked out of me, and I gasped for air. Gavnson was heavier than he looked.

“What the hell do you think you’re doing, Noland?” Gavnson yelled. He rolled off me effortlessly and sat up, directing a harsh look at me.

“Saving your ass. Don’t touch those; they’re electrified. Not enough to kill you, but it’s a hell of a shock that’ll give you nasty burns,” I said, wheezing as I sat up. I didn’t miss his flinch, though he tried to hide it. I was instantly curious, but ignored the itch to question. Starting a fight with Gavnson wouldn’t help us break out.

He was silent after his near miss with the electrified hinge. I was glad he was finally sitting still. The constant nervous motion wore on my nerves. No matter how fine an ass he had.

The silence that followed made my skin crawl; it was the quiet before the storm hit. I was tempted to ask Gavnson any random question, but if the tension in his body was anything to go by, he obviously wasn’t much in the mood for conversation.

I stared at the far wall through the bars on the door, hoping Ken would hurry his blue ass up and break us out so we could be done with the job. He had been part of the retrieval team. Footsteps echoed down the hall, headed in our direction, but I didn’t recognize them. There were more corpsmen as part of Gavnson’s team; hopefully, that would be some of them. Luck was not on our side, though. Our insect-like captors now stood in front of our cell, their green skin and horns gleaming.

“You. Up now. Come.” The raspy demands issued from mouths that didn’t move. That would never not be creepy. I didn’t have time to think on that, though; the guards motioned at Gavnson to get up.

“No, you can’t,” I said. I grabbed Gavnson’s shoulder to stop him from moving.
“Why?” The attention of the two guards flicked to me. A simple question with complex implications. Think fast, Noland. 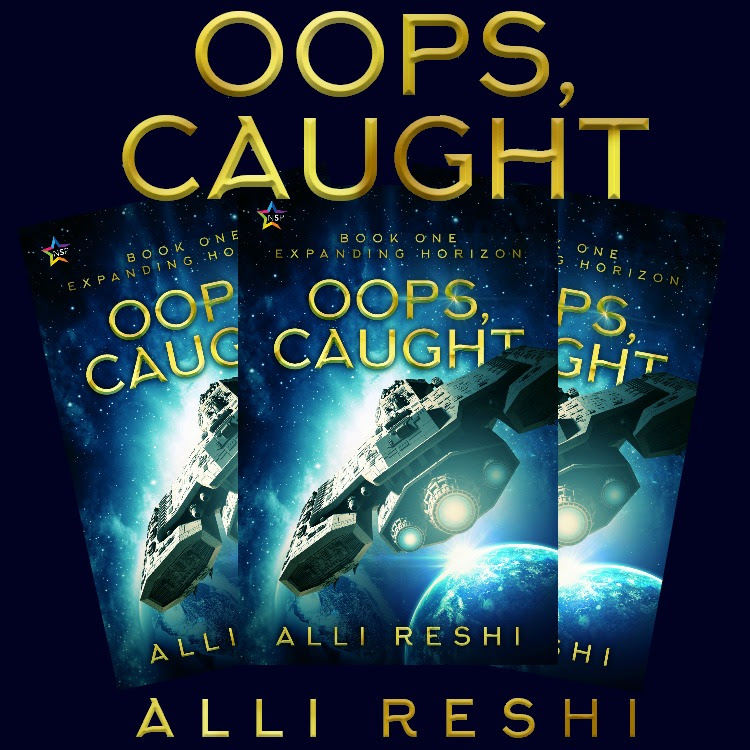 Alli has always had a love for just about any story she can get her hands on. Be it from books, TV, or even video games—if there’s a good story, she will love it. Given that, it’s easy to see how Alli moved on to making stories of her own. Raised in a small Colorado town, Alli also has a love of the outdoors and enjoys hiking. Nowadays she lives in a bigger city and fits in fine there too, liking how close and comfy everything is. Often at home with her two cats, Alli is never far from her computer, whether for work or for play. She believes the truth is a multifaceted thing and always works to write the world, and subsequently the truth of the world, as she sees it.