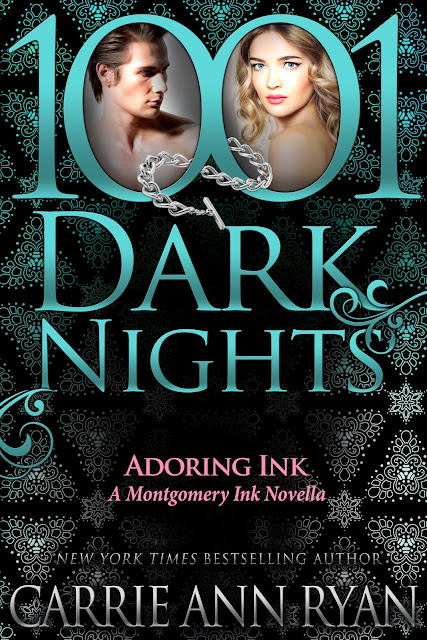 The Montgomery Ink series continues with the most unlikely of romances between the one that got away and the man who can show her the world.

Holly Rose fell in love with a Montgomery, but left him when he couldn’t love her back. She might have been the one to break the ties and ensure her ex’s happy ending, but now Holly’s afraid she’s missed out on more than a chance at forever. Though she’s always been the dependable good girl, she’s ready to take a leap of faith and embark on the journey of a lifetime.

Brody Deacon loves ink, women, fast cars, and living life like there’s no tomorrow. The thing is, he doesn’t know if he has a tomorrow at all. When he sees Holly, he’s not only intrigued, he also hears the warnings of danger in his head. She’s too sweet, too innocent, and way too special for him. But when Holly asks him to help her grab the bull by the horns, he can’t help but go all in.

As they explore Holly’s bucket list and their own desires, Brody will have to make sure he doesn’t fall too hard and too fast. Sometimes, people think happily ever afters don’t happen for everyone, and Brody will have to face his demons and tell Holly the truth of what it means to truly live life to the fullest…even when they’re both running out of time.

Get your hands on ADORING INK now:

(ADORING INK is available initially as a 90-day exclusive Kindle release per 1001, after which it will be available across all vendors. Don’t have a Kindle and want this in your hot little hands NOW? Don’t worry! You can get a free Kindle app for practically any gadget, phones, computers, tablets. https://www.amazon.com/kindle-dbs/fd/kcp) 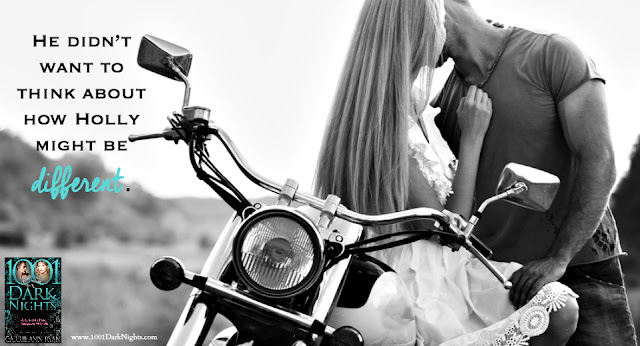 Adoring Ink is a novella in the Montgomery Ink series. This is a series that is best read in order as the characters are very tied together from book to book.

We previously met Holly in Ink Enduring when she was dating Jake Gallagher. While neither were really in love with the other they did eventually become friends through Maya Montgomery, Jake's wife. We previously met Brody in Alex's book, Ink Exposed. He's also a semi regular at Montgomery Ink both helping out and getting ink. While neither Holly or Brody are part of the Montgomery family they have been pulled into the clan as part of their inner circle.

Truly this story is about meeting the right person at the right time of your life. Holly feels stuck in her life. While she likes who she is, she feels like there is more to life then work, home, and sleeping. Enter Brody, totally by accident, to shake up Holly's life and show her she can break out of the normalcy she's needed and live life to the fullest. What neither Holly or Brody intended is that the adventure they embarked on would end up with them in a relationship.

While this is a novella in the series, it still packs in a full story that didn't leave me wanting once I'd reached the end. However that's partly because you do get  to know the characters in previous books.  You do, however, learn their backstories in Adoring Ink and that adds to the building romance between them.

Overall this was a solid entry in the Montgomery series and enough of a story that you still enjoyed what was built between Brody and Holly. While she's a bit too Mary Sue for me at first, I loved that Holly really 'blossomed' into a more complete version of herself.

I definitely recommend this for fans of the series to dive into, it's worth it! If you haven't read this series yet... you definitely need to!