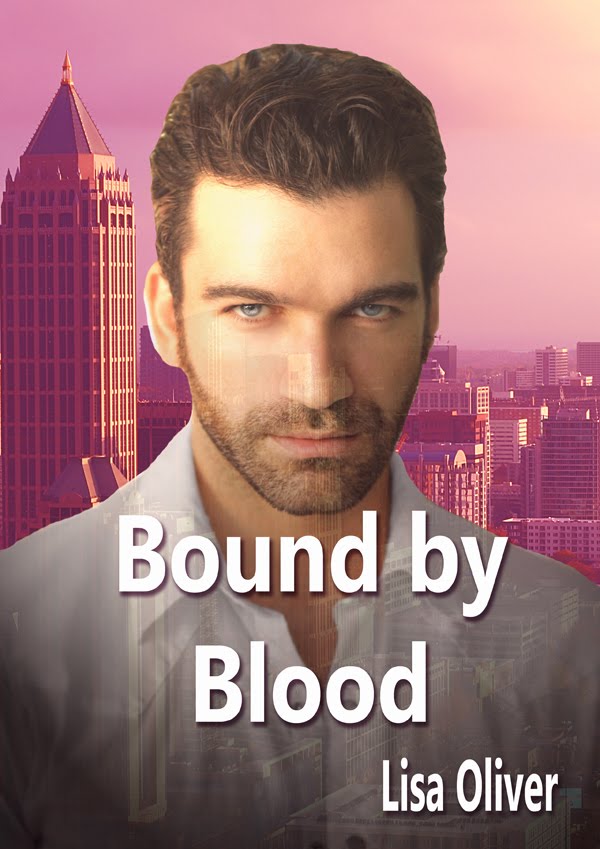 Series Title: Spin off from the Cloverleah Series but is considered a standalone

Warnings: some violence including a scene of a man looking as though he was trying to hang himself, but as he's a vampire, he would never die of it.

Maximillian "Max" Lipovsky has been Regent of the Atlanta coven for the past six months. His days are full of meetings and paperwork as he does his best to straighten out the mess left during the disastrous reign of Vadim's brother Ermine. With Vadim now happily living in Cloverleah with his mate Josh, it's up to Max to keep his friend's coven happy and safe. Easier said than done. When it is pointed out to him it'd been more than six months since he'd fed from a willing donor, Max decides a night out is exactly what's needed.

Lyle Roberts is tired of being scared, tiny, and alone. But mostly he's tired. When a tall, strong man with flashing red eyes stops him getting beaten up in an alley, he thought he might have found a momentary reprieve from his rotten life. Finding out the man was a vampire, something he'd only seen in movies, Lyle decides to take a chance and asks the man to remove his curse. Only, it turns out Lyle isn't cursed after all - unless you consider having a workaholic mate as a curse.

Lyle's arrival at the coven seems to have brought out the worst in people. As soon as one threat's dealt with, another one rears its ugly head. With the Alpha of the Atlanta pack pushing for a meeting, and vampires turning rogue within the coven itself, Max has his hands full. The only problem is, with his hands full, he doesn't have anything to hold his beloved with. Will Max and Lyle ever find their HEA or will the mating curse strike its cruelest blow of all?

Bound by Blood is a complete standalone spin off story from the Cloverleah pack. Regular Lisa Oliver readers will remember Max from Watching Out for Fangs (The Cloverleah series #7) but it's not necessary to have read that book, to understand this one. Intimate situations and some violence means this book is suitable for adults only.

Lyle shivered in his fur, huddled behind an overflowing dumpster, praying no one would see him. Not that anyone would care if they did. He was a complete anomaly, not that it showed on his outward form. All passers-by would see if they looked in his direction was a pure white house cat. Well, usually white. Since arriving in the city two weeks before, Lyle had fended off dogs, rats and other cats, not to mention the odd boot from a human. Now his fur was matted with mud, blood and filth from the city streets. He let out a miserable meow. My life sucks.
It wouldn’t have been so bad if he’d had clothes on when he’d been kicked out of home. But no, his step-father insisted he’d paid for them, so they belonged to him too. For over a month now, Lyle had stayed in his shifted form, unable to work up the courage to steal clothes from any washing line he passed. I’m not a thief. I might be a pervert and an abomination, but I will not steal. Which was why he was huddled by a dumpster behind a restaurant hoping a few scraps might come his way.
He was tired, so tired. From the moment he’d shifted, Lyle hadn’t had a decent sleep. Every time he closed his eyes for longer than five minutes, his body shifted back to human, leaving him naked and vulnerable. At least it used to, now Lyle wasn’t so sure. His human perceptions were starting to fade, his life before being thrown out of home becoming distant memories. While a part of him was so tempted to jump off the mental abyss and embrace his cat life completely, a small part of him – the human part – hung on.
An evil hiss sounded behind him and Lyle turned, the fur on the back of his neck rising. A big black tom cat was showing his teeth. Great. I’ve wandered into another cat’s territory. I can’t get a fucking break. Laying his ears back Lyle hissed in return. There was a wonderful smell coming from the restaurant and Lyle wasn’t leaving his post until he’d tasted whatever it was. If that meant fighting, then he’d fight.
***
“It’s true, I tell you,” Max laughed as he and Dominic left the restaurant. Feeling more relaxed than he had for ages, Max was looking forward to busting out some moves on the nearest dancefloor. “Tobias told me the next day, just after Vadim got married. His friend had bitten him, claimed him, and then ran off to make a phone call to some other guy. What else was Tobias meant to think?”
“And he ended up with both of them. Lucky bastard.” Dominic stilled. “Did you hear that?”
Max tilted his head. “Sounds like a couple of cats fighting in the alley.” He sniffed the air discretely and his eyes widened. “It’s nasty. There’s blood in the air.” Turning, he walked into the dark alley, his eyes flashing red as he scanned for life forms.
“Max, what are you doing? It’s just a couple of cats, for crying out loud.”
“Not just any cats, Dom. Go and get the car.” Max followed the faint hint of blood in the air, drawn to it, mesmerized. He lost it for one minute, as the smell coming from the dumpster flooded his senses, but he kept going. There, in the darkness, were two cats. One black, one who looked as though he used to have white fur, but now that white was matted with blood and what looked like dust and grease. The skinny white cat was holding his own, but the black tom was bigger, meaner, and wasn’t backing down.
Max kicked a stone across the concrete and both cats froze, looking at him. Trusting his instincts, Max crouched down and held out his hand. “Here, kitty, kitty. Nice white kitty. Come on, come here where you’ll be safe with me.”
“What are you doing?” Dominic’s voice sounded behind him and in the distraction the black cat lashed out a paw, swiping the white one across the face. The pained meow tugged at Max’s heart as fresh blood welled up from the scratch. As soon as the tantalizing scent hit the air, Max knew. His long search was over.
“Fate works in mysterious ways, my friend,” Max said keeping his voice low. “Unless my nose is having a major malfunction, that little white beauty is my beloved.”
“Holy fucking shit.”
***
Lyle’s whole body was trembling, and it wasn’t all from fear. The mysterious voice, the stunning man, appearing in the shadows as though sent by the angels themselves. That wonderful smell, the one that lured Lyle to the alley in the first place was coming from the man. But he wasn’t an ordinary man. Lyle hadn’t missed his red eyes glowing in the darkness.
Then that damn tom scratched across his face and with the blood dripping across his eye, Lyle could barely see. He was torn, wanting to get closer to the kind man with the deep voice, but not wanting the tom to get to the man first. Must protect. Must protect. Nothing but pure instinct existed. Turning in a flash of fury, Lyle bared his teeth and unsheathed his claws. Within seconds, he and the tom were rolling around on the concrete in a clash of fur.
***
“I can’t believe it,” Dominic’s voice was awed. “Did you see that? He thinks he’s protecting you from a tom cat. Why doesn’t he just shift?”
“I’m not sure.” Nothing about the white cat’s behavior seemed normal to Max. But then, he didn’t know a lot about shifters, period. “Maybe because he’d be naked if he did?”

Lisa is giving away a $25 Amazon gift card with this tour – enter via Rafflecopter for a chance to win:

Lisa is giving away a $20 Amazon gift card with this tour – enter via Rafflecopter.

Hi Chris, thank you so much for hosting me on your blog today. I am really excited to share a teaser from my recent release, Bound by Blood, a standalone spin off from the Cloverleah Pack series. I do hope you and your readers enjoy it.

“Think back,” Max urged gently, getting up from his chair and kneeling in front of his beloved. “Think about how your mother smelled. Is there any chance she could have been a shifter too and was too scared to tell anyone?”

“I don’t think so.” Lyle looked up and gave a weak smile. “She knew the hell I was going through and my momma would have done anything she could to stop me from being hurt. For as long as I could remember, it was just me and my mom. She met my step-daddy when I was about eight and told me it was time I had a real daddy. She was so happy about it. Life changed, but it wasn’t that bad until I told my momma about being a cat.”

“Did she seem angry or surprised when you told her?”

Lyle frowned. “No, she just accepted it like anything else I told her. She knelt on the floor, right then and there, and started praying about it. She told me I wasn’t to tell anyone, and that God would make it all right.”

The poor woman must have guessed. Maybe she did know my beloved’s father was a shifter, but when the baby was born human, thought he’d escaped the shifting gene. Max didn’t know, and it was clear Lyle didn’t either. Besides, they’d gotten way off track in the conversation. “Am I forgiven, for not being totally open with you?” He asked, running his hands up Lyle’s thighs. “I swear I was only thinking about your comfort and trying to give you more time to adjust to your new life before pushing you any further than I have done.”

“Oh, don’t say things like that,” Max groaned. “We’re having lunch with one of the oldest vampires in existence and she is a true lady. I can’t take you to meet her with a raging hard on.”

“Can’t do much about that now.” This time Lyle’s smile was wide and open. “We haven’t even got a couch in here.”

Reaching into his jacket for his phone, Max brought up his browser. “Let’s order one now. Together, okay, and when we go to lunch I want you to explain some of the ideas you shared with me about the vampires volunteering to the lady who is hosting our meal. I think the Dowager D’Arcy is going to be very impressed with you.”

Lisa Oliver had been writing non-fiction books for years when visions of half dressed, buff men started invading her dreams. Unable to resist the lure of her stories, Lisa decided to switch to fiction books, and now stories about her men clamor to get out from under her fingertips.

When Lisa is not writing, she is usually reading with a cup of tea always at hand. Her grown children and grandchildren sometimes try and pry her away from the computer and have found that the best way to do it, is to promise her chocolate. Lisa will do anything for chocolate.

Lisa loves to hear from her readers and other writers. You can friend her on Facebook (http://www.facebook.com/lisaoliverauthor), catch up on what’s happening at her blog (http://www.supernaturalsmut.com) or email her directly at yoursintuitively@gmail.com. 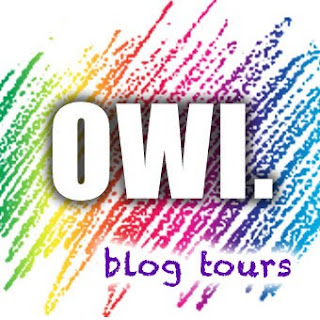