A Fated Bond by T.L. West - Release Blitz with Excerpt and Giveaway 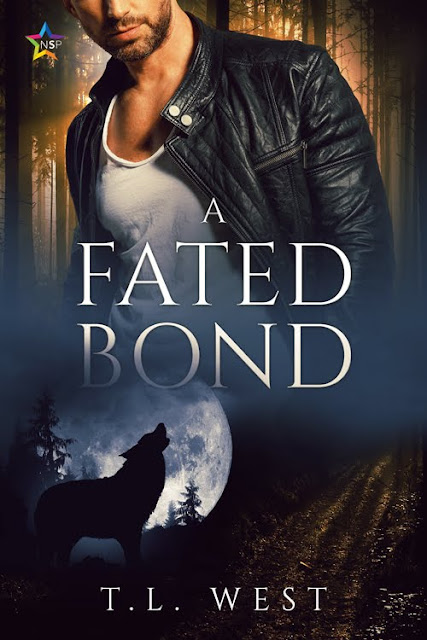 Joseph Roth, a young member of the Rockfort Paranormal Department which is in charge of keeping vampires, shifters, fairies, and all kind of supernatural creatures in check, finds himself facing more than he bargained for when he is assigned to investigate a mysterious murder. Not only is Joseph stuck between his department and a prestigious vampire family, he’s unaware of the target on his back. With the department keeping secrets from him, Joseph decides to uncover the truth on his own, unaware that dark forces are on the rise. Will Joseph be able to find the truth in time or is his search allowing the enemy to come close enough for a kill?

Chapter One
Joseph sighed as he drove his car through the streets of Rockfort. It was nearing midnight and the twenty-five-year-old would’ve been sleeping in his apartment if it hadn’t been for the message he received two hours ago. It wasn’t a long message, just a single line of text telling him about the address he was supposed to be at soon. He knew from experience to arrive some hours after he had received such messages because it allowed the local police to disperse from the scene. Not doing so would’ve been a rookie mistake.

Joseph took in his surroundings. He cruised past buildings on either side of him. The streets were dark and he didn’t see anyone roaming around except for a homeless person or two trying to find a place to sleep for the night.

Joseph parked the car outside the alleyway he was supposed to go into. He looked around one more time. No one in sight, he thought. It was time to get to work. He made sure his gun was in the holster he was wearing under his coat before getting out of the car. Waiting a moment, he concentrated on the sounds around him. He knew he was only human, but it didn’t hurt to be safe and take a second to register one’s surroundings, right? In his line of business, you could never be sure about what was lurking in the darkness ahead.

I guess I’ll have to get on with it, he thought, after making sure no one was watching him. Taking a deep breath, Joseph walked toward the dark alley that had crime scene tape at the entrance. He turned on a small flashlight after taking it out from his coat’s pocket. The beam of light illuminated the alleyway. He noticed some overturned trashcans at a distance. Walking under the crime tape, Joseph took careful steps as he went farther in. As if being watched, his cell phone buzzed the moment he got close to the overturned trashcans.

“Right on time.” He smiled and took out his cell phone. He began reading the e-mail he just received from the department he worked for. The e-mail told him that a murder occurring in the alleyway had been reported about six hours ago. The identity of the man was still unknown and the local police were looking into the matter.

If they were close to finding out who committed the murder, I wouldn’t be here now would I? Joseph rolled his eyes as he continued reading the e-mail. The Rockfort local police was an impressive task force, but some cases fell out of their domain of expertise. The current situation in the alleyway needed a different approach, one that Joseph was trained in taking due to working for the Rockfort Paranormal Department or R.P.D.

Joseph opened the images accompanying the e-mail. The man who was murdered seemed to be in his thirties. The e-mail told Joseph that the cause of death was believed to be excessive blood loss, but the medical examiner hadn’t been able to find any wound or cut responsible. It was as if the man had just dropped dead. One of the residents, living two stories up in the building to Joseph’s right, had alerted the authorities about a man lying on the ground when she looked out her window into the alleyway, calling her cat to come back home.

Joseph put his cell phone back into his pocket after reading the e-mail. Looking at the spot in front of him, the young detective tried to find something important. There were no blood stains on the ground, just plastic markers placed by the police where the victim’s body had lain. Joseph wished he could’ve looked at the body in person, but that wasn’t his job. His job was to investigate crime scenes after the police were done and alert his department in-person if he found something of paranormal interest.

There must be something here, he thought. The department wouldn’t have sent me here if there was nothing for me to find.

The cause of death was listed as excessive blood loss, but as far as he knew there could be a number of things out there that could kill a human that way. Aren’t all such things registered and observed? Joseph asked himself, brushing his black hair away from his eyes. The thought of creatures who could kill in such a way made his heart race.

He was scared? Who wouldn’t be scared if an unregistered being had killed a human? But he was letting his imagination get the better of him. Shaking his head, Joseph tried to focus on his case. Taking out a small glass bottle from his shirt pocket, he flipped open the cap and sprinkled the bottle’s white powder onto the ground.

“Oh no!” Joseph’s eyes opened wide. The ground in front of him shone with a dim green glow. He knew about that glow. He knew something dangerous had entered Rockfort. Quickly pocketing the small bottle, he took out his cell phone to directly call his department. He wasn’t supposed to make direct calls, not with his current rank, but it was an emergency.

“Hello! Sally?” he asked as soon as his call was answered.

“Yes, Mr. Roth,” she said in a bored voice. “What is it? I don’t think you’re authorized to be using this number.”

“Forget about authorization,” Joseph answered quickly. He didn’t take his gaze away from the faint green glow. It was starting to fade away. “Warn the department! We have a vampire case on our hands!” 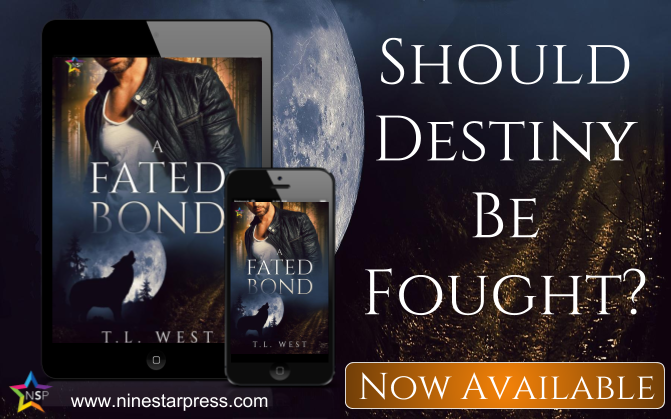 T.L. West is an author of paranormal romance, mystery and fantasy. He enjoys writing characters that grow during the story and feel relatable to readers. His stories are a mix of romance, action, and danger. He’s been writing since high school. He has a degree is Human Genetics. Along with writing stories he also loves staying healthy, drawing, reading and taking the time out to relax. He likes maintaining his privacy. You can find T.L. on Twitter