Dimitri by Kym Grosso - Blog Stop with Review and Giveaway

Dimitri LeBlanc, sexy and charismatic beta of Acadian Wolves, survives a brutal attack after his wolf succumbs to a dark force, threatening his very existence. Waking up, tied to a bed, his amusement transforms into lust as a beautiful stranger heals his beast. Intrigued by his mysterious savior, the tables quickly turn, when in the heat of a dark desert night, he rescues her from a barbaric Alpha. Dimitri is inexplicably drawn to the alluring woman, and the discovery that she’s his mate rouses his hunger to claim her as his own.
Gillian Michel, a New York City photographer, conceals a secret hybrid past and mystical abilities. An entire lifetime, she’s deliberately avoided wolves, but a seductive encounter with an irresistible beta leaves her craving his touch, his lips on hers. Passion ignites her desire, leaving her yearning to submit to the powerful wolf who tests her sexual limits. Deep in the heart of New Orleans, Dimitri and Gillian seek a cure to the parasite maligning his mighty beast. Still on the run from a malevolent force, they lure their enemy into the bayou. Will Gillian sacrifice her gifts to save the man she loves, destroying her own immortality? And will Dimitri eradicate the evil that has invaded his soul while protecting his mate from an adversary who threatens to kill them both?
Warning: This book contains several erotic love scenes and is intended for adult readers only. Dimitri, is the sixth book in the very hot and sexy Immortals of New Orleans series. While each book can mostly stand on their own, I'd really suggest reading them in order because the all of the characters make some kind of appearance in each book. Also the end of the previous book usually sets up the next book in this series.

Dimitri did not disappoint at all, in fact this was the HOTTEST book in the series so far. In the last book, Leopold's story, left Dimitri being attacked on the beach. This story picks up with Gillian, lying on top of Dimitri, in bed after she's healed him. Dimitri's really liking this development, well other then feeling like a freight train has run him over. Gillian is trying to get up and away from the situation as fast as she can because she doesn't want to endanger Dimitri anymore.

These two get off to a wild start, partly because Gillian is not the type to give in easily to anyone. Also, because she has major secrets that she needs to keep hidden for her own safety. Those secrets ultimately get her in dangerous trouble with another alpha wolf, until Dimitri and Jake rush in to help her.

The relationship that develops between Gillian and Dimitri is probably one of my favorite so far in the whole series. Between her being so strong willed, and Dimitri so alpha, even though he's a beta, it just sets fire to the pages of this story. I liked the addition of the friendship that develops between Gillian and Jake, and also with her brother, Jax.

From the first book in this series to the current one, the storytelling and characters keep get better and better. I'm an old school reader when it comes to paranormal books, they have to have great characters, a solid storyline, and lots of world building. Without all those features, for me, the stories don't progress. Kym Grosso does not have that issue with this series. The Immortals of New Orleans fits all those pieces for me and adds in romance and hot sexy interaction with the couples in each story.

The author succeeded in teasing us again at the end of this book by setting up the next story in the series. Next up is Jax's story and something tells me this one is going to kill us in the best way possible. I can't recommend this series enough to everyone that loves shifters, and vampires in a truly well written, attention capturing story. 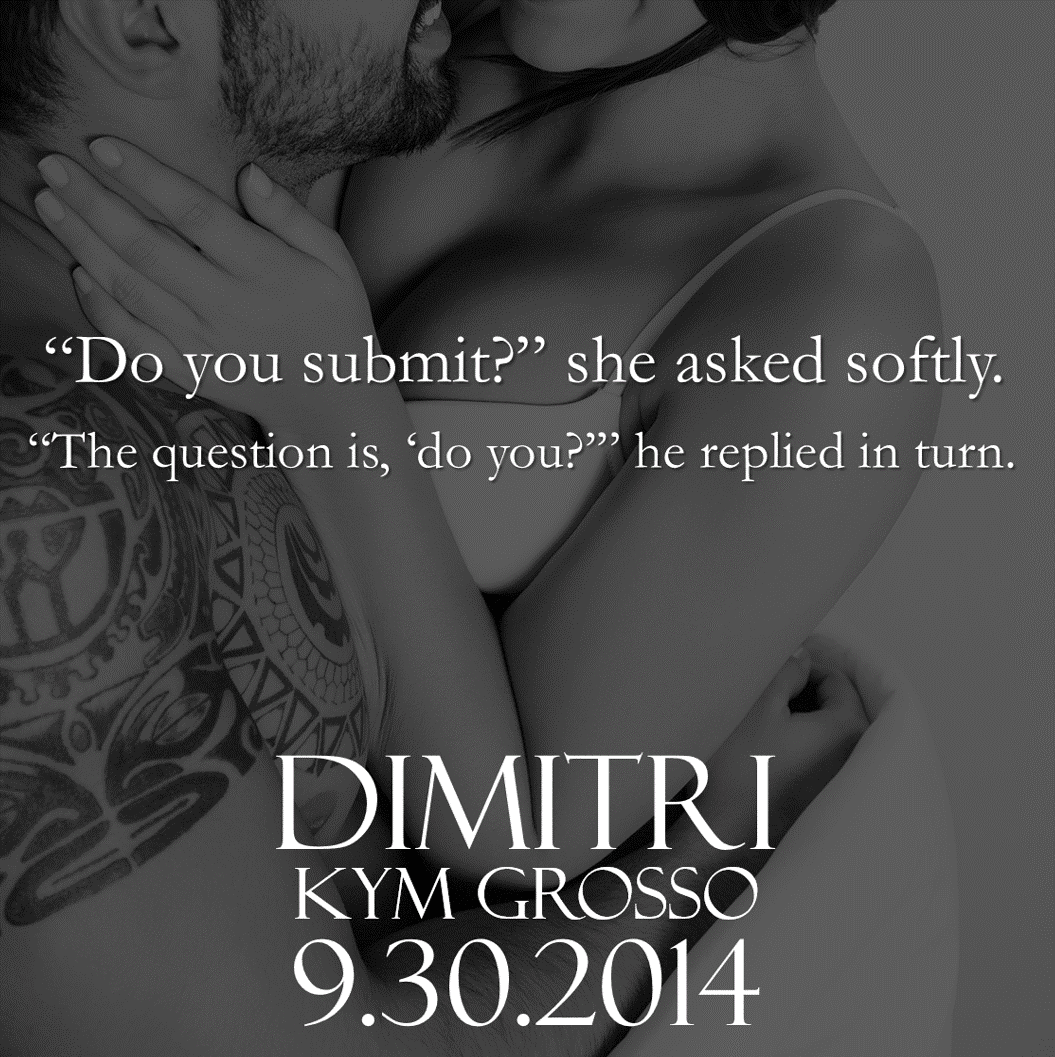 Dimitri cracked open the door, cupping chocolate mousse in one hand as he entered the bedroom.  He spotted Gillian’s robe, which was lying across the guest chair, and wondered if she’d gone to take another shower.  But as he glanced to the bed, Gillian pushed upward to sit, bunching the covers over what he believed to be her naked body.
“What do you have?” Her eyes went wide, spying the decadent confection.
“Ah, cher, if there’s one thing you can count on with me, it’s that I’m true to my word.  Dessert in bed is something we all should experience,” he said, climbing onto the comforter.  The mattress dipped as he walked across the surface on his knees until he was at her side.  He laughed, attempting to balance himself and the delicacy he’d brought.
“You’re funny, you know that?” she grinned.
“I’m determined.” With surprising grace, he settled next to her.  He crossed his legs and gave her a sexy smile.
“I thought you were a beta, not an Alpha,” she observed.  Despite his status, everything about him screamed dominance.  She wondered if he was even capable of submitting.
“I’m beta of Acadian wolves, but then again, you already know that.” Dimitri dipped the spoon into the creamy mixture and held it up to her lips. “Eat.”
She parted her lips at his demand.  Her eyes met his as he slid the mousse into her mouth.  She moaned in delight as the rich cocoa coated her tongue.  Closing her eyes, she savored the taste and then quickly opened them, realizing the way she must have looked.  He’d practically just given her a food orgasm in under ten seconds.  Clever, clever wolf.
“You distract me,” she admitted.
“You like?”
“What’s not to like?” Her eyes fell to his mouth and she swiftly looked away.  She nervously plowed her fingers through her hair.  “You could have killed Chaz…but you didn’t.”
“And?”  He took a bite and licked his lips.
“You could have been Alpha,” she stated, accepting another spoonful.
“I’m good right where I’m at in New Orleans.  Cali is nice, but it isn’t home.”
“Don’t all wolves want to be Alpha?”
“No.  Sometimes being Alpha chooses us, but it’s not something we always choose.  My Alpha, Logan, didn’t want to be Alpha…but that’s a story for another day.”
“But out there in the desert tonight, it was clear to me that you were the smartest, the strongest…”
“You’re goin’ to make me blush,” he teased, shaking his head.  It wasn’t that he didn’t know what he was capable of; he knew all right.  So did every wolf in Acadian wolves.  “Let’s just leave it at this, shall we?  I wasn’t about to kill Chaz so I could run his pack.  I don’t want to leave home.  I’ve got my own Alpha and pack.”
“Do you submit?” she asked softly. The question seemed innocent enough when she’d thought it yet the air was laced with sexual tension. Her lips curled in amusement.
“The question is, ‘do you?’” he replied in turn. “Open.”
“Never,” she promptly answered, yet her lips widened at his demand.
Dimitri laughed, watching her obey his command.  He supposed tigers didn’t submit, but things were not always as they seemed.
“What?” she asked.  The tip of her tongue traced over her bottom lip.  “What’s so funny?  Do I have chocolate on my face?”
“So you never submit?”
“Of course not.  I mean, it’s not like I don’t take directions when I’m working but I’m not a doormat.”
“What about in other ways?”
“What other ways?  Wait…are we talking about, you know?”  Gillian blushed.
“What do you think we’re talking about?  Last bite…here you go.  Open.” Dimitri smiled as she listened to him once again.  Perhaps she was incapable of seeing what she was doing. “To answer your original question, I will submit, but only to my Alpha.  I do it for the pack.  It benefits all of us.  We are more powerful collectively than we could ever be on our own.”
“Well, I guess that makes sense, but I’m not in a pack.  Tigers don’t do packs.”
“But wolves do.”
“Yeah, but I’m not…”
“You’re hybrid.  Somewhere inside you, your wolf lies in wait.”
“No. No, she doesn’t,” she said flatly.  Gillian felt her pulse race at the thought of turning wolf.  “I’m a tiger.”
Dimitri considered Gillian’s denial of her wolf.  Maybe she was right.  He’d never met a tiger hybrid.  It was rare. He’d seen her shift, and she was one hundred percent feline, yet his gut told him there was more.  Something about the way she’d already submitted without intending to do so.
“Well, my little kitten, you know what you are.  But the lesson for you is that often the strongest submit for reward.  Within a pack and in other areas of life as well.”  I’d like you to submit to me, he thought. Hell, yes…on your hands and knees, with me driving into you from behind.  The fleeting thought was all it took to stiffen his dick.
Noticing a smudge, he reached out, cupping her chin.  He dragged his thumb across her bottom lip, catching the chocolate.  When she wrapped her fingers around his wrist, Dimitri hesitated, wondering if she would stop him. Instead of resisting, she pressed her cheek into his hand and closed her eyes.  Her lips took his thumb into her mouth, licking its tip.
The temptation was too great, Dimitri knew.  He’d be taking advantage if he made love to her.  His stomach churned, aware that with any other female, he’d bed her and leave her without a second thought.  Wolves were sexual creatures, yet Gillian wasn’t truly lupine.  It wasn’t fair to her to let her think that they could have some kind of a long-distance relationship. Exercising what he didn’t know existed in control, Dimitri gently pulled his hand away. 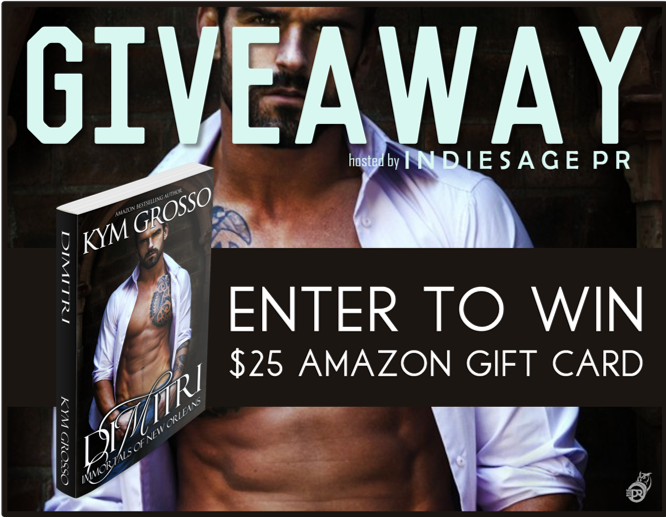