Seventh Grave and No Body by Darynda Jones - Promo Tour with Giveaway!! 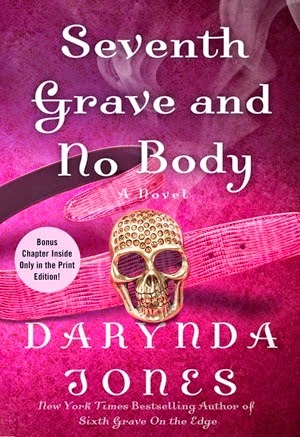 Blurb:
Twelve. Twelve of the deadliest beasts ever forged in the fires of hell have escaped onto our plane, and they want nothing more than to rip out the jugular of Charley Davidson and serve her lifeless, mangled body to Satan for dinner. So there’s that. But Charley has more on her plate than a mob of testy hellhounds. For one thing, her father has disappeared, and the more she retraces his last steps, the more she learns he was conducting an investigation of his own, one that has Charley questioning everything she’s ever known about him. Add to that an ex-BFF who is haunting her night and day, a rash of suicides that has authorities baffled, and a drop-dead sexy fiancé who has attracted the attentions of a local celebrity, and Charley is not having the best week of her life.

A tad north of hell, a hop, skip, and a jump past the realm of eternity, is a little place called Earth, and Charley Davidson, grim reaper extraordinaire, is determined to do everything in her power to protect it. 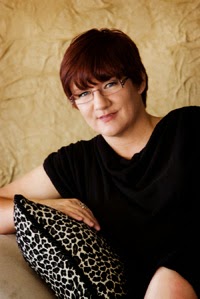 NYTimes and USA Today Bestselling Author Darynda Jones has won numerous awards for her work, including a prestigious Golden Heart®, a Rebecca, two Hold Medallions, a RITA ®, and a Daphne du Maurier, and she has received stellar reviews from dozens of publications including starred reviews from Publisher’s Weekly, Booklist, and the Library Journal. As a born storyteller, Darynda grew up spinning tales of dashing damsels and heroes in distress for any unfortunate soul who happened by, annoying man and beast alike, and she is ever so grateful for the opportunity to carry on that tradition. She currently has two series with St. Martin’s Press: The Charley Davidson Series and the Darklight Trilogy. She lives in the Land of Enchantment, also known as New Mexico, with her husband of almost 30 years and two beautiful sons, the Mighty, Mighty Jones Boys. She can be found at www.daryndajones.com.

I took the interior stairs back to my office, refusing to spare another glance his way. Just as I put my plate on my desk, I noticed a priest waiting in Cookie’s office. He was wearing a jacket and jeans, but the collar gave it away every time. We’d apparently forgotten to lock the door, but in all my years as a PI, a priest was new. I felt like I should do the sign of the cross as I walked forward, but I could never remember if it was up-down-left- right or up-down-right-left. I was so bad with directions.
“I’m sorry,” I said, going over and holding out my hand. It was shaking even more now than it had been that morning. Shaking from too much coffee was one thing, but shaking from none at all? Utter agony. Torturous. Inhumane. Of course, Reyes and his new gal pal could have had something to do with my trembling. “I didn’t mean to leave anyone waiting here,” I continued. “I’m Charley.”
He stood and took my hand into his. He looked like one of those jolly priests who preached about hellfire and damnation but then qualified his sermon with an assurance that if his parishioners strayed, they need only repent to be washed of their sin. I’d tried to be washed of my sin once, but I ran out of Dial. Tricky business, that.
“I’m Father Glenn,” he said, his voice and manner full of exuberance. He had sandy hair, thinning up top, and wire- framed glasses fitted over chubby cheeks. “I didn’t mean to interrupt your lunch.” He gestured toward the lunch he could see through the adjoining door. It sat on my desk, calling my name. Metaphorically.
My stomach growled on cue. I offered a sheepish grin, then said, “Oh, no, I’m saving it for later. I’m not the least bit hungry.”
“Gutsy,” he said as I sat in the chair next to the one he’d been sitting in.
“Gutsy?”
He followed suit, crossing his legs to get comfortable. “Fibbing to a priest,” he explained.
“Oh, that.” I laughed and waved it off. “I do that kind of crap all the time. Except to my clients,” I assured him. “I don’t lie to my clients.”