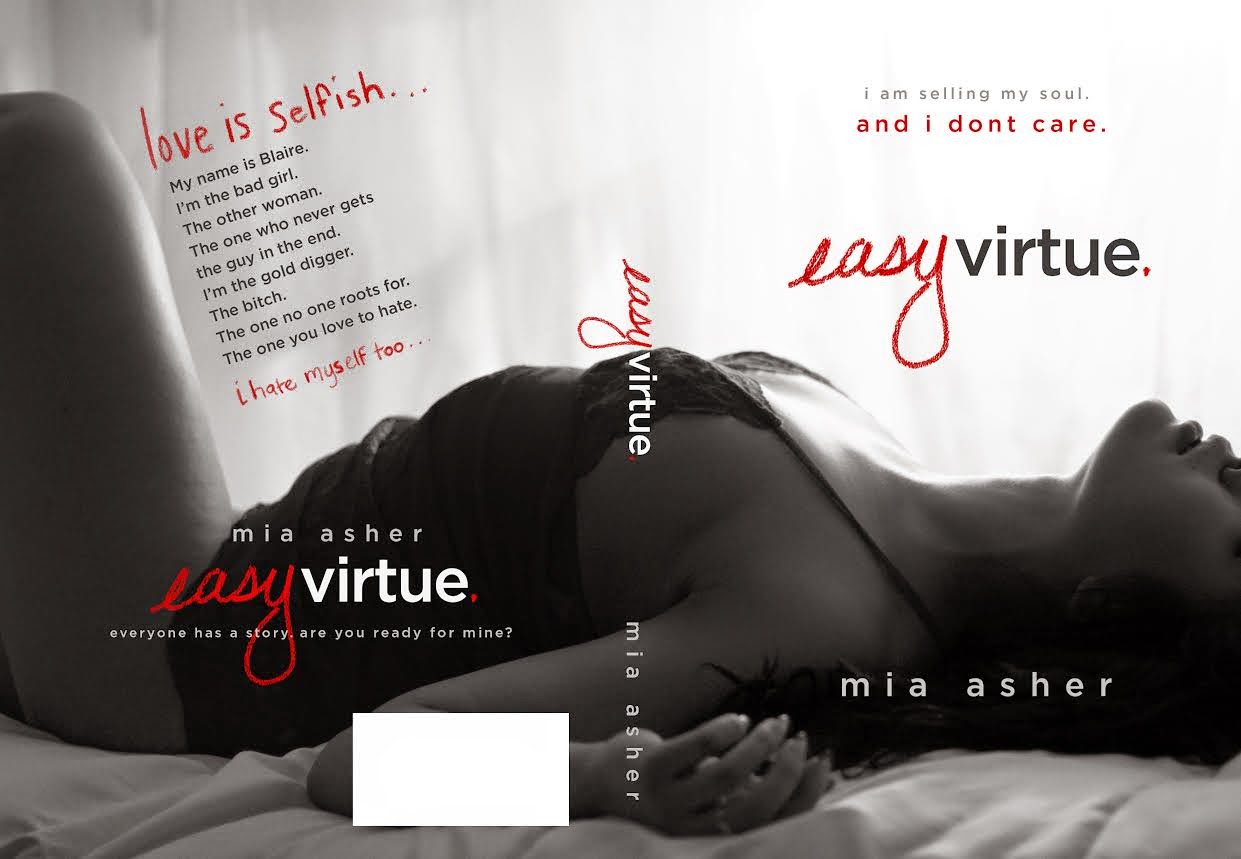 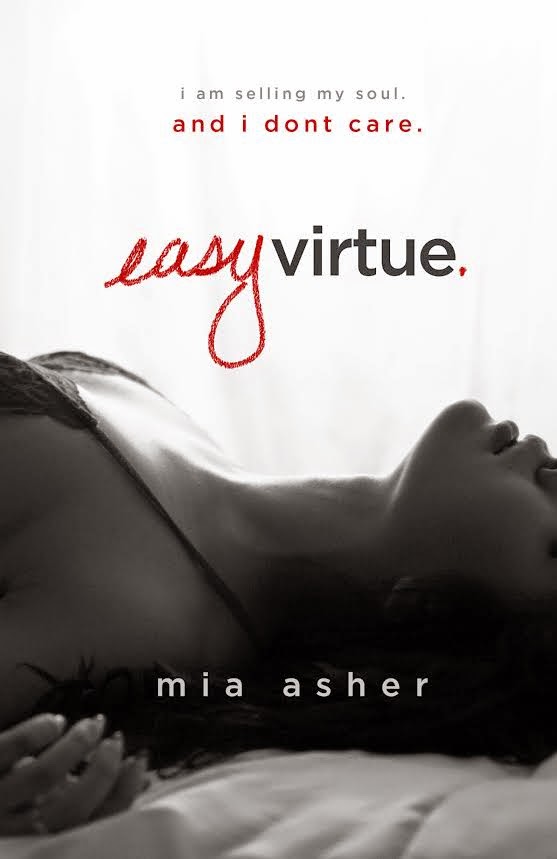 My name is Blaire.
I’m the bad girl.
The other woman.
The one who never gets the guy in the end.

I’m the gold digger.
The bitch.
The one no one roots for.
The one you love to hate.

I hate myself too.

Everyone has a story. Are you ready for mine? 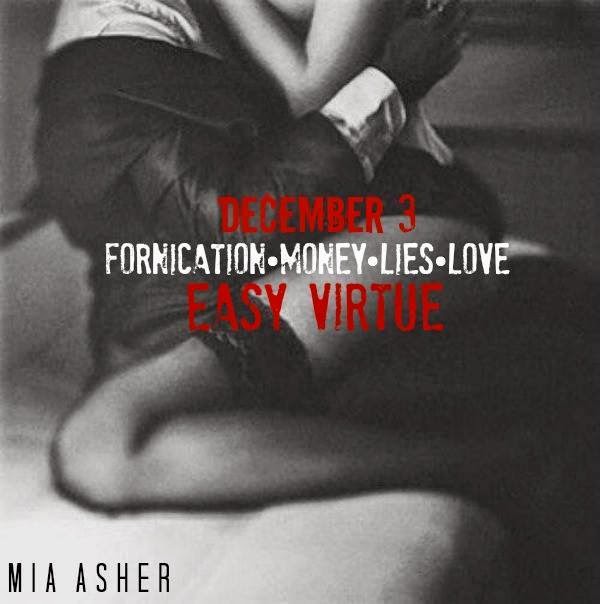 What is love?
I don’t know.
I’ve never had it.
Is it even real?
No, I don’t think so. I mean, how can I believe in love when I’ve never witnessed it? When it seems to only exist in books and films, or in the lives of more fortunate people than me? Trust me, I know.
Love is my personal chimera.
I am gazing at brown eyes, admiring the richness of the color, the beauty of the man to whom they belong to.
“You’re so beautiful, Blaire … so wet,” he murmurs, his hand going between my legs as he begins to rub me. His fingers spread me open to their soft invasion, tuning my body to his wants and needs, preparing me to be taken as the hot friction of his touch lights a wild fire within my body. It’s not the first time he has touched me like this, but each time feels better and better—the sensations all-consuming and heady.
One finger.
Two fingers.
One finger.
Two fingers.
Over and over again.
His invasion is fast and slow, deep and shallow. His touch is soiled heaven.
As I open my legs wider for him, I wonder if it feels this good because of him or because I’m taking something that doesn’t belong to me and making it mine.
“Oh God … I love you, Blaire. I love you … I love you …” he pants in my ear.
“Don’t stop … it feels so good,” I breathe.
Okay, maybe it’s because at this moment in time this man thinks he loves me and no one else but me, however false his proclamation may be.
I close my eyes as his lips land on mine. He kisses me softly as if I’m made out of gold, kissing me with that familiar mouth I’ve seen smile tenderly at me so many times before. The assault of his tongue debilitates me but doesn’t incapacitate me.

“It’s four dollars, gorgeous,” the cute barista says, smiling at me.
I’m about to pay for my cappuccino when I hear a deep, manly voice say, “Let me get that for you.”
A man wearing a beige suit comes forward, standing next to me as he hands the barista some bills. “I’ve seen you around … you’re Paige’s friend.”
I smile, licking my suddenly dry lips. “Thank you, and yes … I know Paige.”
The smile on his handsome face seems to freeze as his gaze follows the tip of my tongue, the spark of hunger brightening his eyes. Inwardly, I smile because who knew it was so easy to make men desire me, particularly when I went without attention for so long.
“My pleasure. Are you,” he coughs, “here with someone else?”
I shake my head and look at him through fluttering eyelashes. “No, I’m here all by myself.” I pause, touching his arm invitingly, and smile. “Would you like to join me?”
He looks around the coffee shop, probably considering if he should, if it’s proper to do so, but less than five seconds later, he’s staring at me once again. “Sure.”
Yes, just like that.

The beige walls are spinning.
The clock is ticking.
The bedsprings creak as the moon cries outside the motel window.
And the man above me kisses me while he fingers me, preparing me for him. Gotta love such a thoughtful man.
I can taste his sweet saliva mixing with mine, and I love it.
“Please,” I beg against his lips, reaching for his hard cock and wrapping my fingers around it. “I’m ready.”
I feel his mouth leave mine as he begins to make his way down my partially dressed body. “Are you sure, Blaire? Are you sure you want to do this with me?”
I open my eyes to witness what I think I want him to do. No, what I’m sure I want him to do. I can’t help the smile I feel playing on my lips as I see him struggling with his conscience. He asks me if I’m sure when he has already fucked my mouth with his cock countless number of times, when his fingers have filled every orifice of my body. Should I laugh? No … I decide to take pity instead.
“I’m sure, so sure,” I say, letting my arms land like dead weight on the bed, the cheap fabric rough against my skin.
“All right.”
When I feel the bed dip between my legs, I instinctively open them for him and watch as he brings a condom package to his mouth. As he rips it open with his teeth, I admire his perfect full lips that emphasize how masculine he is.
I feel pleased with myself.
So fucking pleased because he wants me.
Mr. Callahan wants me. Me. Can you believe it? Chubby Blaire. Ugly and awkward Blaire.
Unlovable Blaire.
I guess I’m not that ugly anymore. My body? What was considered fat as a child is now called boobs and ass. Guys want it. They want me. They want to touch me, grope me, feel me … they want to screw me. And it feels good to be wanted … so good. It makes me feel powerful, and like a potent drug spreading inside your bloodstream, I want more.
I need more.
“Hurry up,” I say, not bothering to be shy or coy about it. I mean, he brought me here to have sex, right?
“Fuck, give me a second, Blaire. Trying to get the damn condom on my dick.”


As he rolls the rubber on his stiff dick, his eyes wonder over my bare chest, my face, my spread legs. Shaking his head as if trying to clear his mind, he mutters, “You’re so beautiful. I want you so much.”
That’s not the first time I have heard those words come out of a man’s mouth. Josh tells me all the time how beautiful I am, how perfect I am, how much he wants me, how much he loves me. But he’s my friend with benefits. The words kind of lose their meaning when it’s the same person saying them to you over and over again.
“Show me.”
Those two words are all it takes for him to spread my legs wider with his hands and finally enter me with his throbbing dick. Pain shoots through my body, and a groan escapes my mouth when he covers my body with his. I feel his whole length inside me in one deep thrust.
“Christ, you’re so tight.”
He lifts both my legs, wrapping them around his lean waist and starts to thrust. Hard. It hurts. But I like the pain. It sobers me.
And that’s when reality comes crashing down on me. It hits me with the speed and blinding power of a torpedo, making me realize what I’m doing. What I’m giving away and the man doesn’t even know it.
What the hell am I doing?
Proving that you are your mother’s daughter.
Making her proud.
The room is filled with the noises of the man grunting his pleasure and the wet slapping of our skin; it makes me want to gag.  I want to throw up. Maybe it’s the alcohol I drank.
Maybe it’s self-disgust.
The initial pain is gone and now I just feel sore. And strange.
His beautiful face lowers, his lips about to connect with mine, and I feel the bile rise inside my throat. I turn my face to the side, his kiss landing on my cheek. My eyes watch the way the lights in the bathroom illuminate all its used and dirty ugliness.
“Oh God, I’m going to come … I’m going to come … I’m going to come,” he continues to pant in my ear, pumping in and out of my body. Before I know what’s happening, he half-screams and half groans, his body going tense on top of mine.
And just like that it’s over. In less than five minutes I’ve managed to kill a part of me.
Our breathing evens and he pulls out, moving to stand up. I push myself up on my elbows to see him inspect his condom. It still glistens. By the time he lifts his eyes, connecting with mine, I’ve already wrapped my body with the duvet cover.
Confusion, shock, and pleasure reflect in those brown eyes. “I-I didn’t know … I …” His hands go to his hair as we stare at each other. “I didn’t know you were a virgin.”
I shrug my shoulder carelessly, causing the duvet to slide down, exposing my bare breasts to him. His eyes immediately flare with lust. “It doesn’t matter … I wanted it to be you.”
And that’s the truth.
“But—”
“But nothing. If it bothers you, then forget it happened. I already did,” I say, ending the conversation.
This is my body. I will have the last word. Not him. Not anyone. This is my life. This is my decision.
Without giving myself a chance to doubt my next words, I turn to look at him in all his naked beauty, the gold wedding ring on his finger catching my attention. “Don’t worry, Mr. Callahan … I won’t tell your daughter that you fucked her classmate.”
And with that, I seal my destiny. 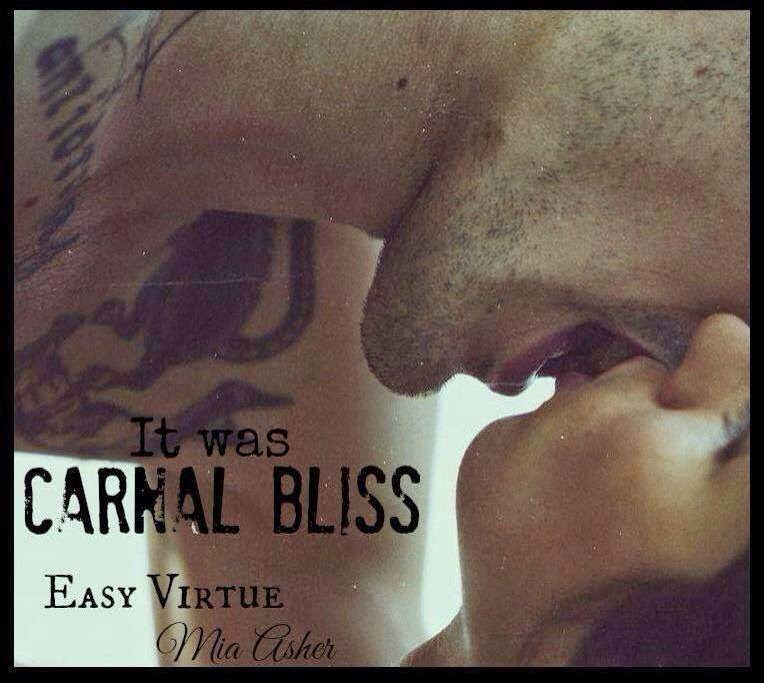 About the Author:
Mia Asher

My name is Mia Asher.
I'm a writer, a hopeless romantic, a wanderer, a dreamer, a cynic, and a believer. And, oh yes…I might be a bit crazy - but who isn't? 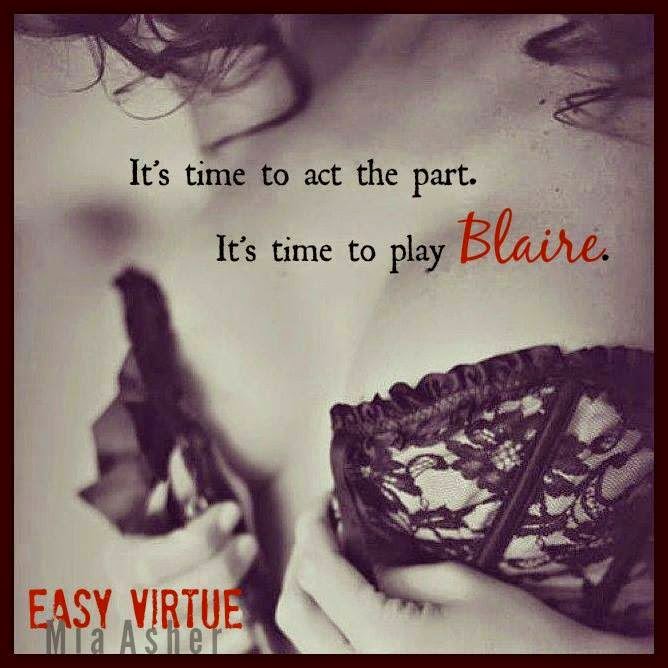