Just a Week by Jena Wade - Blog Tour with Giveaway


Just a week is not enough time to fall in love, but Fate doesn’t care. Seth’s carefully crafted plan for how his life will go doesn’t include falling in love with a guy in his horrible hometown. He wants to start a new life anywhere but at home. Until Maddox storms in with his multi-colored hair and carefree attitude.

Long distance relationships don’t work and Seth isn’t into gambling with his future. But the more time he spends with Maddox, the more he’s willing to throw caution to the wind. Now his plan for the rest of his life has been turned upside down and seems to include things Seth never thought possible, including a lifetime of happiness in his hometown.


“Seth, this is Maddox. Maddox, Seth.” My dad gestured between us, as if we couldn’t figure out who was who.
I nodded. I suppose the thing to say would be “nice to meet you” or something along those lines. But I wasn’t very suave. And I was still unsettled about the fact that he caught me being a creeper.
He smiled.
Fuck.
Perfect white teeth practically blinded me. Was there anything about him that wasn’t designed to make me weak in the knees? I had a thing for teeth. Yeah, I know it sounds weird.
After a moment of awkward staring, I turned away and gestured to the pile of new shelving that still remained in boxes.
“We better get started. I’ve already begun thinking about what our best course of action is. I think if we work from the back of the store forward, left to right, we’ll be able to get done quickly. I’ve managed to find the instructions— What are you doing?”
Maddox bent over the box, knife in hand, and started slicing it open. He cut a line through the cardboard, not even bothering to open it via the top of the box, where it was taped shut. That would have been the most logical thing to do. “Getting the pieces out.”
I looked to my dad for help, but he had walked away.
“But we haven’t laid out a plan. We don’t know where we are starting. I am not even sure if we have enough room back here to build. We aren’t ready to start opening up boxes and taking out pieces. I haven’t read the instruction manual yet. We don’t have a plan.”
Maddox shrugged one shoulder. “We’re building new shelving to replace the old. That’s the plan.”
I cringed. This is why teams never worked out for me. “That’s the objective. Our plan will give us a step-by-step process so we get it done quickly and efficiently.”
A half smile from Maddox had my heart doing jumping jacks. For fuck’s sake. Of all the times to get a crush, it had to be now? Apparently my dick didn’t get the memo that we didn’t like this guy.
I continued, “Research has shown that building projects get completed quicker if you follow the instruction manual.”
“Dude, it ain’t that serious. We’re building shelves, not launching a spaceship. Your dad said we could do this however we want, and I say we just jump in and get it done.” Despite his playful tone, I couldn’t get past the flawed logic in his plan.
No. That wouldn’t work for me. “We should put together a plan, a task list, find out who would be best suited to do which tasks. We need to make a plan.” I talked in circles. Repeating myself and I knew it. He wasn’t going to listen. I put a hand on my hip and stared at him. Hard.
It wasn’t working.


Maddox laughed. He laughed at me. Great.


GIVEAWAY: Win a copy of Just a Week http://www.rafflecopter.com/rafl/display/391d73bd41/? 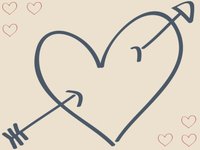 Jena began writing in January of 2013 as a New Year's Resolution--and so far she has stuck to it! She lives in Michigan. By day she works as a web developer, and at night she writes. Born and raised on a farm, she spends most of her free time outdoors, playing in the garden, or riding her horses. She also helps run the family dairy farm.