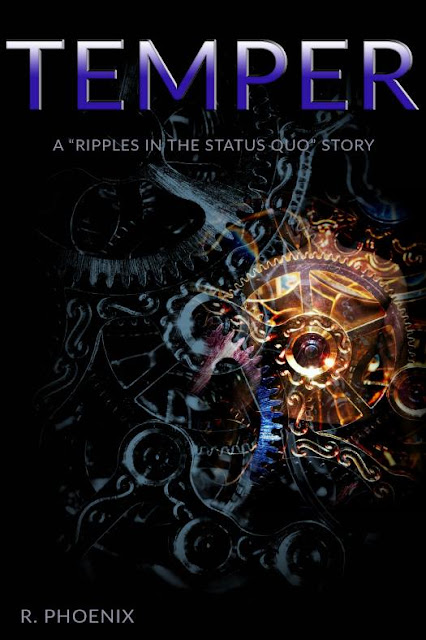 Only one thing can keep Ashton safe from the supernatural predators who made the world into their depraved, twisted playground after the Takeover—but it’s the one thing that would steal the last remnants of his freedom. At every turn, society confronts Reese and Ashton with the way humans are treated as mere playthings to be used and discarded. When they realize their own desires and pride have no place in the status quo, Ashton and his werewolf lover understand they’ll have to engage in the deadly games played by those in charge if they want to make a difference.

But Reese isn’t a diplomat, and Ash is only human. Together, they must decide if they’re willing to work with the devil they know in what might change everything or rely on their consciences in a world that has no place for kindness or honor... and if they’re ready to sacrifice everything along the way.

(This dark erotica work caters to those who cheer on the villains as they pursue their goals...no matter what it takes to get there. This includes Very Bad Things as well as Very Sexy Things.

Those with sensibilities will likely be offended and want to attack the author with flaming pitchforks. If this applies to you, save an author. Step away from the button.

Lightheartedness aside, this is dark erotica, and it does contain elements of depravity and cruelty that will be offensive to some readers. Please proceed with caution or skip this read.)

Because really, open wounds in the neighborhoods supes had relegated humans to would have signaled death in short order from the filth strewn around like confetti. All they had known had been ripped apart and scattered, and no matter how hard they tried, they couldn’t clean it up. Confetti, debris… It didn’t matter what they called it.
It wouldn’t go away.
Thinking about that hellhole wasn’t going to help him. His eyes finally lifted to the face of his assailant, and in some ways, it was worse because he didn’t know who the man was. He’d never seen him before—and he’d have remembered hair that frizzy, because it looked like he’d stuck his finger in an electrical socket.
He hadn’t seen the four others milling around him, either. Shit. Had he robbed the guy? Had someone finally recognized him for a crime he’d committed in what felt like a different lifetime?
Or was this just a random, unlucky encounter?
He didn’t know, and it bothered him. He didn’t know what to apologize for or how to deter these men from simply snapping his neck and tossing him away. There were no words taunting him to tell him he could scream all he wanted; there was no warning telling him to be silent or else. There was nothing at all, and in some ways, that made the whole thing worse.
The sun shining overhead made the situation that much more surreal.
“I belong to Reese Dorsey,” Ashton choked out, fear making his voice high and thin, and it cracked like he hadn’t gone through puberty yet. Suddenly, his high-minded refusal to let himself be marked didn’t seem very intelligent.
Or intelligent at all. Dumbass. Ideals don’t mean shit any more.
He saw them exchange looks, but what they meant, he couldn’t say. A snort of mocking laughter finally sounded, and a callused finger ran along the inside of his left wrist.
“No mark,” the frizzy-haired man said. “Unless he’s marked you somewhere a little less obvious? What do you think, Mays? Get many people wanting their slaves marked in interesting places?”
The bald man standing next to Ashton’s captor only chuckled. “The ones who like to show their property off. They’re not usually stupid enough to not even get a small one on the arm, though.”
“Well, we are talking about Dorsey,” Frizzy sneered. “But then, he did let this hot ass go without marking it, so there’s no accounting for taste.”
Ashton flinched when he looked up to see a third man—then a fourth, and then a fifth. Five of them surrounded him, and it felt like it should have been impossible.
They were in the middle of the city.
In the middle of the day.
Beneath the blazing sun.
The nice neighborhoods just ain’t what they used to be. 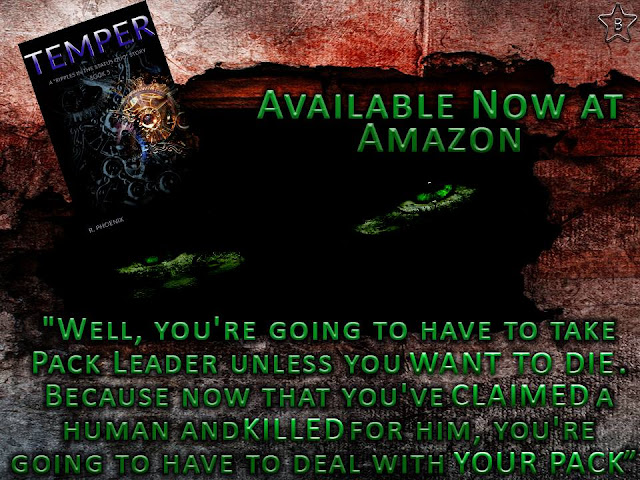 R. Phoenix has an unhealthy fascination with contrasts: light and dark, heroes and villains, order and chaos. She believes that love can corrupt and power can redeem. Her muse is a sadomasochistic slave driver who thinks it's terribly amusing to give her the best ideas when she just got comfortable and warm in bed, and she passes on that torture to her readers.

If she had it her way, she would describe the books in her "Ripples in the Status Quo" world as: "Supernatural creatures take over the world and turn humans into pets and food. There's some sex between guys. And... um... effed up things happen." It's probably a good thing she has people around her to remind her that she actually wants people to read her books. (They should really be more diligent, especially when they know she's writing her author bio.)

She's an author, stay-at-home mother, housewife, second time college student, and duck herder extraordinaire. She's learning how to cook without burning the house down, her garden is somehow neither drowning nor drying up, and one day she might remember what that mythical thing called "free time" is. She's starting to wonder who thought it was a good idea to write bios in third person.

She also tries entirely too hard to be funny, and she mercilessly inflicts her terrible sense of humor upon anyone who speaks to her. Really, it's not you. It's her. All the same, she'd love it if you'd say hello, because it makes her day to hear that someone read something she wrote. If they enjoyed it, there's usually an awkward happy dance and embarrassing sounds of joy to accompany it (no, not that kind of sound, you perv). If all of that hasn't scared you away, please visit her website at http://rphoenix.theupsideis.com/. 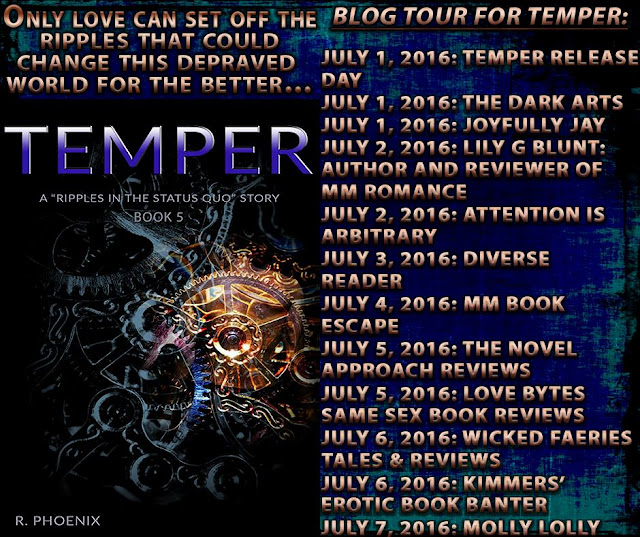