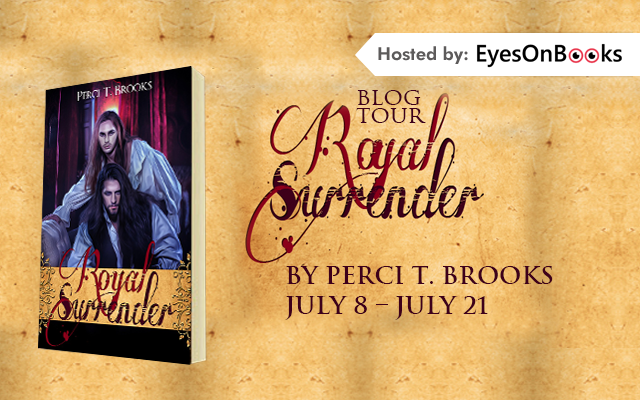 Prince Amory longs to find his true love.
Néstor Awada wants to be a servant no longer.
Both yearn to find the man with whom they could fall in love.
Each doubts their dream will come true.
When word reaches Amory that his father is mistreating a new servant, he goes to save him.
Prince and servant try to fight their growing feelings for each other to no avail.
But is their love strong enough to breach the chasm forced on them by society?

The following day, Amory burst into his older brother’s rooms. He didn’t care what his brother was doing. He’d been furious all morning about what Néstor had told him. He didn’t see Harold in the front and went straight into the bedchamber. When he threw open the door, there was the man in question, naked, with an equally naked woman sitting on top of him as she rode him. To make matters worse, the woman was not his brother’s fiancée. The scene made Amory sick. How could his brother cheat on the woman he was going to marry?

“Are you done, brother?” Amory asked. The couple had been so intent they’d finished without realizing he stood there.

The woman yelped and used the blankets to cover herself as Harold stood, putting on a robe. The brothers stared at each other. Amory had thought through how to word things, but all his plans had gone out the window when he entered the room.

“How could you do that to Néstor? You sicken me.” Then he pointed to the girl. “And you’re messing around with this whore of a maid when you’re engaged to be married.”

Harold slapped him. “How dare you speak about Tabitha in that manner? She is my wife,” he yelled.

“Your… your wife? How can that be? You are engaged to Princess Anna!"

PERCI T. BROOKS is the author of Yaoi (m/m) and Yuri (f/f). She’s been writing since the age of ten and started off writing just little stories. As she got older, she was able to create her own characters and plots. She loves to write. Becoming an author has always been her dream.

Miss Brooks lives to inspire others. She was born with medical problems, is hearing impaired and has disabilities and thought she would never become an author.