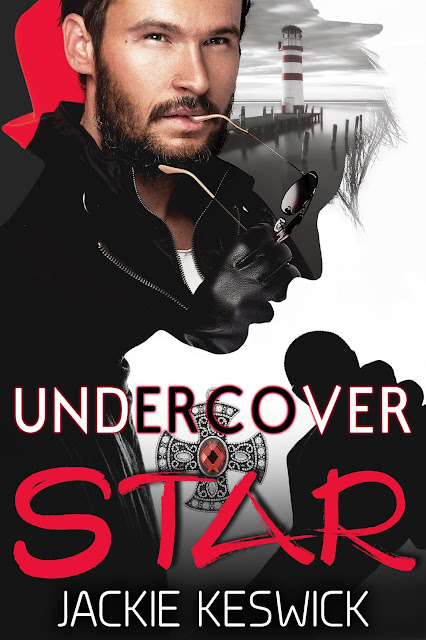 It sounds like the stupidest idea in the history of stupid ideas. Detective Inspector Josh Ingram wants to find a deadly medieval locket and through it, a murderer. So why does his boss decide to team him up with Matisse Vervein, a pop idol many consider just a pretty face... and expect the two of them to hunt down an art thief?

Marissa Godwin, Matisse's no-nonsense manager, isn't stupid. Neither is her brother-in-law, Detective Superintendent Tim Montgomery. Each is looking out for a lonely man on the verge of quitting what he does best, and both believe that their charges would make a great team.

The attraction sizzling between Josh and Matisse is hard to miss, but there's plenty of resentment, too. Focussed on pushing Josh and Matisse towards each other, Marissa and Tim haven't imagined the kind of trouble a music star and a detective can find when they ditch their prejudices and accept that the attraction between them is mutual. Or how far each is prepared to go to prove it to the other.

A feel-good, action adventure romance set in England and Scotland, featuring a reluctant pop star who's not out, a detective trying his hand at being a bodyguard, plenty of adventure, and a happy ending.

Undercover Star is a new contemporary m/m romance featuring a pop star and a detective on the hunt for his partner's killer.

I'll admit that I'm a rather huge fangirl of this author from her first book in the Power of Zero series. So when I heard that she was writing a new story featuring a singer/musician I was pretty damn excited. That's  one of my favorite types of characters in any contemporary book.

Undercover Star did not disappoint, in fact I had a hard time putting this book down for you know those important things such as work, sleep, and food. This story drew me in from the first page and really did not want to let go.

It features what I've come to see as the author's style of characters, strong but distinctly flawed by either previous life trauma or not being true to themselves. Which Matisse embodies the latter in spades. Matisse, one of the leads, is a very talented pop singer who's living in the closet so he won't upset his fans. He's also hiding who he really wants to be/do in the music industry. And that is one of the spots in the story that lowered my rating. The author never allowed Matisse to say or show what kind of music it was that he really wanted to do.

I did thoroughly enjoy the dynamic between Matisse and Josh as they discovered that first impressions really can be impossibly wrong. Josh's teasing Matisse by calling him Rock Star and then him realizing that he's not JUST a pretty face but a very intelligent and talented individual who is multi-faceted. Matisse realizing that Josh wasn't just hired muscle wrapped in a sexy body. That Josh was driven and dedicated to finding who killed his former detective partner. And the book does leave a part of this story open ended so I'm hoping that this isn't just a standalone and that the author will end up writing a continuation. That part of the story really needs to be closed along with giving us a further glimpse into Matisse and Josh's life after the end of this story.

This is a well written, well paced story featuring detailed characters who exhibit both personal and emotional growth throughout the storyline. I highly recommend this story as a one to devour over your holiday time off, or a long weekend. Trust me you'll want some time carved out to read this in one go because it will suck you in!

I look forward to whatever comes next from Jackie Keswick.. if it's a continuation to this story, a new Power of Zero book, or a new standalone. She's definitely one of my go-to authors for a dependable good read. 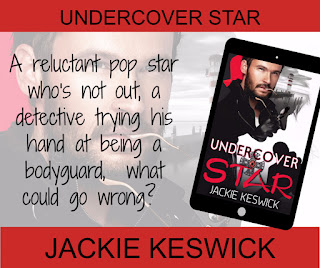 Jackie loves stories about unexpected reunions and second chances, and men who don't follow the rules when those rules are stupid. She has a thing for green eyes, blogs about English history and food, and is a great believer in making up soundtracks for everything, including her characters and the cat.