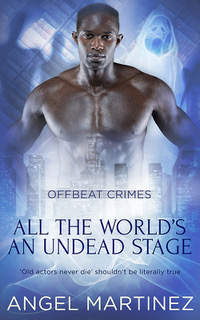 Carrington Loveless III, skim-blood vampire and senior officer of Philly's paranormal police department, has long suspected that someone's targeting his squad. The increasingly bizarre and dangerous entities invading their city can't be a coincidence. So when a walking corpse spouting Oscar Wilde attacks one of his officers, Carrington's determined to uncover the evil mind behind it all.

As a rare books librarian, Erasmus Graham thought he understood some of the stranger things in life. Sharing a life with Carrington's shown him he didn't know the half of it. They've survived attack books and deadly dust bunnies together and got through mostly unscathed. Now his world and his vampire's appear ready to collide again. Books are missing from the rare books' collection—old tomes of magic containing dangerous summonings and necromancy. He's certain whoever's been stalking the Seventy-Seventh is composing their end game. It's going to take a consolidated effort from paranormal police, librarians, and some not-quite-authorized civilians to head off the impending catastrophe.

"Hunter? It's all right. I promise." On his knees in the room LJ and Hunter shared, Carrington peered under the bed where Hunter huddled in the far corner. "No one here will hurt you."

To Carrington's relief, his mom had taken care of nearly all of the arrangements for this open house luncheon on and left him out of it. He would've preferred something with less fuss and fewer caterers but it was only for a few hours. The squad room would survive. His only task now was to try to coax an obviously spooked Hunter out from under the furniture.

"I have a theory," Jeff said from where he leaned in the doorway.

Carrington smacked his head on the bedframe trying to reach far ther underneath, so his next words were sharper than necessary. "Oh, yes? I don't suppose you'd care to share this brilliant bit of enlightened thinking."

Jeff let out a little huff. "Not if you're going to take my head off."

"My apologies. I'm not in the best position to be civil at the moment."

"I can wait until I’m not talking to your butt."

"Fine." Carrington eased out from under the bed and sat back on his heels. "What's your thinking here?"

"When Hunter was living on her own, she was pretty careful and particular, wasn't she?"

Living on her own translated as when she was homeless, and careful and particular into skilled and cautious thief but Carrington appreciated his colleague's care with Hunter in the room. "So one is given to understand."

"I'm thinking maybe someone or several someone's invited today might have been a target. Maybe Hunter's afraid of someone recognizing her and making the connection."

Carrington leaned down far enough to peer under the bed again. "Is that it, Hunter? Are you concerned that someone will recognize you from your previous life?"

Even with Hunter scrunched in the corner, she still managed a collar nod.

"Very well, then." Carrington patted the mattress. "We'll close the door, Ms. Hunter. You don't have to see anyone if you don't wish to."

A sleeve poked out from under the mattress to pat Carrington's hip. He took the hint and got to his feet to give Hunter room to wriggle out. She floated up and settled carefully on the blankets with her sleeves crossed.

"My word of honor." Carrington held up both hands. "You can lock the door behind us."

She slumped as if in relief and nodded. Then she twitched up straight, holding up a sleeve to ask them to wait. Jeff peered over Carrington's shoulder as Hunter pulled a box out from the steamer trunk she shared with LJ. She handed the box to Carrington with a sleeve motion that appeared to mime pulling up a zipper.

As he'd promised, he shut the door behind them to give Hunter her privacy and found LJ in the squad room with Audacity under one arm. Their kitten wore a scaled-down version of a black K-9 vest.
"Don't you look official?" Jeff let her catch one of his fingers to gnaw on.

Carrington gave her an approving nod. "It suits you. Do you like your new uniform?"

Mew. Miii-iiw. Audacity pedaled with all four paws until LJ set her down. She turned in an obvious modeling pose to show Carrington one side of the vest with POLICE stenciled in white block letters, then turned to display the other side with CADET FAMILIAR. If that wasn't Jason's idea, Carrington would eat his police hat and Amanda's.

"Outstanding, Cadet Audacity. Very sharp." Carrington carefully kept the laughter from his voice since she was taking it all so seriously. But it was difficult in the face of such monumental cuteness.
"LJ, Hunter refuses to come out but she sent you this."

He handed over the box and stayed to watch LJ ease it open by pinching the top with his sleeve. The long slender shape of the box made guessing the contents easy and Carrington wasn't disappointed when LJ held up a regulation police uniform tie. LJ stared at it a moment, his version of staring at any rate, then gave a sharp nod before he handed tie and box to Carrington to hold.

"You don't—" Carrington nearly asked if he didn't want it but LJ's intentions became obvious when he zipped up his front and straightened his collar. "Ah. Would you like me to do the honors?"

LJ gave another nod as he held himself straight and still. Strange to see him that way. He almost never zipped himself closed and never floated completely still. Carrington stood behind him to get the tie on just right, easier than trying to think about tying one backward, and finished it off with the silver tie clip Hunter had provided.

"There, sir." Carrington clapped him on both shoulders. "Almost as sharp as Audacity."

LJ had no way to blush, but his front puffed out just enough to be noticeable and who would ever have predicted that? A jacket entity, former street thug and informant proud to wear police issue anything.

Note: The general release date for this title is 1/2/18 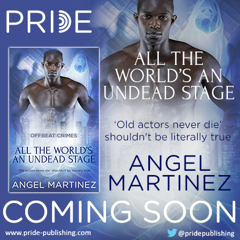 What do you think of when someone says zombie? Most modern humans will immediately think mindless unfortunates hungry for brains, zombie apocalypse, and the recommended methods of disposal. Whether they're the shambling corpses in The Walking Dead, or the horrifyingly fast, infected monsters of Twenty-Eight Days Later, zombie hordes have become part of our collective psyche. We watch them, have nightmares about them, joke about them—and buy the merchandise.

We can even trace horrific portrayals of undead hordes back to Mesopotamian writing where Ishtar threatens to raise the dead and order them to eat the living. Western culture certainly has precedence for fear of the undead. In modern media, it's the apocalyptic horde has become predictable and familiar, and even lacks, for the most part, the social concerns underlying the earlier iterations of the zombie apocalypse imaginings of George Romero (Night of the Living Dead, etc.) There's nothing wrong with a bit of monster fun – except that it obliterates the tragic origins of zombie lore. We have to go back to the enslavement of Africans in Haiti for that.

Conditions for slaves on the sugar plantations of Haiti were so brutal, so inhumane, that slaves looked forward to death as their only escape. Their belief was that death would allow them lan Guinée, a return to Africa to be at peace. While suicide certainly occurred, the fear among the enslaved was that if they committed suicide, the lan Guinée would be closed to them, that someone taking their own life would be doomed to remain in Haiti, working as an undead, tireless slave of the plantations for all eternity. For people living in the constant state of fear and agony of slavery, to be consigned to an eternity of slavery was surely the worst fate imaginable.

As Haitian and Haitian Creole culture developed, during and post-slavery, zombies became the creations of bokor, voudou sorcerers who raised the dead and enslaved them for their own evil purposes. While there are parallels to European necromancers who disturbed the dead to ask questions or perform a single nefarious task, the roots of voudou zombies in slavery make their state more horrifying while the enslavement is meant to be more permanent. (Also unlike necromancer raised undead, there are ways a regular non-practitioner can rescue zombies and release them to death again.)

A bit of a heavy post for a not-so-serious story? Probably. Watch the zombie shows. Read the books. Enjoy the genre. But please take some time to remember where they came from. 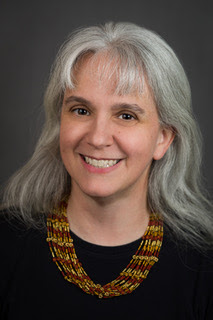 The unlikely black sheep of an ivory tower intellectual family, Angel Martinez has managed to make her way through life reasonably unscathed. Despite a wildly misspent youth, she snagged a degree in English Lit, married once and did it right the first time, (same husband for almost twenty-four years) gave birth to one amazing son, (now in college) and realized at some point that she could get paid for writing.

Published since 2006, Angel's cynical heart cloaks a desperate romantic. You'll find drama and humor given equal weight in her writing and don't expect sad endings. Life is sad enough.
She currently lives in Delaware in a drinking town with a college problem and writes Science Fiction and Fantasy centered around gay heroes.