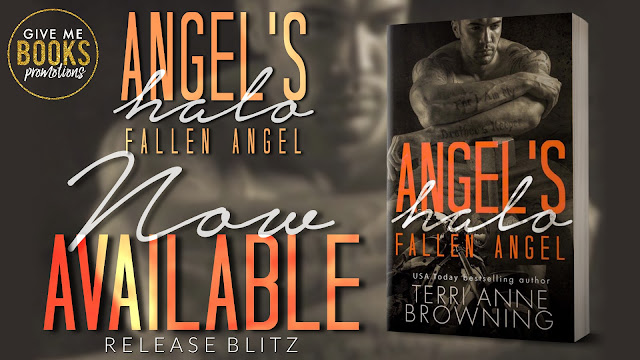 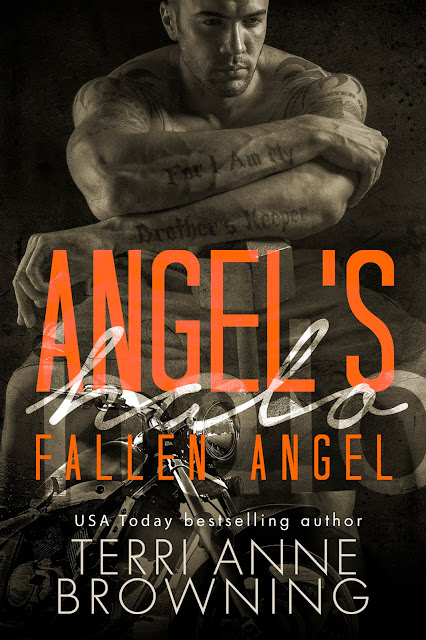 There are always casualties of war…

When I lost Rory, I lost everything. Her father ripped her away from me, and I didn’t see her again for three long years.

Now, she is back in my life, and I’m not about to let anyone take her away from me again.

My heart stopped the second I heard about the explosion, and it didn’t beat again until I knew Matt was safe. But even as my prayers were answered, my heart hurt for him.

While I couldn’t stop Matt’s pain at losing Tanner, maybe I could stop my father from destroying the MC. 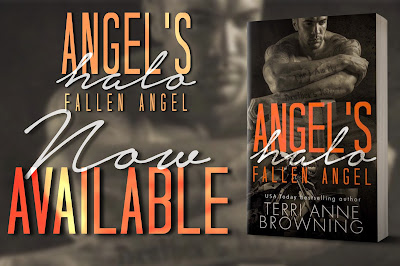 I paused outside my mother’s bedroom, frozen as I fought internally with whether or not to go in. My mom had been bedridden for the last three weeks. When I saw her the day before, she had looked even more fragile than the day before that. She was getting sicker by the day—by the damn hour—and it hurt to see her that way.

She had only been diagnosed with gastric lymphoma two months ago, but the doctors said there was nothing they could do. It had been left too long, and it had already spread. If she was lucky, she would have six months. At least, that was what they had said four weeks ago. But that was before Sabrina Michaels hadn’t been able to get out of bed. It was before she had started vomiting blood at the end of every day. It was before she had given up.

Now, hospice came in once a day, to make sure she was comfortable, and to make sure the new live-in nurse my father had hired knew what to do in case something happened.

Because it could happen any day now. There was no way to determine just how long my mother had, and it was breaking my heart.

Slowly, I opened the door to the bedroom that had been my mother’s sanctuary for years, her own little slice of heaven that only a few people in the universe were allowed to share with her. I was one of the lucky few, but that privilege didn’t extend to my father. They had kept separate rooms since before I was a teenager.

My gaze went straight to the hospital bed that was only one of many new additions to the décor of the room. There was a heart monitor on a rolling cart beside the bed, along with an IV stand, pushing fluids and blood into Mom. She had a feeding tube in now because eating just wasn’t possible these days.

Timidly, I approached the bed, and my mother gave me a weak smile as she lifted a thin hand.

“How was your date last night, my love?”

My own smile was shaky, but I forced it to stay in place as I sat on the edge of the hospital bed that practically swallowed up the tiny woman. “Matt took me out to this old field, and we watched stars for a few hours.”

It wasn’t a complete lie. We had gone to an old field, and he had spread out a thick blanket. He’d held me close while shooting stars had fallen across the sky, but my eyes hadn’t been on them. They had been wet and swollen as I had cried out my grief for my mother against his chest.

He hadn’t said a word the entire time. Just rubbed his fingers up and down my back and let me cry it all out because he knew how much my mom meant to me. He knew how much I was going to lose when she took her last breath. Sabrina wasn’t just my mom. She was my best friend, and when she passed away, it would be just my father and me.

A man who would try to control every aspect of my life. But Mom had stood in his way for years now, ensuring that I had my own life, that I could be free from him and his manipulations. Once she was gone, though, that would change. We all knew that.

“He sounds like a good boy,” my mother murmured now, but I heard the underlying question.

“He is a good boy,” I assured her with a slightly stronger smile this time. But this time, I was telling her a full-blown lie.

Matt Reid wasn’t a boy; he was a man. His twenty-one to my seventeen could cause some serious trouble if we weren’t careful. And being a part of the Angel’s Halo MC probably didn’t make him a “good boy,” not when both my father and Creswell Springs’ DA were constantly trying to arrest someone from the motorcycle club. I wasn’t stupid; I knew Matt probably did illegal things when he was off on “runs” that took him away from me for days at a time.

The truth was, I didn’t care what he was doing for the MC when he left. All I cared about was that he stayed loyal to me, that he only ever loved me, and that it was my mouth he kissed like he couldn’t get enough of my taste when he got home. That was all that mattered to me. I could live with the rest.

“We haven’t had sex yet,” I assured her when she continued to just look up at me with that question in her eyes. “We want to wait until the time is right.”

Which could have been any day in the three months since I had met him. Lord knew I would have willingly handed over my virginity to him the first time I had seen him at Hannigans’ the night I’d gone in on a dare. But like everyone else in Creswell Springs, he had known exactly who I was. Which meant he knew just how old I was, and while some of the brothers in his club were into jailbait, he wasn’t one of them.

But he was just as addicted to me as I was to him, and instead of telling me to fuck off, he had asked to see me again. He called me every day, texted me all the time, and we saw each other as much as possible without my father finding out. Because if Derrick Michaels ever figured out that his only child was dating one of the MC members, he would lose his mind—and then arrest Matt.

“Tell me what else you’ve been up to,” Mom urged as she shifted uncomfortably, repositioning herself until she could find a small semblance of relief.

I reached for the IV stand and picked up the little button that would automatically dispense the powerful narcotics that would ease her pain.

“No, darling. Don’t do that just yet. I lose track of time when I use those damned meds. They confuse me, and I want to focus on you right now.”

Hating that she was in pain, but wanting to give her what she asked for, I replaced the button and sat back, filling her in on everything that had happened since I had seen her the evening before. There wasn’t much to tell her, so I told her more about my date with Matt.

“He keeps talking about the future, as if he wants me to be a part of his life forever.”

Mom’s green eyes, which had once been the same shade as mine, were now dimmed with the yellowing of the whites from jaundice and the pain she was in constantly. But they brightened just a little when I told her about Matt. “He really does sound like a good boy, Aurora.”

“I love him, Mom,” I confessed. It was the first time I had said it out loud to anyone other than Matt, but it felt good to tell her.

“It makes me feel better that you will have someone who will be here for you when I’m gone,” she murmured weakly, leaning her head back and closing her eyes.

Tears instantly pricked my eyes, but I held them back like a levee holding back the sea. “Don’t talk like that, Mom. We still have plenty of time together.”

We both knew I was only lying to myself, and when she opened her pain-filled eyes, the look in them told me that. “It won’t be long now, my baby. I can feel myself fading a little more every hour.”

“Mom, no,” I whispered brokenly.

“Yes, sweetheart. But I want you to know that I love you. You were the best thing to ever happen to me. You are my greatest joy and my greatest sorrow.” Two fat tears fell from her eyes, but she didn’t seem to have the strength to lift her hands and wipe them away.

Reaching for a tissue, I mopped away the tears and tightened the hold on my own. “I love you too, Mom. You are my best friend. You’re my favorite person in the world, and I don’t want to lose you.”

“You won’t,” she whispered. “I will always be here for you. I will always take care of you and watch over you.” Her icy fingers wrapped around my wrist and tightened so hard I knew she was using the last of her energy to do it. “When you turn twenty-one, you won’t ever have to worry about anything. I’ve made sure of that. Just try to put up with your father until then, Aurora. After your twenty-first birthday, you can walk away from him and never look back, I promise.”

“I don’t want anything but you!” I whispered as the first tear broke the barrier and spilled free. “I would give up everything if I could keep you, Mommy.”

Weak hands pulled my head down onto her chest, and my tears flooded over my lashes, soaking into her silky nightgown. “Shh, my baby. It will be okay. I promise. You’ll be just fine.” 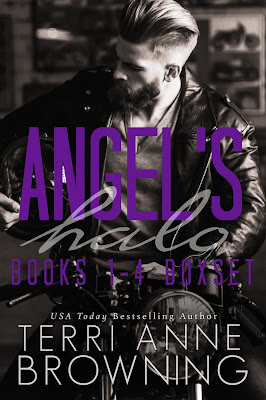 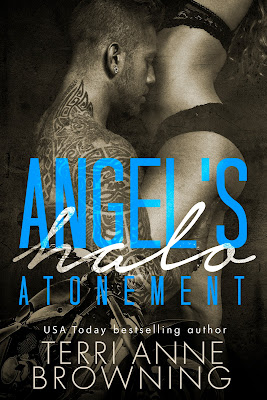 Terri Anne Browning is multiple USA TODAY bestselling author. Being dyslexic, she never thought a career in writing would be possible, yet she has been on best selling lists multiple times since 2013. Reese: A Safe Haven Novella was her first Indie published book. The Rocker Who Holds Me changed the tables and kicked off The Rocker... series featuring the sinfully delicious members of Demon's Wings. The Rocker... Series is now complete with 12 books and the occasional novella. Other books by Terri Anne include the Angel's Halo MC Series, as well as The Lucy & Harris Novella Series, The Vitucci Mafiosos Series, and The Tainted Knights Rocker Series.