Jason Banning is a wreck. His leg’s been blown to hell in Afghanistan, his boyfriend just left him and took the dog, and now he’s back in his hometown of Pinehurst, Washington, a place that holds nothing but wretched memories…and Nathan Tull. Nathan Tull, whose life Jason ruined. Nathan Tull, who will never believe Jason did what he did for a greater good. Nathan Tull, whose reverend father runs the gay conversion therapy camp that Jason once sought to bring down—at any cost.

Nathan Tull is trying to live a quiet life. Four years ago, when Nate was a prospective student visiting UW, his world collapsed when senior Jason Banning slept with him, filmed it, and put the footage online. A painful public outing and a crisis of faith later, Nate has finally begun to heal. Cured of the “phantoms” that plagued him for years, he now has a girlfriend, a counselor job at his dad’s camp, and the constant, loving support of his father.

But when he learns Jason is back in town, his carefully constructed identity begins to crumble. As desperate to reconcile his love for God with his attraction to men as Jason is to make sense of the damage he’s done, Nate finds himself walking a dangerous line. On one side lies the righteous life he committed himself to in the wake of his public humiliation. On the other is the sin he committed with Jason Banning, and the phantoms that won’t let him be. But is there a path that can bridge those two worlds—where his faith and his identity as a gay man aren’t mutually exclusive?

And can he walk that path with the man who betrayed him?

He leaned in, and Nate panicked for a moment, thinking Jason was going to kiss him and that he wasn’t ready yet. But Jason just brushed the hair from Nate’s eyes and pressed his forehead to Nate’s. Nate matched his breathing to Jason’s, so that each breath they took collided. Finally he nodded.
“We don’t have to do anything but sit here,” Jason said.
“I want to fuck,” Nate said harshly. He met Jason’s gaze. “I mean I seriously want to fuck. I want it to feel—like—like everything, and I want it to—to be real. I want to forget all the bad things I’ve ever done.”
“Me too.” Jason’s voice was thin and hushed.
Nate leaned back. Stretched out on the blanket and stared at the barely-distinguished black silhouettes of the tree branches. The blanket wasn’t quite long enough, and pine needles scraped his calves.
Jason pulled off his shirt. Tossed it aside. He looked down at Nate. “We’re gonna start slow, okay?”
Nate shifted. Imagined the dangers that lurked in the woods. Sharp-toothed animals and poisonous plants and all the fucking shadows that kept you from seeing where you were going, where you’d come from. He wanted this to go fast. He wanted to get out of here.
But Jason lifted his shirt, just enough to expose a few inches of Nate’s belly. He scooted back on the blanket and rolled onto his stomach, his head at Nate’s hip. He kissed Nate’s hip bone, his lips soft and slightly damp. Nate sighed and tried to relax.
What if someone sees?
Jason kissed his way across his stomach. Nate’s muscles flexed and released, and his breathing roughened into sharp gasps. Jason paused and licked a slow circle around his navel then pushed his tongue down the trail of light hair leading to Nate’s groin. He undid Nate’s fly, and Nate, shaking, lifted his hips so Jason could pull his jeans down.
The cool air made Nate’s exposed skin prickle. What if someone sees? The thought wouldn’t go away.
Jason ran his tongue along the edge of the waistband of Nate’s briefs. Nate’s stomach contracted, and then he exhaled, some of the tension leaving his body.
Jason pressed his nose against the front of his briefs and let out a warm, damp breath Nate could feel through the fabric.
“Oh, shit,” Nate whispered as Jason nosed his swollen balls. Kissed the outline of his dick. Took the cotton in his teeth and tugged, until the head of Nate’s cock poked through the slit. Jason released the fabric then slowly leaned forward. Nate knew what was about to happen, and his lower body clenched, his hands forming fists as Jason pressed the tip of his tongue to the slit of his dick.
Nate jolted, one knee bending. His head snapped back, his eyes closed, and he gripped the blanket, willing himself not to end this too fast. Jason’s tongue remained where it was, and after a moment, Nate forced himself to open his eyes. Jason was watching him. Jason grinned, then placed his lips around the head of Nate’s dick.  Slowly sucked the fluid that was beading at the slit.
“Jason...Jason…” Nate panted. He bent both knees, his legs falling open. He wanted to kick his jeans off. Wanted to lie here spread open for Jason, and who the fuck cared if anyone saw?
“Take these down,” Jason whispered, hooking his finger under the elastic of the briefs. He moved his finger back and forth, tickling Nate’s hip.
Nate hesitated, then lifted again and slid his briefs to his knees, squirming as his bare ass made contact with the blanket.
Jason traced the crease between Nate’s hip and groin. “You look freaked out.” Nate could hear the smile in his voice.
“Maybe I’ll always look like this when I’m having sex. Would that be hot?”
Jason laughed. “You always look hot. But you should definitely relax.”
“Okay.” Nate took a deep breath, then let it out. Gave himself a moment to study the stars before turning his gaze back to Jason. Jason looked so fucking gorgeous that for a second Nate was stunned. He’s mine. Even if it’s just for tonight. His breath caught and his back arched slightly, and he smiled at Jason. “Better?” 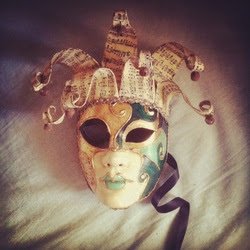 Lisa lives in tropical North Queensland, Australia. She doesn’t know why, because she hates the heat, but she suspects she’s too lazy to move. She spends half her time slaving away as a government minion, and the other half plotting her escape.
She attended university at sixteen, not because she was a child prodigy or anything, but because of a mix-up between international school systems early in life. She studied history and English, neither of them very thoroughly.
She shares her house with too many cats, a dog, a green tree frog that swims in the toilet, and as many possums as can break in every night. This is not how she imagined life as a grown-up. 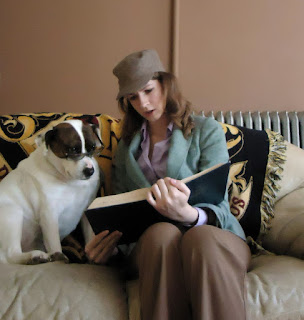 J.A. Rock is the author of over twenty LGBTQ romance and suspense novels, as well as an occasional contributor to HuffPo Queer Voices. J.A.’s books have received Lambda Literary, INDIE, and EPIC Award nominations, and 24/7 was named one of the best books of 2016 by Kirkus Reviews. J.A. lives in Chicago with an extremely judgmental dog, Professor Anne Studebaker.

Win 1 of 3 e-copies of any Lisa Henry or JA Rock back catalog book! Open Internationally.