Inside Darkness by Hudson Lin - Blog Tour with Giveaway 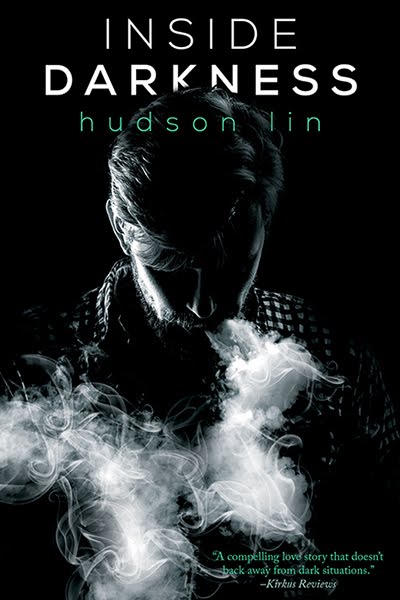 Welcome to the blog tour for Inside Darkness! I’m Hudson Lin and I’m here to share some behind the scenes sneak peaks about my debut novel, available June 11th. Leave a comment on the tour posts for a chance to win a $10 gift card from Amazon!

He’s come in from the field, but the darkness has followed him home.

After a decade as an aid worker, Cameron Donnelly returns home jaded, tired, and with more than just a minor case of PTSD. Plagued by recurring nightmares but refusing to admit he has a problem, Cam quickly spirals into an alcohol-infused depression, and everyone around him is at a loss for how to help.

Journalist Tyler Ang met Cam on a reporting assignment in Kenya, and their first encounters were rife with hostility and sexual tension. Back in New York, their paths continually cross, and each time, Cam’s brokenness reminds Ty more and more of his own difficult childhood. Letting Cam in goes against Ty’s instinct to live life autonomously, but the damaged aid worker manages to sneak past his guard.

Their relationship is all sharp corners and rough edges, and just as they’re figuring out how to fit together, a life-threatening accident puts it all in jeopardy. If they want a future together, both will have to set aside their egos and learn to carry each other’s burdens.

Hudson Lin was raised by conservative immigrant parents and grew up straddling two cultures with often-times conflicting perspectives on life. Instead of conforming to either, she has sought to find a third way that brings together the positive elements of both.

Having spent much of her life on the outside looking in, Hudson likes to write about outsiders who fight to carve out their place in society, and overcome everyday challenges to find love and happily ever afters.

When not engrossed in a story, Hudson knits, drinks tea, and works the nine-to-five in the beautiful city of Toronto, Canada.

To celebrate the release of Inside Darkness, Hudson is giving away a $10 Amazon gift card! Leave a comment with your contact info to enter the contest. Entries close at midnight, Eastern time, on June 16, 2018. Contest is NOT restricted to U.S. entries. Thanks for following along, and don’t forget to leave your contact info!