The Music of Love by Sandine Thomas - Book Blitz with Giveaway 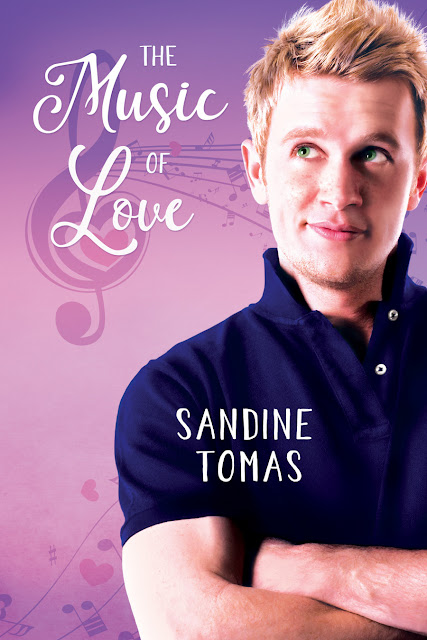 USE CODE MoL40 for 40% DISCOUNT AT DREAMSPINNER!

Sometimes the music of love skips a beat….

Paralegal by day, musician by night, Julian has an expiration date stamped on his forehead when it comes to love. No relationship has made it past a year, so Julian avoids romance like the plague and concentrates on his music instead.

Which works fine until gorgeous, smart, and funny Zachary joins Julian’s firm. One look at the man and Julian knows he’s dangerous. No matter what, he can’t fall for Zachary. He has to spare Zachary the pain of dumping Julian at the one-year mark. His brilliant plan? Ask a straight friend to pose as his significant other to keep Zachary away. Not surprisingly, his scheme does little to dampen the attraction—on either side.

When Zachary gives Julian a second chance despite his deception, Julian thinks his curse might be broken. But then he’s faced with the impossible choice between a life with Zachary and living his dream of touring with the band….

Sandine Tomas grew up an unapologetic bookworm, making friends with characters from the ancient past to the farthest reaches of the universe. Her career as a marketing writer has given her insight into the divergence between what a person thinks they want and what they truly need. Relationships are at the heart of her writing, and she enjoys creating characters who become so real that their stories beg to be told. Writing allows her to explore people and ideas from all sides, spinning a notion around like a gem until its facets glisten.

Twisting the old adage about writing what you know into writing what you feel, Sandine doesn’t shy away from raw emotions, turbulent circumstances, and above all, deep passions, fueled by humor, honesty, and trust. She enjoys instilling her characters with the flaws, courage, and idiosyncrasies that brings them to life.

Sandine lives in New York with her husband, two daughters and a Golden Retriever puppy named Noodle. An unabashed TV and film enthusiast, she happily binge watches her favorites until her eyes glaze over. Her other guilty pleasures include attending fandom conventions, sleeping in on weekends, and recharging solo by holing up with a caramel macchiato and an amazing book.