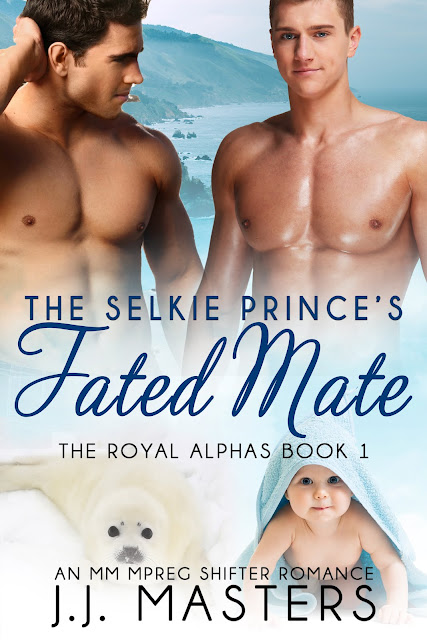 It's a standalone story. The first in a series.

A Selkie prince forced to produce an heir. An omega destined to become a royal’s fated mate...

Prince Kai’s life as he knows it is now over. As the firstborn alpha to the Selkie King of the North, he’s required to produce an heir. Whether he wants to or not. When the Selkie Seekers finally present his fated mate, he dreads being tied to this stranger for the rest of his life. He can only hope his omega will be easy on the eyes and somewhat intelligent.

Raised in a family of good breeding, Luca always knew it was possible he’d end up the mate for an alpha of nobility. Only to whom, he never knew. Every time the Seekers summoned him for the humiliating presentation ceremony to royalty of all levels, he feared being stuck with some unbearable, abusive or very unattractive alpha. As an omega he doesn’t have the choice to say no. Not only is it his obligation, it’s the law. If he refuses, he and his family would become outcasts and banished from the Selkie community.

However, as soon as Kai enters the Great Hall of the North, it’s clear that the handsome prince is his alpha. Luca’s pleased with the choice the fates made until the king demands that not only he become pregnant within six months but produce an alpha pup with his son, otherwise he’ll be cast aside. And getting pregnant mightbe a problem...

Note: A 56k word m/m shifter mpreg story, this is the first book in the Royal Alpha series. Due to the “knotty” times in this book, it is recommended for mature readers only. It can be read as a standalone and, of course, has an HEA.

Luca wandered around the large suite feeling a little overwhelmed. He had been brought here by a beta servant right after finishing dinner. Not that he had eaten much since his stomach had been tied in knots.

How could it not be? He had sat for two long hours next to his new alpha. Imagine that! Hisfated mate turned out to be an actual prince and next in line for the throne as the King of the North.

That meant whatever heirs he produced with this prince could eventually succeed the throne. Whatever pups he bore would be princes in their own right.

But that wasn’t what made him slick with excitement. No, that wasn’t it at all. It was the alpha himself.

Being raised in a family of good breeding, Luca always knew that it could be possible he’d end up being the fated mate for an alpha of nobility. Who and where he never knew. As soon as he had become “of age,” the Selkie Seekers had summoned him time and time again to present him to royalty of all levels. From a king all the way to the lowest level of Selkie nobility, a baronet.

He couldn’t say he enjoyed any of the presentations. They were somewhat humiliating. However, over the last ten years, he’d gotten used to them. Well, as much as he could get used to being nude in a head down, ass up position in front of a crowd. Sometimes for up to an hour at a time.

Each time he was summoned he had hoped he wouldn’t get stuck with some unbearable, abusive or very unattractive alpha. Because if he did, he knew he had to do his duty no matter what and rut with whomever it was. As an omega, he didn’t have a choice to turn away the mate fates handed him.

It was his obligation and, more importantly, it was the law. If he refused, he and his family would be banished from any and all Selkie communities. They would become outcasts.

However, as soon as Prince Kai had entered the Great Hall of the North, he knew that the male was his alpha. Luca’s slick glands had started to leak just slightly, and his hole had loosened in preparation for mating. At that point, it took all that Luca had to remain in place, to stay in his submissive position as the alpha strode around them, inspecting the offering of omegas.

Of course, Luca had snuck in some peeks here and there and was pleased to find that his alpha was in his prime. Tall, broad-chested, dark-haired, and... simply handsome. When the regal prince had brought Luca to his feet, he’d lost his breath as he stared into those Caribbean blue eyes. The ones that bore straight into his soul.

Luca had been overcome with relief that his alpha was not only easy on the eyes but not much older than him. And from what he could tell over dinner, even though conversation was a bit difficult with the table being so long and the royal family being so spread out, his alpha seemed to be intelligent.

J.J. Masters is the alter-ego of a USA Today bestselling author who writes hot, gay romance filled with heart, humor and heat. J.J. became fascinated with mpreg romance as soon as she figured out what mpreg stood for. She loves to write about "knotty" men!