For You I Fall by T.N. Nova & Colette Davison - Release Blitz with Excerpt and Giveaway 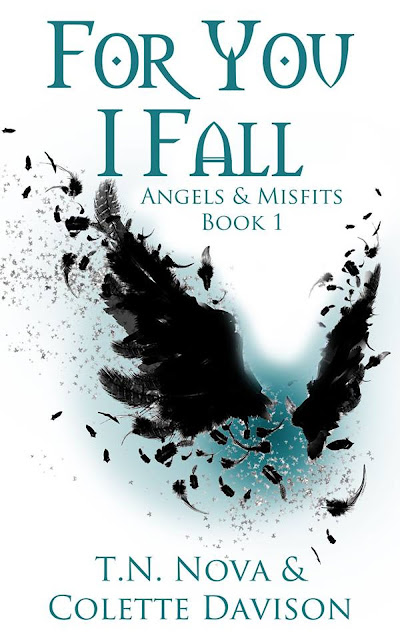 Book Title: For You I Fall

It’s the first of the series but can be read as a standalone story.

Sometimes you must fall before you can fly free.

Despite having had a rough life, Seth has a big heart. After spending nearly ten years sleeping rough on the streets of New York, he’s managed to get himself freelance work and a place to live. But his new-found security is about to be torn apart, as the horrors of his past come back to haunt him in the worst possible way.

Dante was sent to watch over a young Seth when his mother died. As an angel, he had many rules to follow. The most important of which was to never fall in love—especially when it involves a human who is your charge. For the last ten years, Dante has kept his feelings for Seth hidden. That is until the night Seth’s past catches up with him.

When Seth is murdered, their destinies are changed forever. Feelings and emotions come to the surface, but will the rules that govern the afterlife keep Dante and Seth apart for eternity, or will they be able to find their happily ever after together? 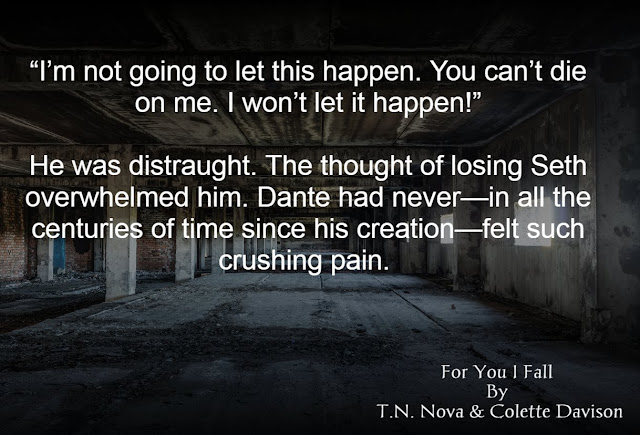 Seth kept the last cup of coffee, now barely lukewarm, for the man who always sat alone, distant from the rest. There was something about him that mesmerized Seth in a way he couldn’t describe. It was probably the man’s eyes, which were a vivid shade of blue that pierced even the darkest night. He sat on the same bench every night, huddled in a tatty black trench coat.

“Seth.” Blue Eyes nodded his thanks as he wrapped his hands around the cup Seth handed to him.

Blue Eyes shrugged, never taking his gaze off Seth as he sipped the coffee. His dark hair fell to his shoulders in waves, framing his handsome face. His olive skin tone made him appear healthier than the rest, although Seth was reasonably sure that was deceptive. A short beard and mustache helped further define his broad chin and sculpted cheekbones. Seth thought to ask his name, but couldn’t convince the question to leave his lips.

He was always like that around Blue Eyes: tongue-tied and awkward. The man was incredibly gorgeous, and Seth couldn’t help but be physically attracted to him. Maybe in another lifetime, under very different circumstances, he would have the confidence to ask Blue Eyes more about himself; discover the mysteries sparkling in the depths of his eyes. But things were what they were and showing interest in the man was wholly inappropriate. So, instead of asking Blue Eyes his name, he uttered a goodbye and turned to go.

T.N. Nova, Terri to her husband and Blazing Zane to her daughter, is the author of contemporary and paranormal gay romance. She's lived in the desert southwest all of her adult life, most recently in Phoenix.

Her guilty pleasures are Minecraft, music, geeky stuff, diet Dr. Pepper, and all things Thor and Loki. She's addicted, so now you know how to bribe her.

Colette’s personal love story began at university, where she met her future husband. An evening of flirting, in the shadow of Lancaster castle, eventually led to a fairy tale wedding. She’s enjoying her own ‘happy ever after’ in the north of England with her husband, two beautiful children and her writing.