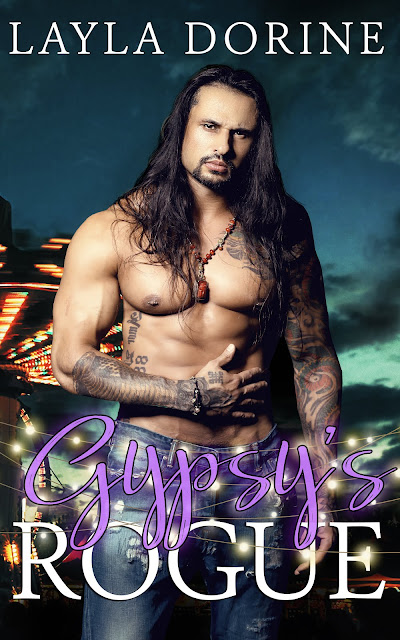 
Growing up with a strictly religious father in a house with little joy, or love, left Grady Stoltz eager to get out. At the first opportunity that presented itself, they left home with a young man who swept them off their feet, used their preferred pronouns, and accepted that they were gender fluid and wished to shed the name Grady and all of the constraints of their former life. Dubbed Gypsy, they never expected to return to that farm or the rural community they’d been raised in, but life took some unexpected turns, and they found themselves returning four years later. A little older, a little wiser, and the new owner of a house full of memories and regrets.

Cleaning the place up is only the first step towards deciding if they wish to sell it, or if they wish to stay and try and make a life for themselves in a place they’ve never felt as if they belonged. Haunted by the memories of the father who could never accept them, the mother they lost at a young age, and their own shortcomings and failures, they are in a very dark place when Rogue arrives.

Charismatic when performing in front of an audience, yet shy and vulnerable when faced with the prospect of being alone in a crowd, Rogue seeks shelter with Gypsy on their middle of nowhere farm, hoping for a new beginning and a chance to see if the tiny spark that had flared between them once before, can be kindled into a roaring flame.

Two battered souls, one tattered farmhouse, an old dog, a cranky chicken, several misspoken words, and one crazed ex-husband combine in an explosive combination of truth, lust, dreams, and vengeance. Will the force of it tear Gypsy and Rogue apart, or will it leave them closer than they ever dared to hope?


Memories. It seemed like once they got going, they never stopped. Staring into the night, the past seemed to flood back like the deluge that was still falling from the sky. They remembered the long drive through Pennsylvania and West Virginia, the old diner at the far tip of Virginia where they’d had lunch and napped on a picnic table with Fester before heading on their way. They remembered the flood of traffic around Knoxville and ending up in the wrong lane, scared they were going to get hopelessly lost before a trucker at a gas station had told them to follow her, she was heading that way and would signal them their exit when they got to it.

That first night in the city, with their sneakered feet on the clean gray sidewalks of Chattanooga, they’d shivered and stared with wide eyes at the sprawling downtown that ended in waterfront and a looming aquarium they were already curious to visit. Fester had trotted happily at their side, sniffing eagerly at each new patch of grass or bench they encountered.

Their stomach rumbled and they rubbed it lightly, torn between feeding it first or finding a place to stay. The heavy weight of exhaustion and the need for a shower won out, and they’d headed for the nearest motel, managing to secure some corner room that was as much a storage place as it was a space to sleep. Seemed like most of the motels were booked full due to something called Riverbend, not like it mattered, they only planned to be there for a night. Tomorrow they’d call the number Rogue had given them, the promise of a small room above the performing arts studio was making them giddy with relief. It would be so nice to get off the road and finally learn what they’d be doing. Rogue had been kind of vague, but then, that just tended to be him.

Didn’t matter anyway, whatever it was they’d have to do it and do it well because their options were slim and there was little hope left for them. They’d already had their pride dented enough by Randy, there was no way in hell they were crawling home to their pops with their tail between their legs to kneel in a corner, praying aloud until he’d deemed they’d prayed enough to atone for their sins. Going back to Randy wasn’t an option either, they crawl for no one, not ever again.

“Know your worth,” Rogue had told them one night, words slurred a bit from too much drink. “Know it and never accept less.”

Sometimes they wondered if he knew his, or if someone somewhere along the line had caused him to feel it was diminished.

Twitchy, alone in a strange place and no idea how to navigate the city, they’d found sleep very difficult to come by that night. Between nervousness and hunger, they’d tossed and turned, gripped the pillow and pulled it up against them, still unused to sleeping alone.
Finally, they’d lifted Fester up on the bed beside them, grateful this was a pet friendly hotel or they’d have been forced to risk sneaking him in like they’d done in Pennsylvania. Thankfully, he was a quiet dog, rarely prone to barking, or they might have found themselves out in the cold.

A storm surged through the city, lightning illuminating the room with every flash, the thunder so loud it had only added to their difficulties sleeping. Tears came without warning, whether from loneliness or exhaustion they didn’t know. Maybe it was just a combination of everything that had taken place in the past two weeks, but the tears wouldn’t stop, even when their face was buried in Fester’s thick folds. As they rubbed their face in his fur he whined and thumped his tail on the pillow, trying to lick their tears and tell them that everything was going to be okay.

Greetings, and thank you so much for welcoming me to your blog today to discuss my first new release in over a year, Gypsy’s Rogue. There was a time when I wasn’t sure this particular project would get finished. There was a moment when Gypsy and Rogue were talking on the enclosed porch and the scene just never progressed past that. For nine months I was stuck on that scene, left the manuscript, worked on other ones, came back and wrote a few lines, erased them, tried again. It became a running joke in my writing group. They’d ask each time I submitted something new, if Gypsy and Rogue were still on the porch, and over and over I said ‘yeah’ a bit depressed about the whole thing. Finally, one of my writing group members asked what the problem was, and as I tried to explain, I realized that the problem wasn’t with them at all. It was with me.

Gypsy and Rogue were telling me over and over that they wanted something meaningful, something that wasn’t going to easily be broken, and I, as the author, was determined to tell the story I’d envisioned. One in which Rogue was a person who would drift in and out of Gypsy’s life for a few days here, or a week there when he wanted to take a break from the road, but that he would never be someone who stayed.

He didn’t like that much, and he made that very clear to me in his steadfast refusal to cooperate with any writing from that point forward, until I gave up trying to tell the story I’d thought I’d set out to tell, and instead, told their story, the way they gave it to me, and boy what a change that was. They came alive from that point forward, and the book that had been stagnant for nine months suddenly spilled out onto the page and was finished in under a month. What a joy that was and what a lesson it taught me. To listen to my characters and never, ever try and push my agendas onto them.

About the Author:
LAYLA DORINE lives among the sprawling prairies of Midwestern America, in a house with more cats than people. She loves hiking, fishing, swimming, martial arts, camping out, photography, cooking, and dabbling with several artistic mediums. In addition, she loves to travel and visit museums, historic, and haunted places, caves, monuments, national parks and quirk spots.

Layla Dorine can be found at: