Reverb by Anna Zabo - Blog Tour with Excerpt and Giveway 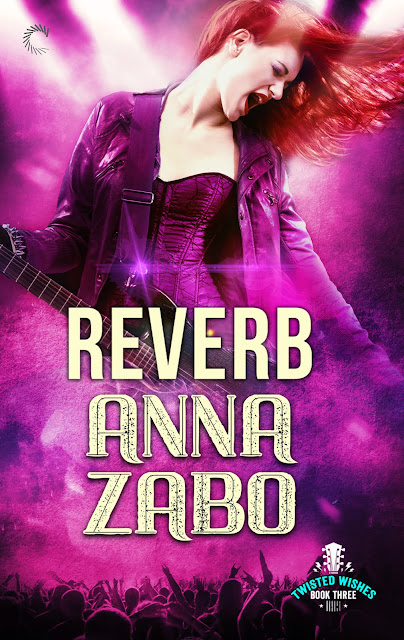 Warnings: Plot revolves around the stalking of a rockstar. Two scenes in a hospital. Short flashback to the start of attempted sexual assault of a minor that is quickly interrupted.

Twisted Wishes bass player Mish Sullivan is a rock goddess—gorgeous, sexy and comfortable in the spotlight. With fame comes unwanted attention, though: a stalker is desperate to get close. Mish can fend for herself, just as she always has. But after an attack lands her in the hospital, the band reacts, sticking her with a bodyguard she doesn’t need or want.

David Altet has an instant connection with Mish. A certified badass, this ex-army martial arts expert can take down a man twice his size. But nothing—not living as a trans man, not his intensive military training—prepared him for the challenge of Mish. Sex with her is a distraction neither of them can afford, yet the hot, kink-filled nights keep coming.

When Mish’s stalker ups his game, David must make a choice—lover or bodyguard. He’d rather have Mish alive than in his bed. But Mish wants David, and no one, especially not a stalker, will force her to give him up. 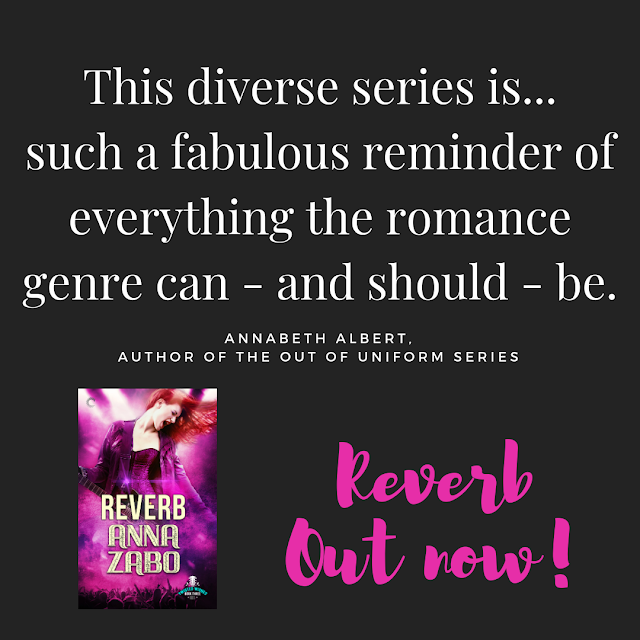 Win any back-catalog e-book by Anna Zabo + a $10 Amazon gift card. Open internationally. Must be 18 to enter and win. 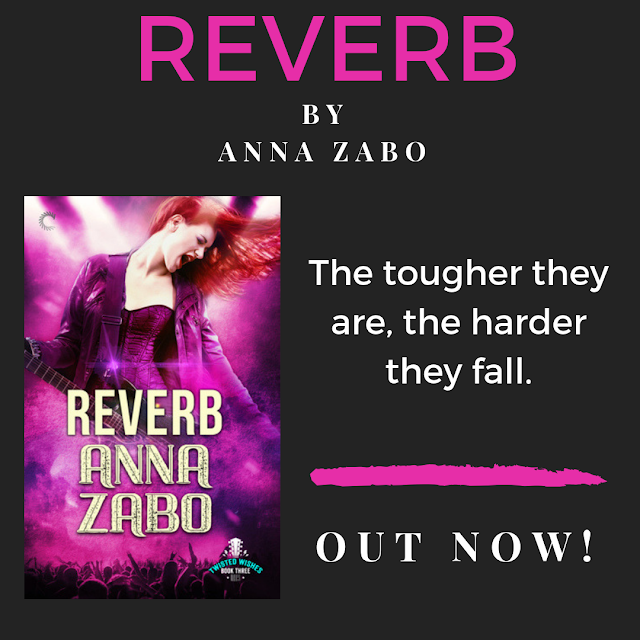 What are you reading now?

Anna: RITA books! This is the time of year (Feb-March) where those of who entered RWA’s RITA awards get our judging packets and we’re reading our peer’s books. I can’t actually say anything about the books I’m reading, but I really do like judging. Sometimes I find new authors to read!

What is the significance of the title?

Anna: Well, all the Twisted Wishes titles are musical terms. In this case, it’s Reverb, which is short for Reverberation. The titles end up being a little thematic to the book, though I don’t always intend that to happen! In acoustics, reverb is the persistence of sound after its produced. It’s the echo, the reflection of that sound. With a guitar, that can be digitally enhanced, but basically, all music and sound reverberates. In this book, actions reverberate. They linger. You can feel them even after they’re over. Events, even from the past, echo forward. But so does love and caring and family.

What did you want to be when you grew up?

Anna: A marine biologist, and then a geneticist. But in my junior year of high school, I discovered I could write and that people loved what I wrote, so my whole career plans shifted, and I ended up going to college for writing! And my day job is technical writing, so everything is writing.

Now, though, if I could go back and get another career (and keep writing), I’d love to go into electrical engineering with an eye on power grids and high voltage. I’m fascinated by how power is transferred and stored on the large scale. Which…is probably weird. But there you have it.

Sometimes protectors need protecting, and there’s no shame in that. It doesn’t make you weak. Sometimes you have to let go of the expectations you’ve carved into yourself to be with someone. Also that the love of family and friends is just as important as romantic love. 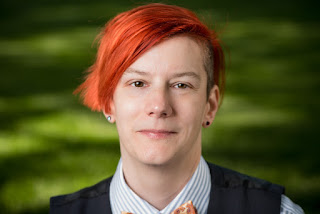 Anna grew up in the wilds of suburban Philadelphia before returning to their ancestral homelands in Western Pennsylvania. They can be easily plied with coffee.