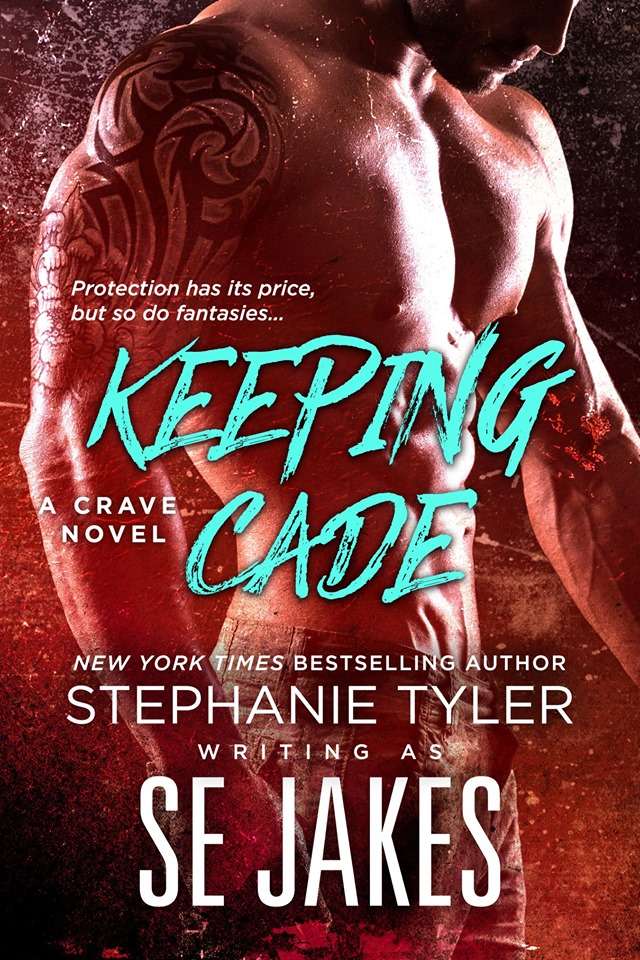 Protection has its price, but so do fantasies…

Fantasy Week happens twice a year at Crave, and it’s always a big hit—a way to live out your wildest fantasy in a safe, sane, and consensual manner.

But when Cade comes in with his Fantasy Week invitation, he’s not happy about it. He’s stoic as hell and his preferences don’t seem to match his fantasy at all…and yet, despite that, he enjoys himself with Tegan and Vic. At least at first.

When it becomes glaringly apparent that the fantasy isn’t something Cade’s comfortable with, it’s confusing for the men he’s been paired with, and Tegan and Vic put a stop to the scene immediately.

What Cade doesn’t know is that Tegan and Vic are not only co-owners of Crave, but they’re also owners of a mercenary group, Gray Ops, that’s run out of Crave. They’ve also been circling each other for years… but nothing sparks until their session with Cade.

What happened in Room 4 is something none of the men can forget…but it’s got nothing to do with a fantasy and everything to do with blackmail. Can Tegan and Vic help Cade keep his secrets, while keeping all of them safe at the same time? Because the threatening to spill out aren’t only Cade’s…

*This series is set in the MEN OF HONOR world, in the bar called Crave from Bound By Honor 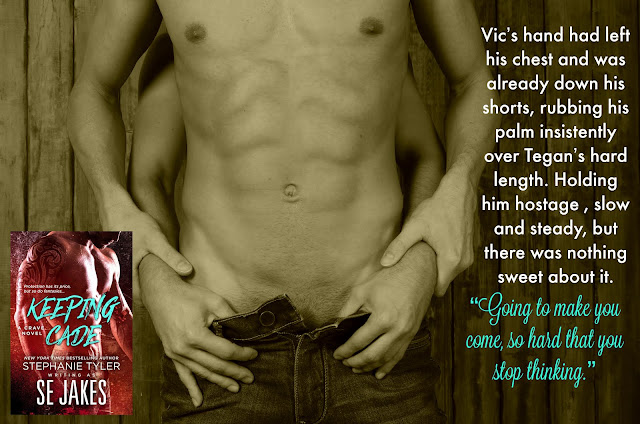 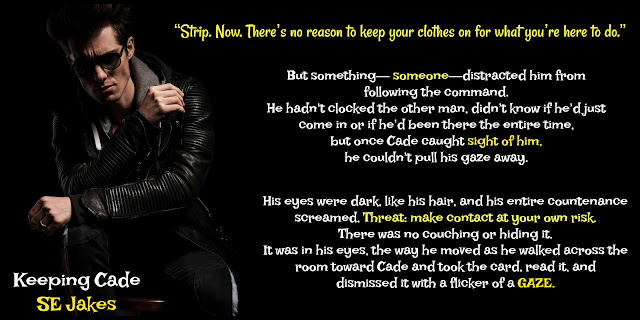 Just when you thought you’d gotten away from this shit, you’re back in.
Oz stopped in front of the door marked Room 4 and handed Cade his card. “Give this to the first man you see inside the room—that’s when your fantasy starts, so now’s the time for any last-minute questions or concerns.”
“I just need to do this.” His heart thudded in his chest. He took a long gulp of water, and Oz put a hand on his arm.
“Hey, it’s normal to be nervous, but this is supposed to be fun. Freeing. Nothing happens that you don’t want. Remember, red and yellow, okay?”
Right—fun and freeing. Cade wanted to tell him that this was an obligation for someone he loved, because of someone he hated who, for all he knew, might show up behind this door…but instead, he simply nodded, handed off his glass…and walked inside.
The door closed behind him as he waited for his eyes to adjust to the low lighting in the room. Later, he’d notice the bed in the corner, the bench, and various BDSM tools, but his immediate focus couldn’t help but narrow, with a laserlike intensity, on a man who took up all the space in the room.
That force of nature stood casually, leaning against the wall, his gaze bent on exposing and seducing and Jesus, he was goddamned beautiful in that hot, badass kind of way with short, spiked, almost white-blond hair that made him look fierce. He was taller than Cade and broader, but his body was honed from whatever work he did for a living and not simply gym muscles. Cade could definitely tell the difference. This man was capable.
This man would break him. And he’d have fun doing it.
Cade shifted, not sure what to do next. Finally, he held out the card and said, “Hey, I’m Cade.” Like maybe the guy didn’t know who he was, or why he was here.
The man’s dark-blue eyes caught him, held him in place. “Hey, I’m the one who’s going to make you scream.”
His voice was a deep drawl that ran like warm honey down Cade’s spine. He fought a shudder and lost, and the man graced him with a wicked smile.
Man up. Get it over with. Cade straightened his spine and waited for the order.
It came far too quickly.
“Strip. Now. There’s no reason to keep your clothes on for what you’re here to do.”

SE Jakes writes m/m romance. She believes in happy endings and fighting for what you want in both fiction and real life. She lives in New York with her family and most days, she can be found happily writing (in bed). No really…