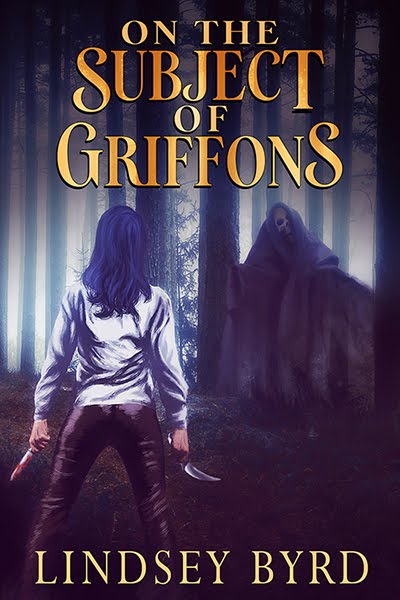 Blurb
They’ll do anything to save their children’s lives, even if it means working together.
Kera Montgomery is still mourning the sudden death of her husband, Morpheus, when her youngest son falls victim to a mysterious plague. With no medicinal cure, Kera must travel to the Long Lakes, where magical griffons capable of healing any ailment reside.
As an heiress unused to grueling travel, Kera struggles with the immense emotional and physical strain of her journey—one made more complex when she crosses paths with her husband’s former mistress, Aurora. Aurora’s daughter is afflicted with the same plague as Kera’s son, so despite their incendiary history, the two women agree to set aside their differences and travel together.
The road is fraught with dangers, both living and dead. Each night, old battlegrounds reanimate with ghosts who don’t know they’ve died, and murderous wraiths hunt for stray travelers caught out after dark. If Kera, Aurora, and their children are going to survive, they’ll need to confront the past that’s been haunting them since their journey began. And perhaps in the process, discover that old friends may not be as trustworthy as they once thought—and old enemies may become so much more.
Now available from Riptide Publishing and where ebooks are sold.

On the Subject of Griffons has a relatively stable setting despite it taking place over a wide area. As far as towns are considered, the characters only really interact with two. They stay at a settlement and a town that’s being built, but there’s really only one fully formed city. For the rest of the book, the characters are travelling and the setting can best be described as: woods, woods, lots of woods, lots of woods and trees. With the exception of the Long Lakes, there aren’t any other geographic features mentioned as landmarks. And the Lakes themselves are only seen once the characters are at their journey’s end.
The two towns are Ship’s Landing and Doleystown. As far as aesthetics go, Ship’s Landing is very much based on late 18th century New York City. Its streets and architecture are post-revolution, with the only key exception being that there’s a distinct barrier surrounding the city to keep the ghosts out at night. Doleystown, by comparison, is more of a small village with a simple street and a few houses/businesses along the strand.
Because I naturally made Ship’s Landing New York City’s 18th century-fantasy equivalent, the journey in my mind seemed synonymous with traveling south through the States. While writing, I naturally envisioned my characters riding down the coast until they reached the Carolinas. Perhaps, unnaturally, that’s where the comparisons end. Although there are plenty of lakes I could have chosen to serve as the visual for the Long Lakes, in my mind they were always New York’s Finger Lakes. 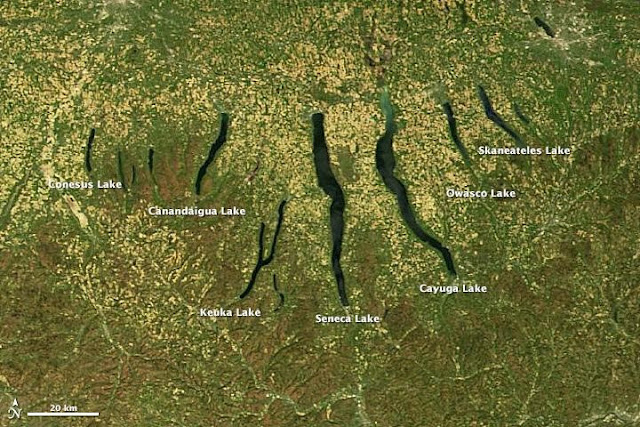 https://terra.nasa.gov/wp-content/uploads/2013/12/FingerLakes_tmo_2013126.jpg
These lakes are thin, but very long. So long that although you can see across them from shore to shore, you can’t see their ends when you’re standing at one point or the other. They’re also beautiful. These lakes tend to turn a very particular shade of blue. Due to the conservation efforts of environmentalists in the Finger Lake region, they’ve retained a healthy overlook that I’ve always been fond of.


Perhaps because I’ve been to them so often, visiting friends or just driving by on my way to school, I enjoyed the image of griffons flying by overhead more than anything else. If I was any better at photo editing, I’d probably manip a little griffon over an image of the lakes. To be honest, I probably will do it at some point. But if you ever wondered which lakes were the inspiration: they’re these. 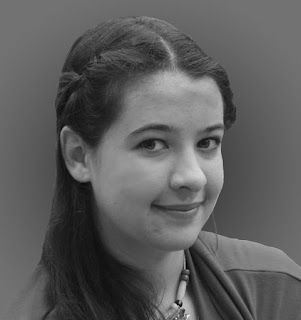 Lindsey Byrd was brought up in upstate, downstate, and western New York. She is a budding historian of law, medieval, and women’s studies and often includes historical anecdotes or references within her works. Lindsey enjoys writing about complex and convoluted issues where finding the moral high-ground can be hard to do. She has a particular love for heroic villains and villainous heroes, as well as inverting and subverting tropes.
Twitter: twitter.com/TheLindseyByrd
Tumblr: tumblr.com/blog/lindseybyrd
Email: thelindseybyrd@gmail.com
Goodreads: goodreads.com/LindseyByrd
Giveaway
To celebrate this release, one lucky person will win a $25 Riptide credit! Leave a comment with your contact info to enter the contest. Entries close at midnight, Eastern time, on June 1, 2019. Contest is NOT restricted to U.S. entries. Thanks for following along, and don’t forget to leave your contact info!