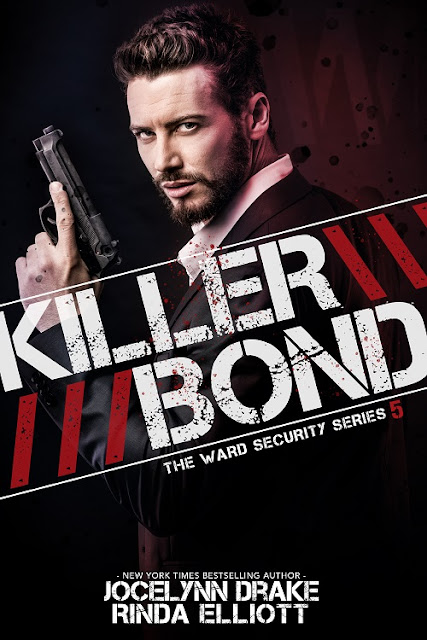 Daniel Hendricks wants a vacation. Ward Security’s accountant and resident code breaker just needs a little R&R from the chaos and usual shenanigans of the office.

But what was supposed to be a sexy vacation hook-up explodes in his face when he’s mistaken for a rogue secret agent.

Now he’s on the run with CIA agent Edward Raines from Bermuda to Barcelona to Paris as they try to find the secrets the real rogue was attempting to sell before another foreign spy does.

The chemistry between them is off the charts, but how is Daniel supposed to trust a man who had originally set out to kill him? 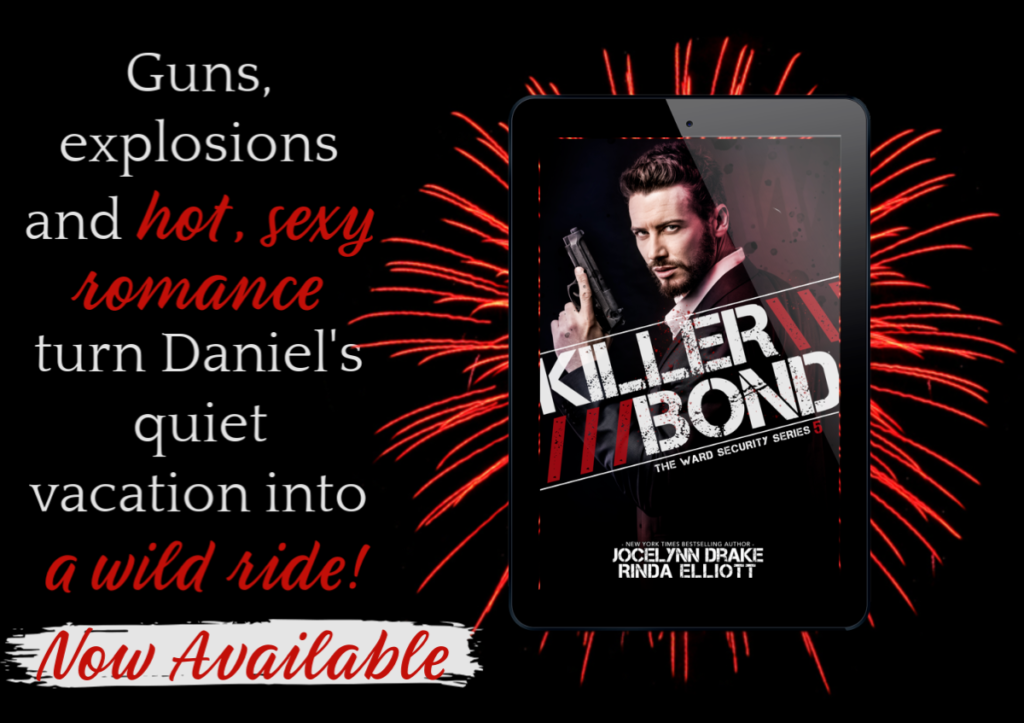 Daniel took a sip of the frozen margarita and hummed his pleasure as the cool, citrus flavor burst over his tongue. It was the perfect antidote to the sun beating down on his head. The sun he was enjoying more than he’d expected.

Bermuda in June held a dreamlike quality that made him feel as if he’d entered another world. Sparkling, white sand. Big, open sky. Crashing surf. And the scenery in between the two was a feast for the senses as well. Rocky outcroppings gave the view texture, and the green of the trees along the sides of the beach only added to the spectacular color.

Of course, a life spent behind a computer meant he was pale as hell, leaving him to slather on suntan lotion. The Fairmont Southampton hotel where he was staying for the next week rose up on the hill behind him with the bright greens of the golf course crossing in front of it.

Today, he was planning to do nothing more than sip the drink at his side, read the latest thriller from his favorite author, and people-watch from his lounge chair on the beach. Maybe in a day or two, he’d wander around the island and take in the sights, but for now, he wanted to do a whole lot of nothing but relax and soak up the rays.

It would be a nice break from his job at Ward Security where he worked as a forensic accountant. He loved his job and especially loved the place he worked, but he still didn’t totally feel like he fit in. Or he was just the perennial wallflower.

But that was the story of his life.

Too shy for his own good, Daniel felt like he was that random piece in search of the right puzzle.

Daniel knew he should feel used to being the outsider, but Ward Security only brought it into stark clarity because all his coworkers were so outgoing. They’d become their own tight-knit family. They all tried to make him feel included, but Daniel’s insecurity and awkwardness kept him from joining in as much as he knew he should.

Even now, Quinn Lake was texting him for more pictures of Bermuda. One of Ward Security’s resident hackers, the poor guy spent even more time behind his computer than Daniel did. He admitted when Daniel mentioned his planned vacation that he never traveled, preferring to stick close to his ailing mother. But he loved to live vicariously through his constantly roaming coworkers.

Smirking, Daniel grabbed his margarita and held it up so that the beach and surf were clear in the background when he snapped the picture. He sent the image, took another drink of his alcoholic beverage, and put it down on the little table beside him. He was just about to put his phone down as well when it pinged with another message.

A loud laugh jumped from his throat when he opened it to find Quinn had sent back a picture of him and Dominic Walsh. The hacker and the redheaded bodyguard were both glaring and flipping him the bird.

Dom says you need to find a man to go with that drink, Quinn texted a second later.

Daniel put his phone down without replying, but a smile still lingered on his lips. This vacation was not about finding a summer hookup. This was his chance to wind down and get his head on track. He’d been pulling long hours at Ward, and he’d looked forward to this vacation for a long time.

An hour later, he half dozed, lulled by the alcohol and sun, his book forgotten on his lap. A lounge chair next to his creaked, and Daniel could only assume that someone was stretching out in the sun. He didn’t even bother to open his eyes, was just grateful this newcomer didn’t come with chatty friends or screaming kids. Right then, there was only the sound of the crashing surf on the beach and the low, distant sound of music drifting from the nearby beach bar. This was heaven.

It wasn’t until he turned over that he cracked his eyes and caught a glimpse of the man next to him. His eyes flew open wide to take in all six and a half feet of the gorgeous creature. Blessed with broad shoulders, narrow waist and hips, the man was stunning. Black hair and a close-cropped beard gave his craggy face character. Daniel had always been a sucker for the rough-hewn look on a man, and this guy had rough down pat with his thin face, bladed cheekbones, and full lips. His arms looked like he could out bench-press the security agents at Ward Security. Black tattoos covered his left shoulder and upper arm in an almost-hypnotic design. He wore plain black swim trunks that came to only the tops of his thighs and looked as if they were painted onto his perfect form.

Daniel was used to being around big men, used to feeling kind of small despite his height of five eleven, thanks to the mountains strolling around Ward Security. He was built thin. Hours of working out would never change that. Taut and whipcord lean was what his last boyfriend called him. And Derek was the last person Daniel wanted to think about. Derek and his wandering dick.

Dark eyes turned his way, and the smile that stretched those full lips did something to Daniel’s chest. He smiled back as he settled on his stomach and closed his eyes. Wouldn’t do to stare at the hot man like some creeper. Though he couldn’t help but crack his eyes one more time. Those eyes—brown—were still on him, and they held interest as they ran down his form and locked on his ass. His ass was the one thing not lean about him. “A perfect, round bubble butt,” Derek had said.

It took all his effort to hold back a grin when the man looked at him and shrugged sheepishly. He held out a hand. “Might as well introduce myself now that I’ve come across as a complete tool. I’m Edward. Edward Raines.”